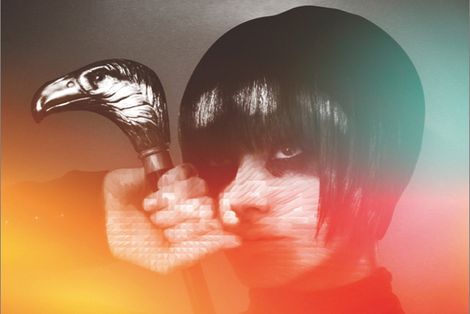 Liverpool Sound City serves up some of music’s freshest new music from all corners of the globe, Getintothis sifts through the wealth of talent on offer to present a handy guide to the must-see international acts.

We’ve done the Liverpool lot, and followed suit with the top 10 to watch from the UK – well here’s the best of the international scene.
And because we’re feeling generous we’ve slipped in a cheeky 11th addition. There’s simply too much goodness. And we didn’t even include The Walkmen. That’s how much good stuff is on offer.
1. Oneohtrix Point Never at the Kazimier, Thursday May 2, 10.15pm
There’s few more on it cats than electronic wizard Daniel Lopatin aka Oneohtrix Point Never.
Specialising in warped, textured electronic waves of sound, Lopatin fuses disturbing, otherwordly drones through vintage synths, samples and collages of modulating noise. Both disquieting and stunningly beautiful, expect the Kazimier to be rammed to the rafters when this Brooklyn pioneer drops into town.

3. Christine and the Queens at Kazimier Gardens, Thursday 11.15-midnight
Parisian Christine is one of the fine examples of hidden diamonds buried within Sound City‘s expansive line up. Her hook-laden shimmering pop has the immediacy of Robyn with the guile of Chairlift.
Mixing performance, video and stunning live shows, the setting of the Kazimier Gardens should provide a perfect backdrop to her glistening electronic pop gems.

4. Unknown Mortal Orchestra at Duke Street Garage, Friday 10.30-11.15pm
If languid psych funk is your music of choice then look no further than Ruban Nielson‘s UMO.
Signed to Jagjaguwar, more of a badge of honour, than a record label, UMO have just released their second album II which showcases their melancholic almost whimsical folk-rock musings which meander into your soul. Immerse yourself.

6. Galaxy Express at Studio 2, Friday 1.15am-1.45am
Just when you’re starting to flag in the wee small hours of Friday morning along comes this rock-fuelled Korean bomb, Galaxy Express.
One of the four acts lining up as part of the Korean Party showcase alongside the noise-riot of Apollo 18, Gate Flowers and Goonamguayeoridingstella (try pronouncing that at 2am, in fact trying pronouncing that any time) in Studio 2, this lot are mad as a box of spanners – and it’s these corking little international showcases that make the festival so special.
Last year’s Australian BBQ and the Polish showcases were two of the festival’s highlights – and this one could be another in the 2013 edition.

7. Mind Enterprises at the Kazimier, Saturday May 4, 9.30-10pm.
Turin space cowboy, Andrea Tirone, lives up to his moniker with an interplanetary blend of afro-freak-out-tribalism that recalls the avant-rock of Miles Davis jamming with Shabazz Palaces; mystifyingly funky.
He kicks starts a night of effortless jams inside the Kazimier alongside one of our favourites Brolin.

8. Bad Guys at Screenadelica, Saturday May 4, 10-10.30pm
Screenadelica is home to Sound City new noise. You like your music loud, heavy, gnarly and loaded with fun then this should be your home for the next three days.
Bad Guys typify Screenadelica‘s ethos – monstrous sonic booms, bass quakes and spittle-coated vocal roars.
They’ve played three All Tomorrow’s Parties, played on the plinth in Trafalgar Square, played Field Day, pissed off a lot of security, got a bunch of fines, and helped a lot of people have a lot of fun.
And if that’s not enough, when you’re on the verge of passing out, you can kick back and look at the nifty poster exhibition set up in Screenadelica. Bonus.

9. Sun Glitters at Kazimier Gardens, Saturday May 4, 11pm-12midnight
Luxembourg’s Victor Ferreira bags a prime slot in the Kazimier Gardens for his serene late-night/early-morning glitch pop lullabies.
Dense liquid-like melodies, imbued with pitch-shifted vocals and dreamy keys, Sun Glitters sounds like the final moments of sleep – a resting of the senses. Fans of Four Tet or Caribou will be in raptures when he releases these sun-kissed electronic diamonds.

10. Fist City at Sound Food and Drink, Saturday May 4, 12-12.30am
Canadian surf-punk bums are ideally suited to the debauched decadence of Duke Street’s Sound Food And Drink.
Expect lo-fi scuzz colliding with catchy-as-hell pop punk that’ll leave your ears rattling until the early hours of Sunday morning. The best kind of fun.

11. Bo Ningen at Screenadelica, Saturday May 4, 1.45am-2.30am
Four lunatic Japanese dudes playing frenzied rock and roll deep into the early hours of Sunday morning – the only way to round off three days and nights of aural carnage.
They’ve also collaborated with woman of the moment, Jehnny Beth of Savages, who play the previous night over the road in the Arts Academy. What we wouldn’t give for a little team up for a Sound City exclusive. You up for that, Jehn?