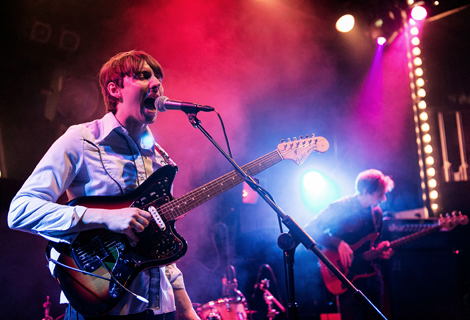 Not to be outdone by the blanket onset of Christmas and its obscuring of real-life concerns, Threshold Festival have announced a first brace of acts confirmed for their Baltic Triangle bonanza from Friday 28 to Sunday March 30.
First up is Etches, who are gathering pace and plaudits since the release of debut single Let’s Move In.
The second group are The Wild Eyes, who following an eventful 2013 which saw the lads perform at the GIT Award 2013 and Liverpool International Music Festival, are set to reveal their debut album via the Baltic Sub label.
With much more up their sleeve for March, Threshold is promising a very different experience to previous years with a true multi-venue odyssey of the Creative Quarter throughout the three days.
“Threshold will occupy some great new venues in the district, the place is evolving all the time and it’s exciting to be a part of. We’re kicking off the year of the Baltic Triangle” said Threshold producer Chris Herstad Carney.
Early Bird weekend tickets are £10 but go up in price on New Year’s Day to £25.
For further information click here.