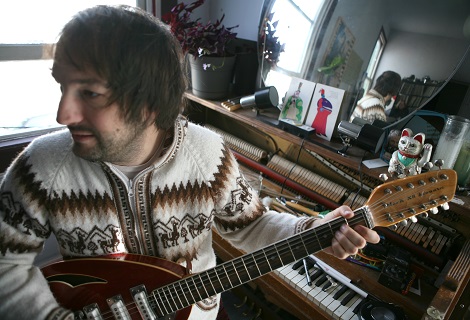 Kelley Stoltz has quickly positioned himself as a veritable godfather to the burgeoning San Francisco under/overground scene.
Since the late-90s, his home recorded, multi-instrumentalist chaos has attracted fans from far and wide.
His fifth album, 2013’s Double Exposure, was released via Jack White’s Third Man Records and as a consequence of its plaudits, Stoltz has announced his first UK headline shows in over three years which will be landing at the Shipping Forecast on Wednesday February 26.
The tour comes ahead of the release of latest single Cross Your Mind while support on the night comes from those loveable madcaps The Cubical, who will be serving up a rare acoustic gig.