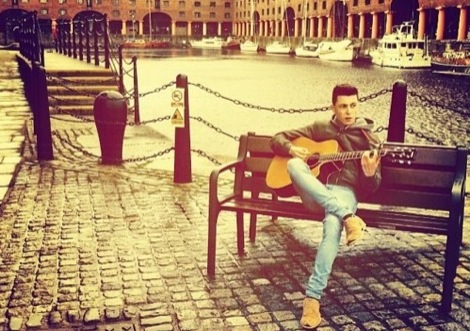 We’re all guilty of it and we’ve all done it: clocking the Scouser with the acoustic guitar and thinking we’ve heard it all before. And you know what… we may well have.
But, so what? The wheel may be retro, but if an ambulance is on its way to pick us up in an emergency, it better have four of ’em. Our point? The early signs are that teenager Paddy Clegg isn’t about to reinvent said wheel. But the boy can sing. His melodies hit you where it hurts and his urgent sense of rhythm suggests lyrics and chords are written in between tweets and snap chats. In other words, he’s the sound of right now.
His tunes are instant – you get the feeling that standout song Back To The Start was written, recorded and given away free on SoundCloud in ten minutes flat. It’s a belter, destined to be sung back by a big crowd.
A little bit The La’s, but with a charmed innocence to the voice that brings Jake Bugg‘s hit ballad Broken to mind, Clegg’s debut EP Head In The Clouds alternates between delicate finger pickers and rattle ‘n’ roll strummers.
As starts go, Paddy is off to a flyer.