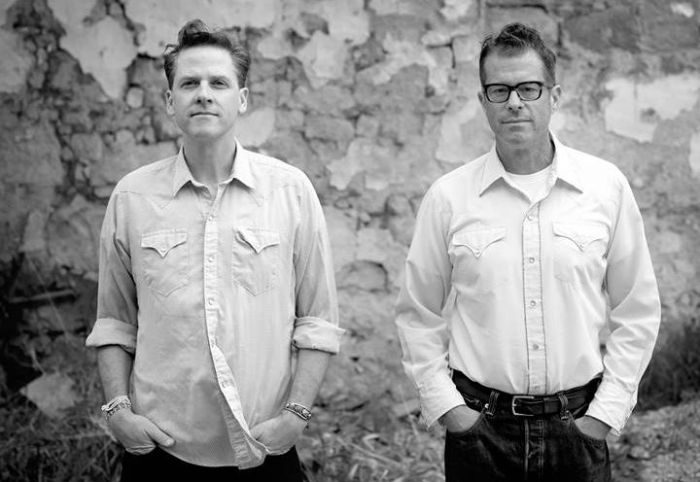 Americana veterans Calexico are to make their long awaited Liverpool return, Getintothis‘ Paul Higham on their 2015 show at the newly refurbished Phil.

In a week of big announcements we can add one more to the list. Calexico will return to Liverpool for the first time since 2006 to play a the newly refurbished Philharmonic Hall on 1 May 2015.

Natives of Tucson, Arizona, Calexico‘s sound is inextricably linked to the band’s locale. Focused around a tight-yet-loose rhythm section of John Convertino and Joey Burns, the band combine traditional latin forms such as Tejano and Mariachi with elements of southwest jazz and western swing.

Their music is equally informed by the alternative music scene in which it was formed and contains elements of post-rock and broad cinematic soundscapes. This all creates a distinctive sound that makes them quite unlike any of their contemporaries.

Indeed there are few able to evoke the dusty landscapes and dry-hot atmosphere of the American southwest quite like Convertino and Burns. Theirs is a world of frontier towns, desert landscapes and romance, all laced with a latin heat and energy.

A Calexico live show often features a cavalcade of live performers, all virtuosos in their field. As anyone who has seen them before would testify, Convertino and Burns are adept at subtly restraining such big sounds thus creating something as spectacular as it is distinctive.

Calexico have collaborated with Sam Beam from Iron and Wine and Doug McCombs of Tortoise and their music has been used in many films, notably Güero Canelo in Michael Mann‘s Collateral.

Most recent LP, 2012’s Algiers, hinted at an evolution in the band’s sound. Recorded in New Orleans the band took influence from their new surroundings without completely letting go of their southwestern influences. The album is refined and textured characterised by exemplary yet restrained musicianship. It is a work of rare beauty.

The band are working on a new album which is expected to be released in 2015 in support of their European tour.

Tickets for the Philharmonic show go on general sale from 10am today (Friday 14 November).

Support comes from Canadian quartet The Barr Brothers whose record Sleeping Operator featured in our top 100 albums of 2014.

Check out the new video for Falling from the Sky, live from the studio.