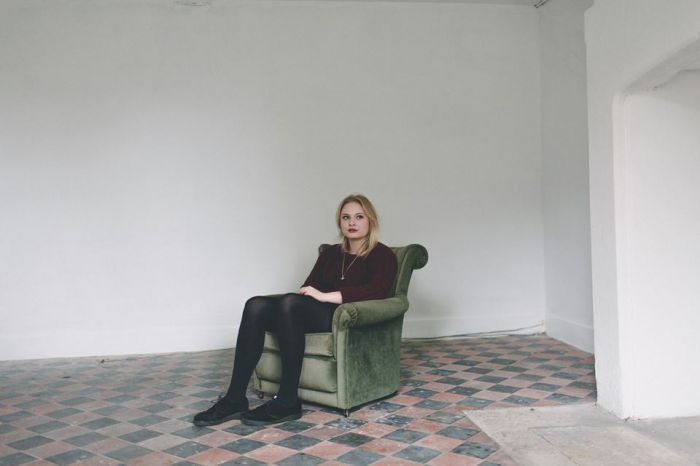 Having signed to XL Recordings and released her Understudy EP, Getintothis’ Adam Lowerson explores the whirlwind year since Lapsley was named One to Watch.

From the understated sounds of Station that first drew the attention of the world to her, to the electronic soul-pop of her Understudy EP, everything has changed for 18 year old Holly Lapsley Fletcher in the 12 months between these two releases. Having racked up close to two million plays on her Soundcloud page and becoming a regular on the Radio One playlist, there’s probably little we can tell you about her that you don’t already know. She has emerged from Liverpool and in a short space of time began to show the makings of a genuine pop star. But don’t say we didn’t warn you.

It’s been less than a year since Lapsley received the inaugural One to Watch prize at the GIT Awards 2014, and in that time she has signed to the management team behind Adele’s success at XL Recordings, been included on the BBC Sound of 2015 shortlist and swooped up the Blog Sound of 2015 gong. Not bad going for an 18-year-old.

The past year has no doubt been a whirlwind, but the ever growing popularity is not something which Lapsley is letting effect her. In an interview with The Skinny, she said “I’m not really fazed by it. I put Station on the internet at Christmas time and then just left it. Although a lot of things are going on, I’m still in my room making music – nothing’s really changed. Well, I’ve got a manager now. But I’m organised and I’m ready for it all.”

This maturity and attitude towards her success so far is something which is reflected in her music, with the recently released Understudy EP, her debut on XL, showcasing the incredible talent that she has, not only as a singer/songwriter, but as a producer also. The minimalistic, electro-soul sound of the lead single Falling Short is an intricate, refined pop gem. It takes the best aspects of Station, the track which kickstarted it all, and gives it a new glossy sheen, complete with the vocals of Lapsley’s pitch-shifted male alter-ego, something which is becoming somewhat a trademark. We must admit, she sounds just as good as a male as she does herself.

It’s unusual for a young artist to have such control over their music, with Lapsley taking the reigns of everything from songwriting to the production of tracks, and this is something which has always been the goal. She told The Skinny, “I don’t like the friction of being in a band. I’ve got my own ideas and I don’t want anyone else to tell me ‘this is right, this is wrong.’ If I do it myself, there’s only me controlling it.”

This control saw Lapsley take a radical transformation in sound, having originally written acoustic guitar music before eventually taking the electronic direction which we know her for today. Something which she says was always the plan, telling Annie Mac “I started learning to produce Christmas 2013. I’d always wanted to make the transition from acoustic to electronic as I had been really into electronic for a few years. So I just went on garage band and messed around, created the Monday EP, followed by Station and Painter. Now I’m moving on to Logic slowly, but yeah it’s something that I know in time will improve and I love the challenge and creativity of production.” 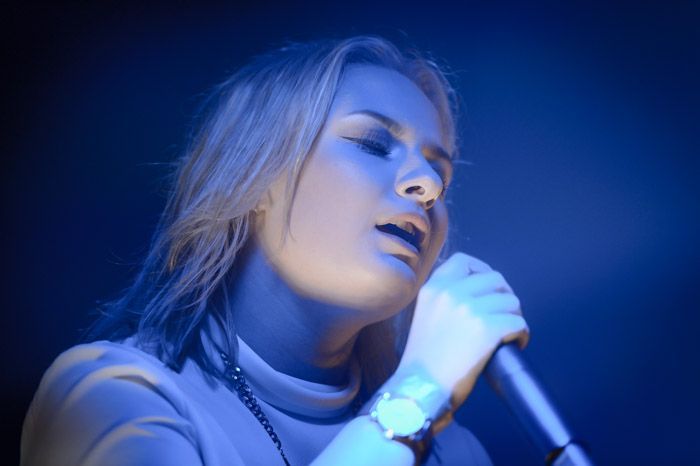 To hear that Lapsley only began to produce music little over a year ago is astounding, and with the learning curve no doubt set to continue, the Formby songwriter’s potential is obvious. But we could have to wait a little longer to see it. With things going quite quiet since the release of Understudy, it’s clear her management are keeping things on the down low for the time being before Lapsley is unleashed upon this summer’s festival crowds. With performances at Bestival, Parklike and the Great Escape already in the pipeline for later this year, her debut gig at Leaf back in early 2014 seems a lifetime away.

A gig which could be considered the night where it all began. With a crowd made up of journalists, record labels reps and industry big wigs, Leaf was filled with an expectant crowd, all wanting to witness the artist behind the much hyped Station. So, no pressure on Lapsley then. If there was pressure, she certainly didn’t let it get to her as she told Getintothis in 2014, “I was aware that they were all there, but it didn’t really phase me. I did try to chat to as many people I could in the short space of time, but I was more excited about playing than meeting people to be honest. I felt like I had finally found my niche, performing an electronic set is so much more exciting. I even had to apologise to the audience for my two-step shuffle on stage.”

It’s important not to get carried away with an emerging artist, especially one so young. But from the small handful of tracks we’ve heard so far, it’s pretty obvious that Lapsley has the potential to go a long way. She is already outgrowing the Liverpool scene from which she emerged, and now based down in London where she is studying at university, the next step will be to cement her place in the national limelight.

She hasn’t forgotten about Liverpool though, and admits that she owes a lot to the city’s diverse music scene. She told Annie Mac, “Due to the diversity of the city I was exposed to many different genres since the age of 14. I would go to techno nights, acoustic/folk, jungle, deep house and classical concerts. After going to other nights around the country and in London since, I still feel like Liverpool has the best venues, best crowd, best vibe and the best selection of quality music.”

She is certainly in fine company on this year’s GIT Award shortlist, so to complete the double and pick up the main prize 12 months after being named the One to Watch would be a huge achievement. Whether that happens or not, Lapsley’s journey is only just beginning. It started with a Station, who knows where it could take her.