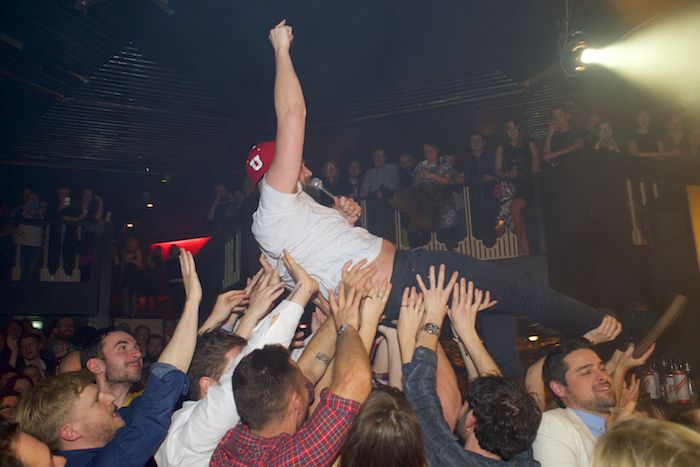 Ten Bands Ten Minutes roll out the red carpet for a Night at the Movies, Getintothis’ Emma Walsh charts the movie reel magic at The Kazimier.

Forgets the Oscars and bugger to the BAFTAs, the biggest date in the movies calendar this year was Ten Bands Ten Minutes: At the Movies. No other gig night on the Liverpool circuit fills a venue so quickly with a first come, first serve entrance policy and an early kick off that barely allows ample opportunity to digest your tea before hitting up The Kazimier.

It was a strong start from A Lovely War, kicking things off with a charming cover of Toy Story classic, Randy Newman’s Strange Things – an underrated tune on a frankly superb soundtrack. Applying the same convivial approach to Natalie McCool’s appropriated track, the beautiful Nightcall, originally recorded by French electro house artist Kavinsky for Drive, and completed their hat-trick with Breakfast Club anthem Don’t You Forget About Me, which we might have predicted from Sean Keogh‘s t-shirt, but sadly he failed to finish with the iconic fist pump. Rookie mistake lads.

Big Safari also made some rookie mistakes, namely by taking themselves too seriously and daring to play two of their own boring tracks when all we wanted to hear was the Ghostbusters theme and something by The Bee Gees. Their lead singer ranted about the sound quality, fumed at his guitar strap and generally looked pissed off that despite all efforts with personal styling, he still wasn’t Broken Men’s Bobby Westhead. Again, a band member’s choice of attire gave away the cover choice, in this case humbug trousers signalling Beetlejuice belter Jump In the Line Shake Senora.

Huge tune, mediocre delivery and the singer’s wade into the crowd for an awkward looking hug was just cringe-worthy.

Someone who definitely didn’t take themselves too seriously was White Blacula who’d apparently gone all out with the costume choices without actually consulting each other on a general theme. We didn’t know whether to expect The Sound of Music or something from Bee Movie but if the limbering up and lunges beforehand were anything to judge by – it was going to be an energetic affair. It was also a bit of a niche set with covers from Terminator II and Teen Wolf  – not our particular cup of Earl Grey, but an impressive performance all the same.

Double Double Plus Good also failed to awe the audience with Pretty in Pink and Karate Kid II‘s The Glory of Love passing us by without much ado.

The trio were truly put to shame by the grand efforts of The Swapsies who’d even bagged a cameo from none other than the green machine Kermit the Frog for their opening track.

The low key but very congenial Everybody’s Talking could have been in reference to any number of films, having appeared in Forrest Gump, Toy Story, and Midnight Cowboy. They closed on one of the most anticipated tunes of the night, the drummer’s get up raising hopes beyond repair for a Bugsy Malone cover.

You Give a Little Love received a hearty singalong, complete with toy Tommy Guns and whipped creamed faces to top it off.

Man in the Dark continued the crowd participation with If you’re sexy and you know it clap your hands (yes, the children’s happy clappy singalong) only to launch into Hot Stuff from The Full Monty. Continuing to dazzle the band went on to perform a tremendous rendition of Live and Let Die filling the James Bond quota for the evening. Going out on a high, they finished with Higher and Higher of Ghostbuster II acclaim.

After so many crowd pleasers Avenging Force were intent on challenging our expectations with two heavy instrumental renditions that, unfortunately, floated right over our fluffy little heads [shocking behaviour, John Carpenter‘s Assault on Precinct 13 and The Terminator were two of the night’s highlights – Film Soundtrack Ed]. We could not fail to recognise their closing tune however, as we doubt anyone in their galaxy could, as Mean Jean/Puzzles‘s Lucy joined the boys on stage to belt out an all round impassioned version of Frozen’s Let it Go.

After enjoying a bit of a band love in singing along to Show Me Heaven in the break, Silent Sleep had some of us puzzled with the opening ‘na na nas’ of their set, though slow but surely it all became clear and the chorus grew around the venue, it was none other than the opening theme to Jurassic Park, confirmed at the end by a simple tuneful call of “dinosaurs”.

Things were only going to get better however as Chris McIntosh sheepishly asked if the crowd were prepared to catch him on the next song. And from then we knew. Someone was going to brave the Dirty Dancing stage dive. Throwing themselves into it without reserve, the band delivered a theatrical performance of Time of my Life that would have put Patrick Swayze to shame, complete with stage dive, crowd surf, and a missing shoe – not quite as elegant as Jennifer Grey but an award winning performance.

We’d go so far as to say, it was the finest dive we’ve seen since Madge stacked it at the BRITs last week. Honest.

We had some poor quality video footage of this but have been forewarned by agents from Environmental Health and the European Court of Human Rights not to inflict our own seriously bad crooning that accompanies Silent Sleep’s epic performance on anyone living or dead. Soz.

To close the night, hosts Married to the Sea took to the stage in a variety of ensembles, including Waynes World and The Life Aquatic, to deliver a medley of movie songs including Cher’s The Shoop Shoop Song from Mermaids, Wayne’s World classic Ballroom Blitz and The Heat is On from Beverly Hills Cop. Channelling Eminem, the lads also brought 8 Mile to The Kazimier, thrashing out Lose Yourself to a fervent audience.

With more from KISS‘s Bill and Ted’s Bogus Journey hit God Gave Rock n Roll to You and finishing with Footloose Married to the Sea left The Kazimier crowd with their dancing shoes on fully warmed up for Gold Soundz’ DJ set of movie anthems.

If you’ve been counting you’ll know we’re still a band short of a full house, that’s because we confused the very brief opening set from Faded Gold as a sound check, it was unfortunately hurried, unremarkable and plagued by techie gremlins. Next time, Faded Gold next time. 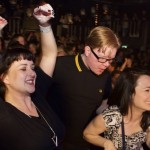 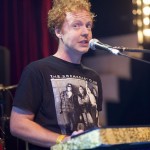 The Breakfast Club from A Lovely War 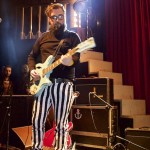 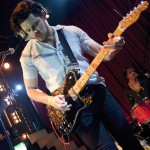 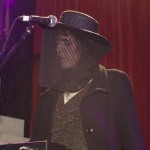 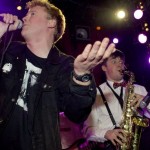 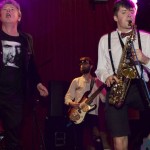 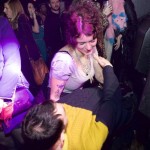 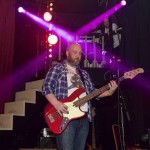 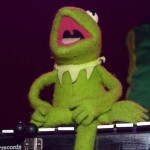 Kermit makes an appearance with The Swapsies 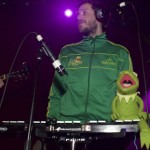 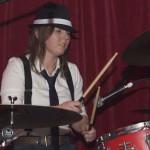 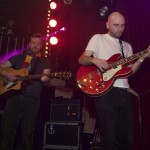 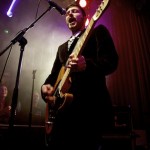 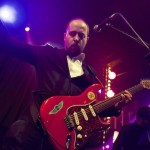 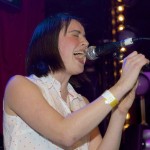 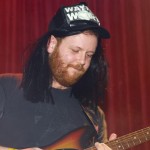 Wayne Campbell makes a cameo, At the Movies, 2015 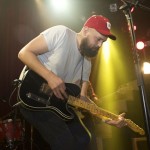 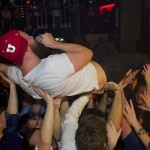 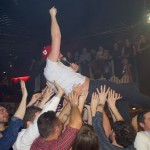 Silent Sleep brave the Dirty Dancing dive, At The Movies, 2015 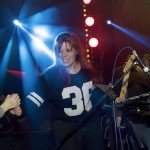 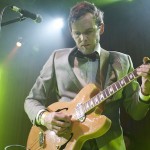 Married to the Sea 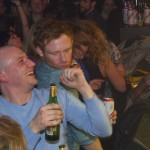 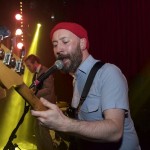 Married to the Sea ala Life Aquatic, At The Movies, 2015