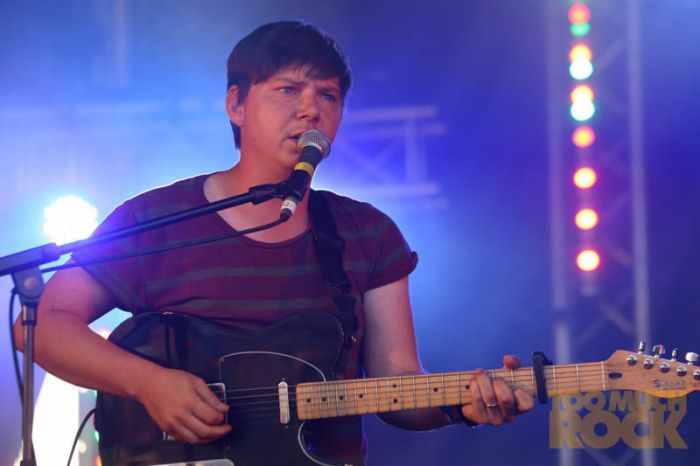 Welsh songsmith Sweet Baboo is back with a new track ahead of a new album and tour this Autumn, Getintothis’ Tom Konstantynowicz has the lowdown.

Stephen Black AKA Sweet Baboo is in contemplative mood in this latest cut from forthcoming album The Boombox Ballads, his fifth to date. Got To Hang On To You explores the romance of playing your favourite records to a significant other.

‘All I wanna do is play you songs you might like’ sings Black as he paints an idyllic picture of staying indoors and finding common ground through music with that special someone.

He’s certainly an expert in finding beauty in the every day melancholia, recalling ‘that song when we cleaned out the kitchen cupboards’ rather than the more stereotypical options, song we shared our first kiss to etc, etc.

It’s a track which, along with previous single Sometimes, definitely comes from the same mould as label-mates on Moshi Moshi, The Wave Pictures, with pop tinged guitar licks and whimsical lyrics taking the lead in his perfectly crafted alternative love songs.

Got To Hang On To You is the perfect appetiser for an album on which Black has intriguingly stated that he wanted “to explore more what it was to be a singer as opposed to a singer songwriter”.

The visuals for the track (which you can watch below) were created by Ewan James Morris and see Black in some reflective poses, quite literally as the video is shot exclusively into numerous mirrors of all shapes and sizes.

Sweet Baboo hits the road in September on an extensive run of dates throughout the UK, hitting Liverpool on September 7 at Leaf.

His headline shows follow an appearance last month at The Kazimier as part of good friend H Hawkline‘s band. Very able support on the night will be provided by Liverpool art-pop newcomers Year Of The Fiery Horse and folk-pop veterans Silent Sleep.

Boombox Ballads is due for release in August via Moshi Moshi Records.