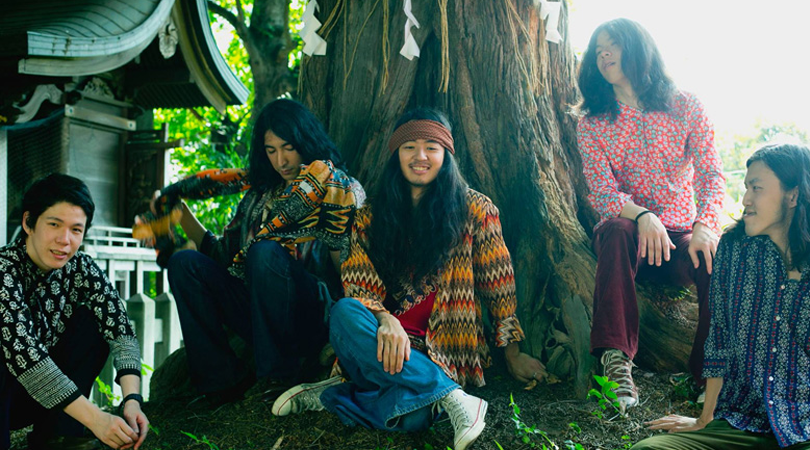 Lucid dreams, Spanish utopian soundscapes and more top work from one of the most influential pioneers of rock and roll right now, Getintothis’ Matthew Wood scoops up this week’s new music.

If you’re one of those people who has propped yourself up in the early hours to jot down a dream in hope of inducing a lucid dream, then you and KIKAGAKU MOYO are on a similar wavelength.

Silver Owl is about 7 minutes of blissful, breathy vocals, patient chord progressions and tumbling riffs and fills that make this a marvellous number to drift off to, while the final 30% of the track is dedicated to an exercise in mind bending shredding. Sometimes there’s nothing better than a progressive ten minutes of psychedelia, I’m sure you’ll agree.

Their debut album House in The Tall Grass hits the shelves on May 13 and obviously Liverpool International Festival of Psychedelia has secured them for the lineup, it promises to be a belter.

I’ve always perferred M83’s instrumental outings like the unbelievably spine tingling Lower Your Eyes To Die With The Sun and I have to say that the generic, delay laden vocal from Mai Lan in Go provides no exception.

It’s an amalgamation of genres that for me don’t quite mix, but settle awkwardly like oil and water.

The elements, standing alone are of an excellent quality; the jazz fusion undertones, the dark dazzling synths and the rip roaring solo to finish, but together they’re a little kitsch and unthoughtful.

Parts of it sound like the product of a group of mates with conflicting interest; one has recently heard Tame Impala’s Currents, one got a Sax for Christmas and their guitarist is still in his Herman Lee/ Dragonforce phase that many of us grew out of after the dawn of Guitar Hero 3.

Saying all that it’s still magnificently catchy, I may be being extra critical here, see what you think.

Establishing themselves as one of the most prolific acts since 2010, managing four solid albums in as many years, Parquet Courts‘ fifth record Human Performance is out this Friday, April 8.

While nothing could top 2012’s Light Up Gold, which for me was a slacker rock masterpiece, the band are yet to release a bad record.

Their latest single, Dust begins with a dizzy lick that swirls like a Helter Skelter ride and then sends you right back to the top for more, before settling into a chugging line of floor tom and a repeated lick that nods to Deerhunter’s Nothing Ever Happened.

Sadly, the track never quite takes off, despite building with promise the track dissipates with just the honking of car horns remaining, leaving us salivating for more.

Formerly of Unknown Mortal Orchestra, Julian Ehrlich marks his return alongside his fellow Smith Westerner Max Kakacek for their six piece soulful country project and an early contender for a summer soundtrack.

Ehrlich’s fluid vocals slip and slide like quicksilver through the cracks in the dusty grooves and folk tinged guitars, harking back to a mellow Neil Young jam.

A  triumphant fanfare of brass is the track highlight, nudging the track further into the realm of originality rather than an easy recycling of sounds from former projects. There’s also a sweet live version floating around on YouTube for your pleasure.

Rooted in a bouncy, minimalist synth with a refrain that etches itself onto your brain, Loose Meat offer up a neat dose of avant-garde disco that’s a little like Metronomy’s little brother; not quite as funky but with all the friendly, endearing qualities of the electronic giants.

The elusive duo who go by Arp and Kristian have a self titled album coming out on June 3 and you can heard three of their album tracks below including Edge of Love.

Toronto’s finest ‘soft-grunge’ outfit Dilly Dally are serious about on thing: not giving a shit. Snakehead plods along hovering between the tuneful toots of Radical Dads and Hinds and a more jarring threat of punk influence.

Katie Monk’s vocals, similarly, bridge the gap between a melodic, yet deadpan delivery much like that of Courtney Barnett and a tonsil tearing roar flying in the face of life’s sheer listlessness.

Fortunately for us, Dilly Dally are bringing their unique batch of slacker-infused punk rock to this year’s Sound City, bring a roll of soothers if you plan on screaming along.

If you keep your ears anywhere near to the ground you’re bound to have heard and felt the rumbling presence of this ferocious three-piece, and you better get set for another wave of Yak goodness with their debut album, Alas Salvation, flying out on May 13.

Harbour The Feeling is characteristically raw and pounding with some of the most deliciously dark workings of a bass guitar, yet there’s an added sense of composure and charisma to this track.

While their live performances have played a major role in establishing them as one of the current pioneers of a new breed of rock and roll, i.e. riotous, relentless and experimental, this track is cut from a more traditional cloth and perhaps their most refined to date, not that they needed refining.

Surging and destined for thoroughly deserved global recognition, this one can only serve as a springboard for the formidable, bloodthirsty force that is Yak.

Their UK tour starts May 11.

NIGHT OWLS – WHY ME?

Debut single from Leeds’ bluesy grunge duo NIGHT OWLS is brilliantly thick and sludgy with a clever use of metal-style screeches that add an edge of brutality, shifting away from run of the mill indie grunge.

Lyrically it touches on the youthful notion that the world is against us, but there’s nothing we can do about it, which makes for a cleverly infectious chorus.

For a duo they have a powerful sound, perhaps all grunge duos will live under the shadows of Sheffield’s Drenge but personally I think NIGHT OWLS have a 3 minute riot of a track that is bound to get any gig intimate, sweaty with limbs a flailing, which I’m sure is their aim.

Basque born Isabel Fernández Reviriego, aka Aries will have you well and truly blown away. Her vocal exists as a separate entity, dwelling in a twinkling sun-drenched utopia much like Grimes’ California but not as sickly and American, because it’s all in Spanish!

It would be hard for song birds to rival Reviriego’s chirps, surrounded by electronic soundscapes that somehow sound as natural as the flutter of wings and the hush of the ocean.

Frantic, tight as hell and as usual, flipping fantastic, King Gizzard can do no wrong.

Stamping the track with their trademark freakiness, inspired by the wonderfully whacky Canterbury Scene of the 60’s and 70’s as well as their relentless, somewhat inhuman energy, it’s another belter from the Aussie pack and unfortunately for them another forearm obliterating jam to add to their live set.

I’m sure they can handle it though.