As Beat-Herder festival approaches, Getintothis’ Ste Knight takes a look at ten acts you can’t afford to miss at this year’s shindig.

Beat-herder festival celebrates its 10th anniversary this year. It was established in 2006, and takes place in the picturesque Ribble Valley, at Sawley Farm from July 15-17. If you’re after a beast of a north-west dance music festival, but don’t want to have your ears violated by the likes of Steve Aoki and whatever other shit EDM acts Creamfields are proffering, then get yourself down to Beat-herder for something a little more leftfield.

There’s an insane roster on offer, with the likes of James, Donovan and Easy Star All Stars repping the more ‘instrumental’ side of things. Scouse rock outfits Clean Cut Kid and The Vryll Society will be in full force as well, and are bound to show the rest of the North West what Liverpool is made of. Dance-wise we’re up with the gods, as we’ve got Norweigan disco king Todd Terje performing live, which presumably means he’ll be playing out the whole of It’s Album Time in a similar fashion to his Liverpool performance earlier this year.

Joining him we have breaks dons Booka Shade and acid-house pioneer A Guy Called Gerald (if he doesn’t drop Voodoo Ray then there’s seriously something wrong). Beat-bastardiser Beardyman is set to warp minds on the glitch-hop continuum, whilst The Stanton Warriors will be bringing the Rebel Bass sound to the valley.

You can check the full line-up here, but in the meantime, check out our list of top ten ones to watch (in no particular order) at this year’s fezzie, below.

St. Petersburg breaks-purveyor Lady Waks will be storming The Fortress on the Saturday with her trademark bass-heavy style. The Russian DJ is well known for high-energy, thundering sets, so be prepared to get sweaty and get down, as Waks drops breaks-bombs all over the shop.

B. Traits can often throw down little surprises in her sets. Having seen her drop a 90s jungle set last year, it was a sure sign of the versatility this young DJ has to offer. Whatever style she sticks to while she plays to the Fortress crowd, expect plenty of energy. Get the energy drinks out kids, you’ll need them…

No dance-leaning fezzie would be complete without a healthy dose of acid house, and who better to bring the rave than 90s duo Altern8‘s Mark Archer. Expect acid house and rave classics to get your stomp on to, as Mark demonstrates just why he is such an integral part of UK dance music culture.

Arguably Chicago’s finest export, Derrick Carter is taking to the decks on Friday at the Toil Trees stage. Expect steamy house and disco vibes as Carter brings the sound of his award-winning Chicago-based night Queen! to Lancashire.

If you ever wanted to know what bass sounded like when you turn it up to eleven, then look no further than dub-reggae party starters and brown-sound provocateurs, Dub Smugglers. With more bottom end than you could shake a stick at, there’ll be roots and consciousness vibrating through all present as the Manchester boys do their thing. Heavy. 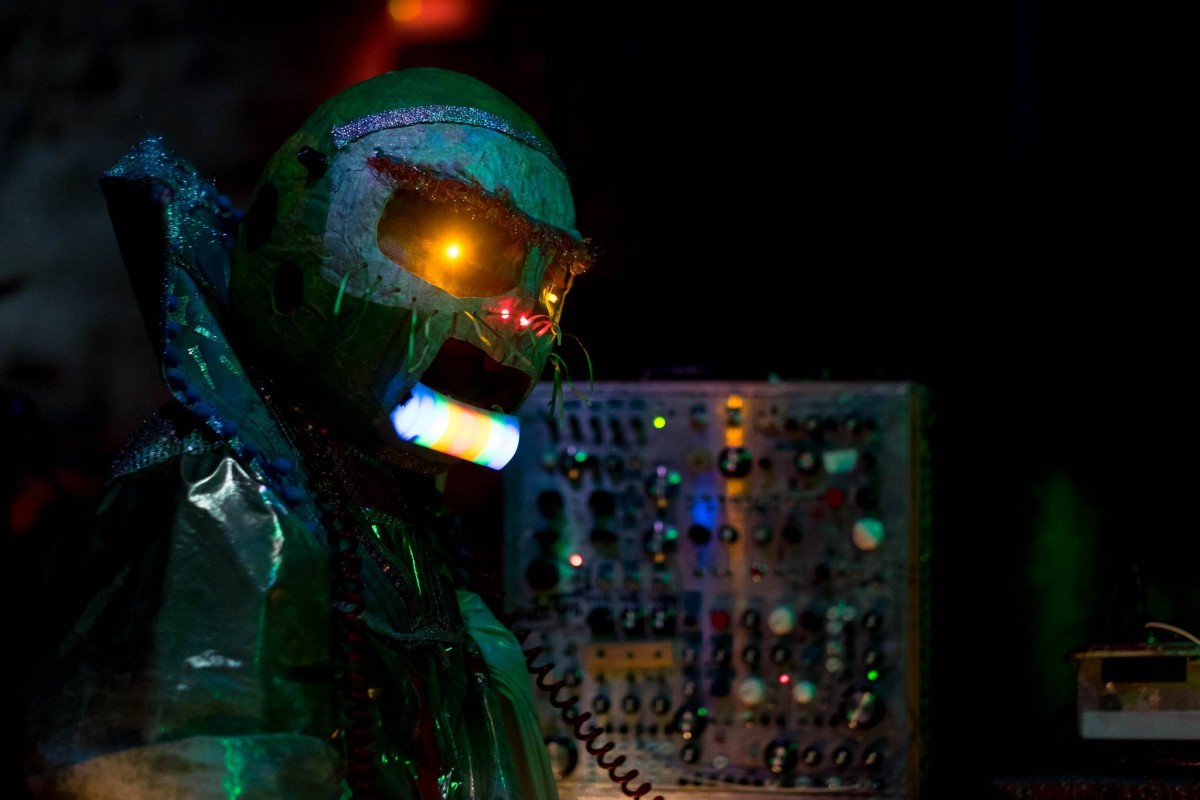 Wizard of weirdo wonkiness Paddy Steer joins the fray at the Perfumed Garden over the course of the weekend. Expect nothing you would normally expect as Paddy brings a full repertoire of strange self-built devices and circuit-bent trinkets along with him. Worth watching for his vocoder helmet alone.

The mastermind behind The Shamen, as well as the owner of the Superfreq imprint, Mr C brings his musical diversity to The Fortress on Friday at the festival. Having seen him playing out at the 303 Easter Bank holiday event, we can guarantee that you’ll be feeling all sorts of special when C takes to the decks. Definitely not one to be missed.

Get ready to Move Your Body as Chicago house legend Marshall Jefferson makes his way to the festival on Friday. Jefferson is bound to go a down an absolute storm, with his mix of straight up jackin’ house, through acid house and techno.

Recently signed to Defected, young house producer Sonny Fodera is going places. One of those places is Beat-herder, as he plays the Toil Trees stage on Sunday. Sonny is a genuine talent in the somewhat oversaturated world of house music, and deservedly so. His productions are always on point, and his set is likely to be just the same if previous recordings are anything to go by.

General Levy is probably one of the UK’s biggest ragga artists, with a personality to match. He’ll be bringing his lyrical prowess to The Ring on Sunday at the festival, prepare to skank out big time as the General spits over jungle, drum and bass and dancehall riddims. Rise up and rave on.