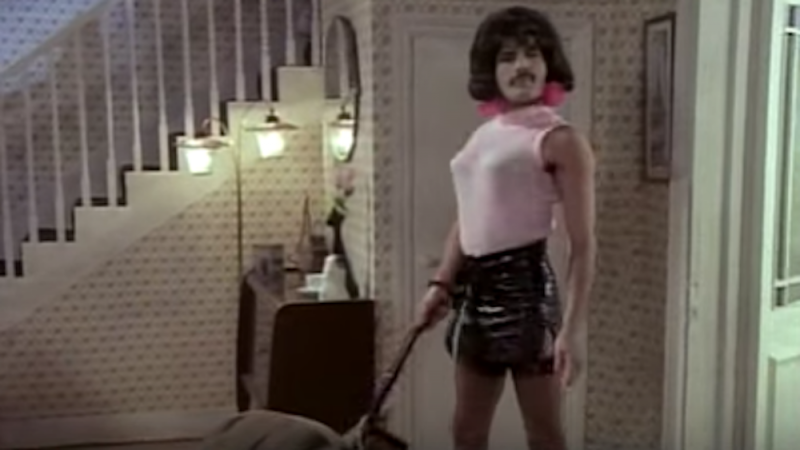 With spring cleaning season well and truly upon us, Getintothis’ Adam Chapman provides in a masterclass in matching the tunes to the chores.

You know the moment I realised I was becoming an adult? When I intentionally chose to clean my surroundings. Growing up my room in the family home was usually described as organised chaos. I knew that my iPod was right next to that leaning tower of plates on the right side of my desk, homework was under those three t-shirts, long lost sibling behind the pile of DVD cases, that sort of thing. Things didn’t improve too much at University, but when it came to that time of year and a big clean was necessary I started to realise the importance of musical accompaniment.

As the days, months and years went by a skill was starting to be crafted and today I wish to reveal the secrets of the trade. You can’t just stick your playlist on shuffle and get to work, that’s a schoolboy and rookie error all in one. The secret is that certain types of clean require a certain type of backing track. You wouldn’t do the dishes while listening to U2 would you? No you wouldn’t, someone could get hurt. To avoid further confusion and health and safety violations, let us begin.

The Standard Sweep Up.

This is the Monday to Friday, the standard, the Walkers ready salted of cleaning. Nothing special, this clean mainly stops things getting out of hand, preventative rather than reactionary, therefore you don’t want something that rocks the boat too much, I’d suggest something light, something easy, something you’d stick on as you flutter about the mess, Joni Mitchell’s Blue perhaps?

If you’re like me however and sometimes like to imagine the mundane slog of the day to day is actually some character-developing scene from a Richard Curtis rom-com then all I suggest the sort of music you hear in chain cafés, Dido, David Grey or anything that was on the radio a lot in the late 90s to mid 2000s.

The big one, It’s that time of year, remember that thing called the sun? (That hot thing in space, not the crappy newspaper) well anyway, it’s starting to make an appearance. That long cold winter is finally coming to an end and there is no excuse for living in squalor in the hope that it’ll build a makeshift layer of insulation.

It’s a time to be optimistic about the year ahead, Christ; you may even get slightly sunburnt on one of the days that follow. This is a time for dreaming about the upcoming festivals, so you want something to really bring in the glorious weather. Something along the lines of Tame Impala, a prime album being Lonerism, it’s as psychedelic as you need it to be, it’s dreamy but it’s also exciting.

Battle stations for this one. You’ve slept a little bit, but not really and you’re pretty certain you’re still a bit drunk or at least that’s what the other three blurred figures in the mirror are saying as you splash your face with water and try to fight off that lingering feeling of embarrassment. You look around, half empty, crushed and spilt cans litter the floor as far as the eye can see. Someone’s decided that half eaten pasta bake from the fridge would make the perfect ashtray after spreading it lovingly across your kitchen and who the hell does that dog belong to? Because it sure as shit isn’t mine.

You get the idea, It’s chaos. It’d be oh so tempting to sneak back into bed, close your eyes and hope that somehow it’ll all disappear in the next few hours but unfortunately that just won’t happen, it’s time to get serious. For this you need something loud, Slipknot’s Psychosocial, System Of A Down’s Toxicity, Korn’s Freak On A Leash, really delve into that teenage angst you once burnt up at the skate park on a Saturday afternoon, it’s the only type of energy you’ll be able to muster today.

This one is tried and tested by myself many a time and honestly it works like a charm and once you’re done, your still drunken self will be telling yourself, “Hey I’ve worked hard, I deserve a beer, hair of the dog never hurt anyone.”

The Comedown Clean up

Ok this one is similar to the post party purification except you 100% haven’t slept. You’re feeling empty both mentally and in the fact you haven’t eaten in quite a few hours. You’re a shell of the person you once was and my god, nothing apart from a few episodes of anything David Attenborough is going to make you feel human again.

You’re floating around in a purgatory of life and so clearly you can’t even fathom hearing songs about emotions because at the moment you have none, you husk. So first up you want to throw on Aphex Twin and in particular a track named Rhubarb, try to trick yourself that you are in fact still asleep and dreaming.

Once you’ve done this and picked up the empty cigarette packets you’re going to need something else to see you through, something minimalist, Brian Eno’s Music For Airports is perfect for this sort of occasion, it helps clear the mind of any anxieties and can almost send you into a meditative state, lets just hope the sun is shining as today is going to be tough…maybe it’s best you leave it until tomorrow. The only problem with that being, it could end up leading you onto the last type of clean.

This one is pretty self-explanatory the lyrics speak for themselves. Afroman – Because I got High.