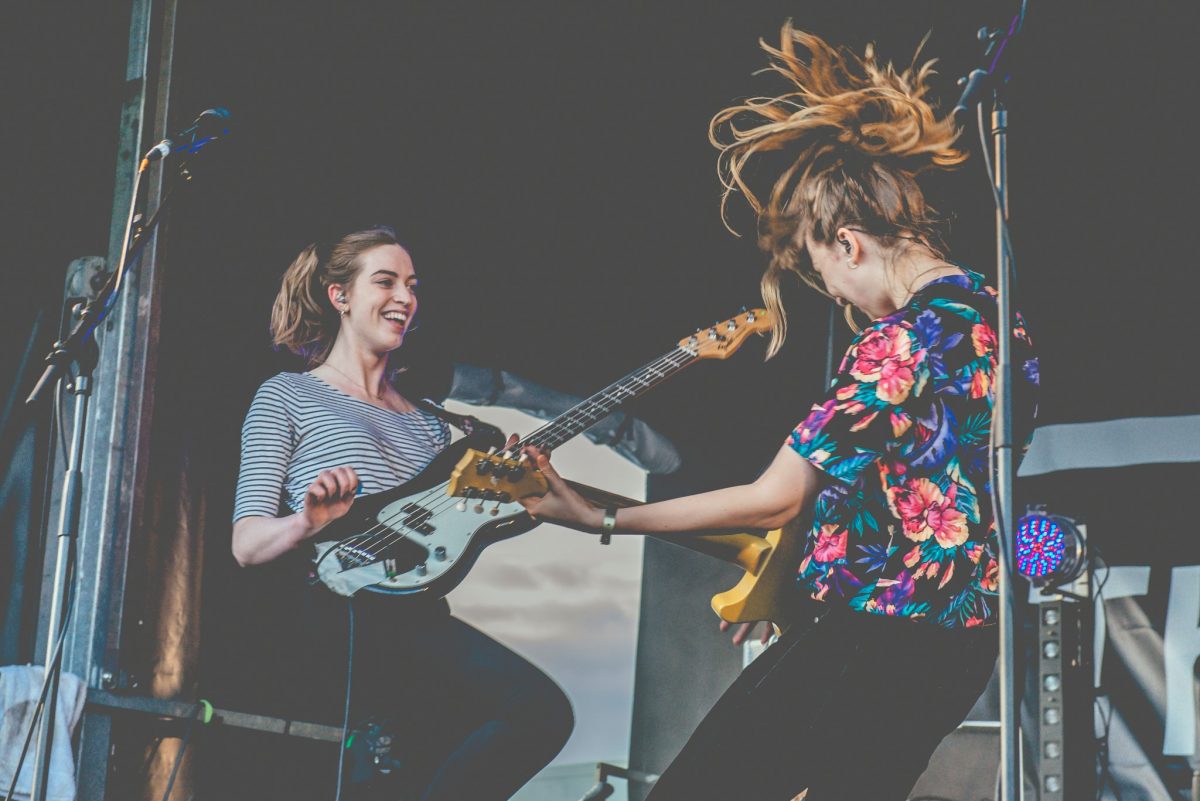 Liverpool Sound City returns to the city for 2018

Liverpool Sound City returns to the city centre for 2018 edition while teaming up with a raft of music creatives, Getintothis’ Peter Guy reports on a move which feels right for all concerned.

Liverpool Sound City will return to the city centre for it’s 11th edition and has moved forward to the earlier dates of May 5-6 2018.

Organisers have shifted the focus of the event back to the city centre after three years down Liverpool’s North docklands with tickets going on sale on Friday September 29.

Shifting the focus to back to the festival’s original blueprint, inner city venues will be utilised along with key national brands and Merseyside creatives who will curate billings across Liverpool.

A new central venue is being lined up while many of the city’s more traditional live music spaces will be used.

As well as changing the focus geographically, organisers told Getintothis the emphasis will shift back to breaking emerging artists and showcasing the very best of overseas talent – a factor which made Sound City stand out in it’s formative years.

Programming will also be partly curated by special guests including the likes of DJ Greg Wilson.

Sound City COO, Becky Ayres, said: “We delivered three hugely ambitious and successful years of Sound City on the north docklands of the city. Sound City was the first to shine a beacon on this neglected area of the city and, by doing so, we’ve even encouraged Everton FC to relocate to our former festival site.

“We now feel it is time for us to come back to the city centre and embark on the next stage of our journey. 2018 will all be about re-establishing new links and a new feel. This will also lead us into the hugely ambitious plans that we have for 2019, which will be revealed over the coming months.”

Artist applications for Sound City 2018 will be open soon for anyone wishing to perform in May 2018, with more info from the festival to follow next week.

The Sound City + business conference will return on Friday May 4. 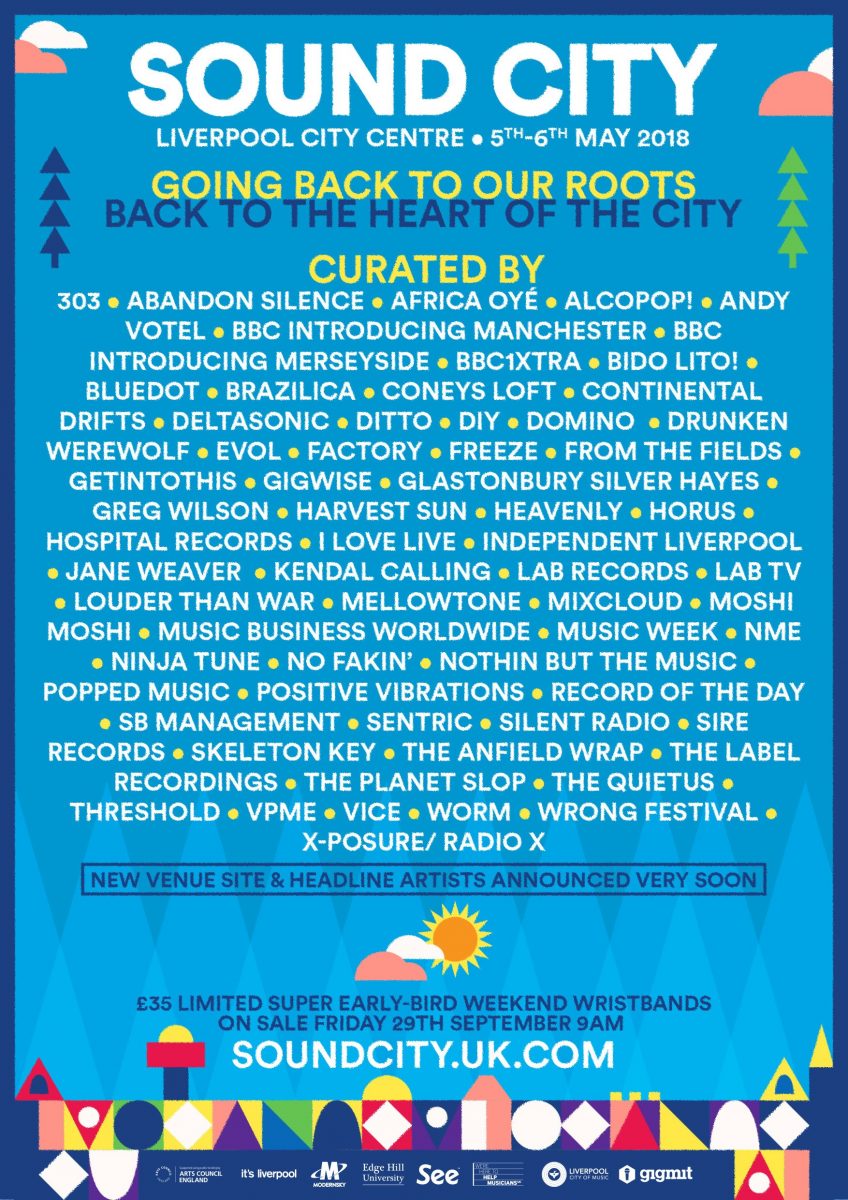 New for 2018, Sound City Satellite will take the model to key towns between Manchester and Liverpool as well as along the M62 corridor in the North of England.

The Sound City team will work with stakeholders in each location such as promoters, record labels and artists to design and deliver a targeted business conference and live music programme. They state their core aim is to shine a national and international spotlight on these towns.

Sound City CEO, David Pichilingi, said: “Sound City Satellite is at the heart of what we set out to do – to champion emerging business and artistic talent from our region and give them the belief that they do not need to move away to fulfil their potential and run successful businesses.

“The aim will be to foster a spirit of inclusion. That we are all in this together. It is not meant as a snub to London, but it is meant to help people view the bigger picture as well as encourage artists and businesses to stay in the North and build a real business economy outside of the capital.“

Instrumental to this initiative were Andy Burnham and Steve Rotheram, the two Mayors of the Manchester and Liverpool city regions.

Steve Rotheram, said: “Music and the music industry have always straddled the rivalries between our two great cities and have flourished in many towns across our region. It’s an expression of a shared creative DNA that has continued to nurture and launch world-class talent. This is a great idea and a great opportunity to celebrate and enjoy something that unites us.”

Sound City Satellite will take place during April and May 2018 with locations announced in January.

EDITOR’S NOTE: It had to happen, didn’t it? Sound City‘s return to Liverpool city centre isn’t just great news but it’s also a relief to all concerned.

Let’s be frank, while the first year of the festival down the docklands was a success – albeit with a few teething troubles – the second year felt a tad underwhelming, while last year was disastrous.

In the ten years that the event has been run, this writer has had some of the best musical experiences ever at Sound City; and truth be told, it’s one of the events we look forward to every year – but in 2017 we felt so uncomfortable with what was unfolding we had to swerve the final day such was our disappointment.

However, you can’t win ’em all – and the decision to move back to the city is the right one. Perhaps the only one – not just for the continuation of the festival, but such is Liverpool’s paucity of spaces, it’s hard to think where else Sound City could be staged.

Make no mistake, this announcement will be greeted with a huge sigh of relief not just by attendees but also the artists, venues and a multitude of businesses who thrive when the city centre is awash with the vitality and bustle that Sound City brings to Liverpool.

Speculation will be rife as to who may feature – one thing we’d suggest is the festival firmly focuses on the new. Flaming Lips, Belle and Sebastian and several others big names were great – but all the great Sound City moments rest with discovery.

There are few greater feelings than unearthing a new musical treasure – and over the years we’ve lost count of how many Sound City have provided.

What are the chances of emulating those days when Thee Oh Sees played The Kazimier?  Willis Earl Beal played The Zanzibar? The Korean parties in the Kazimier Garden? Or The Black Lips played The Screenadelica Stage?

With a new focus I am sure the 2018 Sound City will provide another year of musical discovery – and the feeling of watching thousands of music fans legging round the city to discover them is something we can’t wait to see unfold.