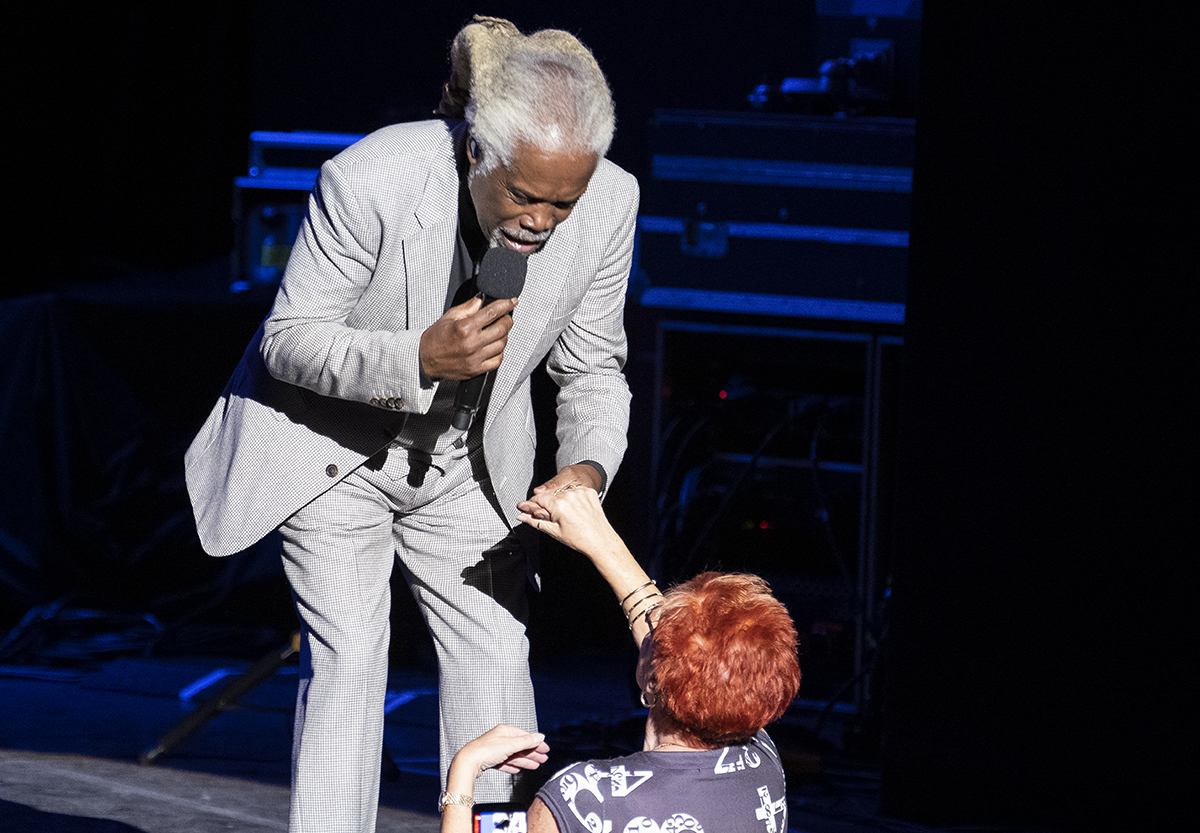 1970’s and 1980’s chart veteran Billy Ocean got a packed Liverpool Philharmonic Hall to its feet. Getintothis’ Will Neville felt the love.

Billy Ocean was back in Liverpool as part of his latest sold-out nostalgia-soaked tour, proving he is still a hit with the ladies (and gentlemen) as he crooned and strutted his stuff like a man much younger than his 68 years.

As a Companion of LIPA since 2011, he’s certainly familiar with these parts, although we didn’t get much between-song patter to connect with – it was all about the songs.

The songs and the dancing. He paced the stage from side to side throughout, stopping regularly for selfies, kisses or handshakes with those in the crowd who were clearly delighted to relive their younger days down the local disco.

He mixed this in with some pseudo-moonwalking and other seriously funky dance moves as the mood struck him. He looked the part too, sporting a rather mad near-white sculpted Afro hairstyle and smooth three-piece suit.

Born in Trinidad, but raised in Romford in Essex from the age of ten, he played in several bands before breaking through as a solo performer.

He hit the Top 10 in the UK six times between 1976 and 1988, with all of these most beloved of his tunes unsurprisingly featuring in his set-list.

However, he started more slowly with a medley of three lesser-known numbers, with his radio microphone seemingly struggling to cut through the music at times.

His big voice first came into its own on Nights (Feel Like Getting Down), with the stalls then rising to their feet for Love Really Hurts Without You, his first hit record that made it all the way to number two. This one was pretty much just one long chorus.

Things settled back down into more mid-tempo loving, as he gamely leant down to pose for pictures or plant a kiss on adoring members of the audience while continuing to perform.

The only new track was a somewhat castrated cover of Bob Marley & The Wailers’ No Woman, No Cry which he has recorded as part of his current album of covers, Here You Are, only his second long player in two decades.

There’ll Be Sad Songs (To Make You Cry) was spoiled by that old gig bugbear – the incredibly loud chat from some people a couple of rows behind. Fortunately, this was soon sorted.

Kudos to the backing band, who serviced the songs effectively and never got in the way of the main man, with only Loverboy featuring a gratuitous guitar solo, as the backing singers (including his daughter Chérie Charles) took on some of the heavy lifting of the highest notes that are now less comfortable for an old man to sing.

The big guns obviously came out right at the end, with Get Outta My Dreams, Get Into My Car featuring a great but concise sax solo before the main set ended with his only UK number one single, When The Going Gets Tough, The Tough Get Going.

He came back after the audience chanted his name, staying just the right side of cheese as he promoted the products on offer at his merch stall, and introduced the band.

The crowd then went home fairly early but happy after Caribbean Queen (No More Love On The Run), which nicely showed off the bass skills of Wayne Nunes.

Proceedings had kicked off with Sarah-Jane, ‘sold’ to this writer by the man on the merch stall as being someone who had made the final of the Dutch version of The Voice.

She was slick, soulful and clunkily funky, backed by a three-piece band who at times seemed to be playing three different songs at once.

She gamely tried to get the crowd going and up for Billy Ocean, but it was all a little too uninspired for this curmudgeon, even when one of the songs bizarrely brought to mind Rage Against The Machine’s Killing In The Name Of. 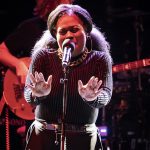 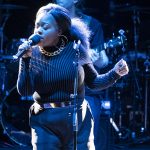 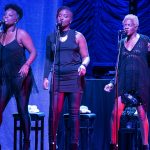 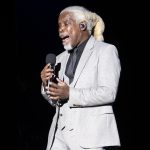 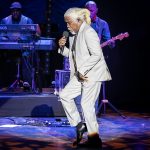 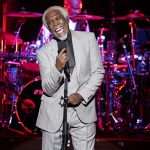 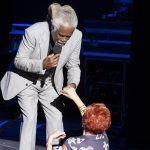 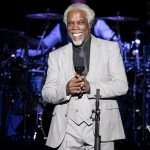 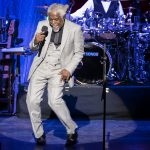