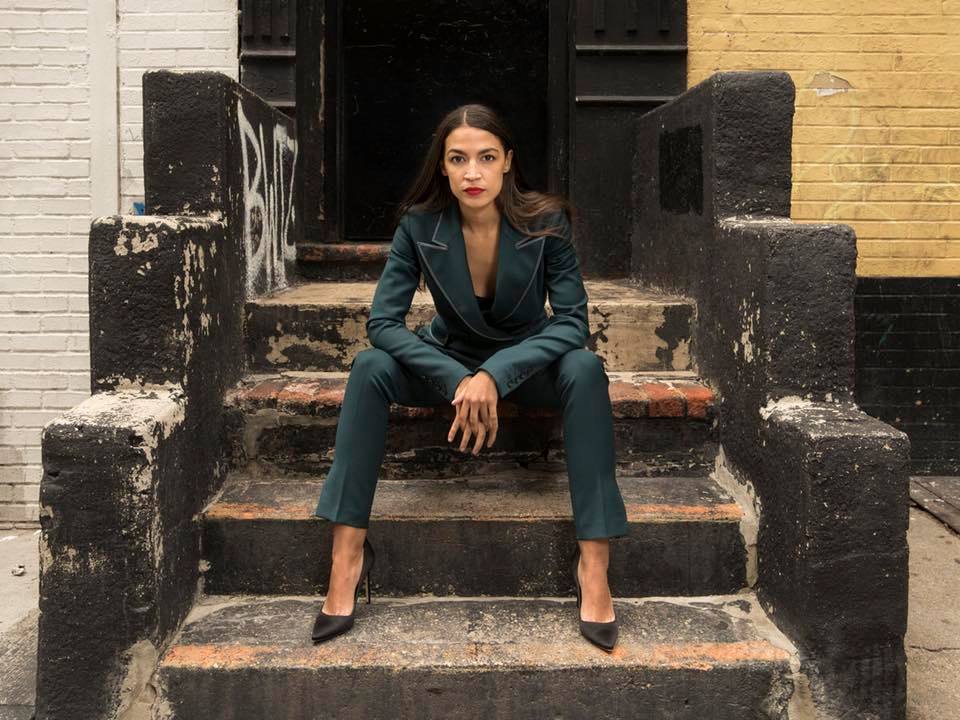 In a week where Alexandria Ocasio-Cortez was exposed by an angry white man as someone who likes to dance to cheesy tunes, Getintothis’ Chris Flack takes a look at the best and laughs in the face of trolls.

As Alexandria Ocasio-Cortez prepared to sign on as the youngest ever Congresswoman elected in the United States, a right-wing troll leaked a video of her recorded during her college years in an attempt to humiliate her.

The video was captioned “Here is America’s favorite commie know-it-all acting like the clueless nitwit she is” and is of Cortez dancing to a skit based on The Breakfast Club, she is one of a couple of dozen people in the video but the section released was clipped to just show her. The full video is here.

The attempt by AnonymousQ1776 to shame Cortez was as flawed as it was futile. There are a many of us who have been to college, some of us may have even dared to take five minutes out of our three-year degree course to dance to something stupid or make a daft video.

As the youngest ever elected Congresswoman, her rise to fame was made possible by a clever social media campaign, a lot of door knocking and a campaign team made up of college-aged kids.

Keep on moving with our Pet Shop Boys Top 10

Kids who worked in colleges and dorms; kids who hit the streets and beat their broadband into submission working to elect someone who looked like them, sounded like them and danced like them.

If we’re honest, the entire enterprise was doomed to failure from the outset.  The original tweet is the online version of an old, angry man-troll yelling at clouds, or Democratic Socialists, at any rate. The response from Cortez posted on January 4th says all you need to know about the Representative for New Yorks 14th Congressional district.

I hear the GOP thinks women dancing are scandalous.

Wait till they find out Congresswomen dance too! 💃🏽

Have a great weekend everyone 🙂 pic.twitter.com/9y6ALOw4F6

So, in celebration of youthful exuberance, the election of Cortez and the sheer joy of letting your hair down, we decided to put together a Top 10 about dancing that’ll make you move your feet. Or laugh. Or both.

Either way, turn the sound up and let’s laugh at trolls together.

It seems only appropriate to start with a song that includes the line “Ah we can dance if we want to, we can leave your friends behind, Cause your friends don’t dance and if they don’t dance, Well they’re are no friends of mine” – Its our message to Cortez, because you can dance if you want to.

No list on dancing would be complete, or even useful, if it didn’t include this piece of joy from David Bowie.  From the album of the same name, this is a joyous slice of 80’s pop with a glorious video.

3 The Bee Gees – You Should Be Dancing

Did Disco even happen if it didn’t involve The Bee Gees?  That hair, those trousers, the voices, the sheer bloody-mindedness of it. The medallions.  This is disco. Disco is The Bee Gees.

If you’re in a bar or a club someplace and a DJ puts this on and you don’t get up and make at least an attempt on half of these moves we can’t be friends anymore.  We’re sorry, but that’s just the way it is.

5 Madonna – Into The Groove

Pure 80’s Madonna, this classic is probably for those of us who might have babysat someone Cortez’s age but it still has a magical ability to get you on your feet.

Dance with us! Deep Cuts bill revealed for Jacaranda Records Phase One on January 18th

6 Irene Cara – What a Feeling

There is a DJ somewhere, now retired, who played at all your school discos, he played weddings and he played community centres and pubs long before it was cool to be a DJ.  He still has all the lights, the dancing robotic bunny that sat beside the decks and he still has the sequin jacket.  And every time this comes on that man dances.  Like no one is watching and he doesn’t care.  Be more like that man.

We include this for one reason and one reason only.  Christopher Walken.  There are a million great jokes about Christopher Walken, he has starred in some remarkable movies, including King Of New York, Pulp Fiction, Things to do in Denver When You’re Dead and The Deer Hunter.  This, however, is probably his finest work.  Walken is a trained dancer and a top bloke.  This is a work of genius.

8 Whitney Houston – I Wanna Dance with Somebody

Houstons‘ I Wanna Dance with Somebody was a huge hit, it was her first platinum record and winner of the Grammy for best female pop vocal performance.  But, it will always remind us of a long-gone club called Palookaville we attended eons ago, when this came on there wasn’t a single punter sat down.

It is that good.

If you were unfortunate enough to be around in late 1990, this song would have been nigh on unavoidable.  In fact, it was so unavoidable that it refused to go away and got a second wind around the Summer of 1991 and got played in every nightclub in every town, and like a communist anthem, everyone, literally everyone, had to dance to it.  It was catchy, and much like the flu virus, hard to avoid.

10 Arctic Monkeys – I Bet You Look Good On The Dancefloor

The thing that bothers trolls the most is that other people might be having fun.  That people, unbelievably, might have a drink of a Friday evening rather than sitting in front of a computer looking for people to shout at.  What really bothers them is that people might be doing rude things to each other.  This song is all about that, it’s made of cheesy one-liners you might live to regret and it’s a very easy thing to move to. Lovely.

So that is our dancing Top Ten.  If it’s all a bit too much for you remember, you can always dance in the dark. That really upsets the Trolls.  Our message to those trolls, incels, and loons, who all, in the main, tend to be the same people, is this. We drink, we dance and we don’t care who’s watching.

To Alexandria Ocasio-Cortez, we say keep on moving.