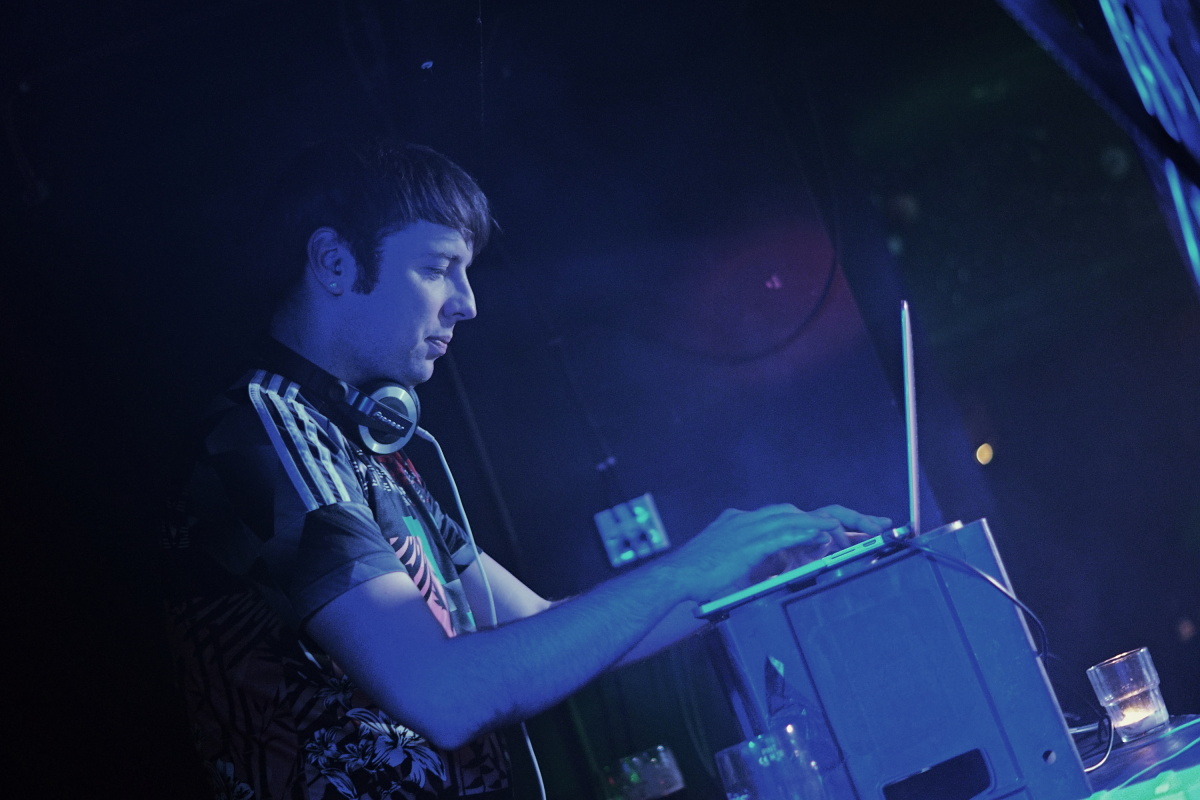 BBC Radio 1 DJ Phil Taggart was born in Derry City in Northern Ireland and grew up in Omagh. We first met Phil when he was called Phillip and played in a neat little outfit under the moniker Colenso Parade.

If we’re honest, we thought he was a cocky little bassist in a band that more or less had the same chance as anyone else, however, through sheer determination and an inherent Omagh friendliness he won us over.

We met Phil when he played a support slot to a band we fail to remember at the Ohyeah Music Centre in Belfast.  In the following years Phil became a part of the furniture, he was always around to talk about bass guitars, late nights and was always keen to lend a hand. And drink any free beers and or coffee on offer, such is the life of a gigging musician.

Being a gigging musician Phil was technically unemployed and signing on.  He was plucked from the unemployment queue, dropped into an internship of sorts at BBC Radio Ulster and found himself as part of their Across the Line team, working on a show that focuses on emerging talent across Ireland, North, and South. He wasn’t there for very long.

He has been a DJ on BBC Radio 1 since 2012, helping to break dozens of new bands and artists on his
night-time show. He was nominated for the ‘Rising Star Award’ at the Sony Awards during his first year.

Phil runs his own label, Hometown Records, which took form in 2014, he still manages to find time to promote acts and help them release their music in between DJing, writing, podcasting and generally keeping himself out of trouble.  Which is harder than it seems.

Hometown Records is home to a number of artists, namely TOUTS, Ratboy, Rejjie Snow and Wildes to name but four.  You think all that would keep him busy, but not being known to rest on his laurels, or someone else’s sofa, he has spent the last two years putting together the Slackers Guide.

If you’ve been lucky enough, or unfortunate enough depending on your outlook, to have spent any time with him over the last couple of years we doubt you’d have heard of anything else.  The list of people he has bothered and those who have shared their experiences, woes, and warnings is pretty impressive.

The book has been helped along by a number of folks, including Help Musicians UK, who have ponied up a few pounds to make it a reality.  The book includes thoughts, fears, and warnings from people from organisations as diverse as Polydor Records, Vevo, Island Records, PRS Foundation, Primary Talent, Warner/Chappell Publishing, Nialler 9, Decca Records, Terrible Merch, and Atlantic Records.

More than that, he has had sit-downs with dozens of musicians and artists including Dream Wife, Enter Shikari, Frank Turner, George Ezra, Two Door Cinema Club, Little Simz, Lucy Rose, Biffy Clyro, The Hunna, Blossoms and Wolf Alice to name just a few.

They all share tales of terrible starts, doomed outings, playing to empty rooms, not knowing how to play to empty rooms, struggling to fill said rooms, the value of good soundmen, disappointing riders, egos, anger, jubilation and a distinct lack of private jets and TV’s going out windows.

As for the book itself, it is a handy how-to guide to making it in the business.  Or, depending on your outlook, the how not to guide given it is filled with others mistakes and missteps, including Phils own on many an occasion.

All the very best from the BBC 6 Music Festival. Right here.

The book comes in at a hefty 357 pages and is broken up in a step by step manner suited to guidebooks and Idiots Guides alike. Very handy it is too.  It is basically a list of things you never knew you needed to know or knew how to ask, designed to be picked up when you have a question or query.

There are hundreds of tips from managers, sound engineers, artists, label bosses, production folk, publishers and record labels.  It gives a really handy list of things to look out for in any and all scenarios. From starting bands with friends to getting your first gig, building a fanbase, finding a manager, funding, record labels, publishing rights, and recording your first record.

It gives a really handy guide on how to get your music out there and at what pace to do it and everything that comes with booking gigs, tours, and festivals. 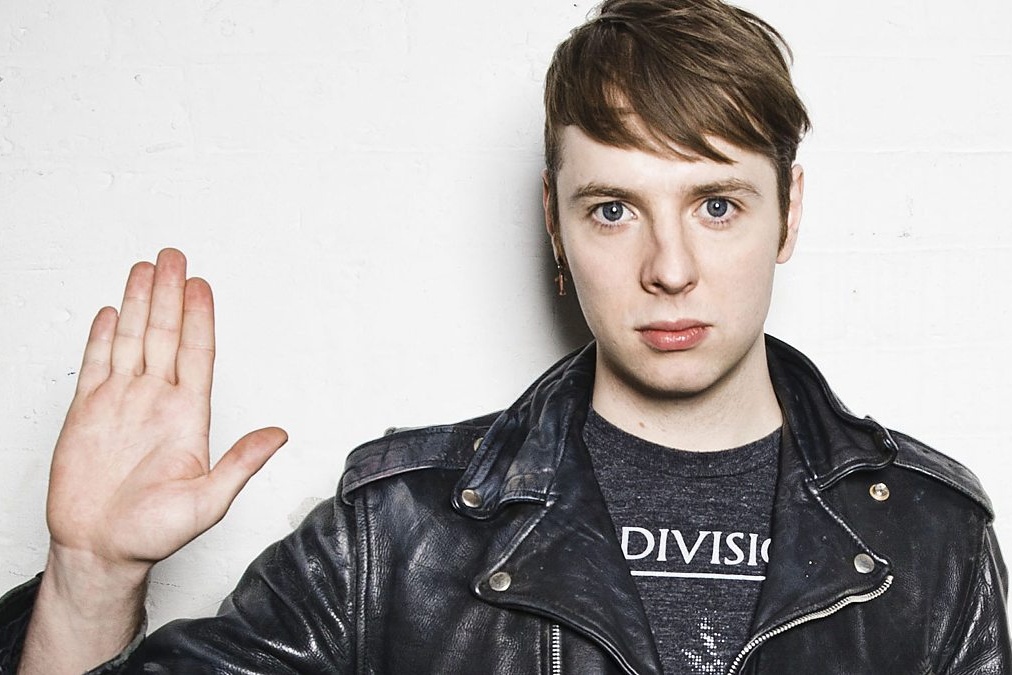 We sat down with Phil with a list of 13 questions, as per the Getintothis rulebook.

Q1. You’ve had a lucky run so far, on the radio, you’ve got a fantastic podcast, bits of TV and now a book.  What’s next? World domination? Retirement on the filthy lucre the book generates? A new band?

Retirement would be so boring wouldn’t it? I think it’s something you need to work so hard at something for so long that you almost fall out of love with it and all you want to do is talk about flower fertilisers and Brexit. Honestly, I have this book in my foresight for the next few months and then maybe I’ll take a break over the Summer and then see where it goes from there!

Q2. Where did it all start, why bands and not, say, accounting or civil engineering, or Costa?

I’ve worked 27 jobs from the age of about 12 onwards so I had a really healthy understanding of what I didn’t want to do after getting sacked or leaving mostly all of them. I wanted to be in a band, that didn’t pan out so I moved into broadcasting. Sounds like it was planned out, it really wasn’t.

Q3. So, where did the book idea fall from, years of awkward conversations and bad advice?

I’ve been to every conference on the music industry going. I’ve seen the good, the bad and the boring. I wanted to write something that young people could understand and enjoy. It’s not boring, it’s designed to be picked up and left down at whatever chapter you need a little guide in.

Q4. Speaking of advice. who has been the most influential person you’ve worked with?

I’ve never worked with him but I’ve had to turn to Steve Lamacq for advice on a few different occasions. He’s a very wise man! I prob owe him a few pints.

Q5. What is the absolute worst piece of advice you’ve ever been given?

“Believe it into the universe.”

I mean I believe in the power of thinking it into reality but if you just sit on your ass doing nothing, then nothing is going to happen is it. It’s good to put it out there but you need to back it with 10 times the graft.

Q6. If you had to pick one word, to sum up making it as an artist in the music business what would it be?

Q7. Over the course of your career, what’s the most embarrassing thing you’ve done for money?

There’s a really embarrassing video I made for an organisation where I am on one of those segues extolling the virtue of that particular product. It’s super cringey!

Q8. What’s been your worst day in the business, and how did you recover?

I’ve had a lot of tumbles and had to rebuild. I tend to take too much on and will burn myself out mentally and have near breakdowns due to my anxiety and panic that I’ve had since I was a kid. I have to be more organised and more planned out in advance these days!

Q9. Tell us one thing you’ve been asked to do for work that you’ve turned down, on moral or other grounds?

I got asked by a TV Company to front a documentary about sex robots. That was an easy one to say no to!

Q10. Tell us about two artists we’ve haven’t heard of yet?

Check out Inhaler, the rightful heir to Blossoms guitar pop throne and then look into Celeste who if we are sticking to the royal lineage metaphors is next in line to Jorja Smiths R+B crown.

QOTSA, Chilli Peppers, PJ Harvey, Feeder, Foo Fighters, Slane Castle 2003.
I was too young to really be there. I had a ball!

MGMT at Oxegen in Ireland. They were terrible and some kid climbed to the top of the tent and wouldn’t get back down. The whole gig was sheer anxiety!

Q13. And finally, if you could sum up the book in a cheaters paragraph, what would it be?

It’s a book made by musicians and people in bands for people in bands. If you have a passing interest in the music industry then this book will really help speed up your journey with information.

Thanks to Phil for the time to talk to us, theSlackers Guide to the Music Industryis out now.