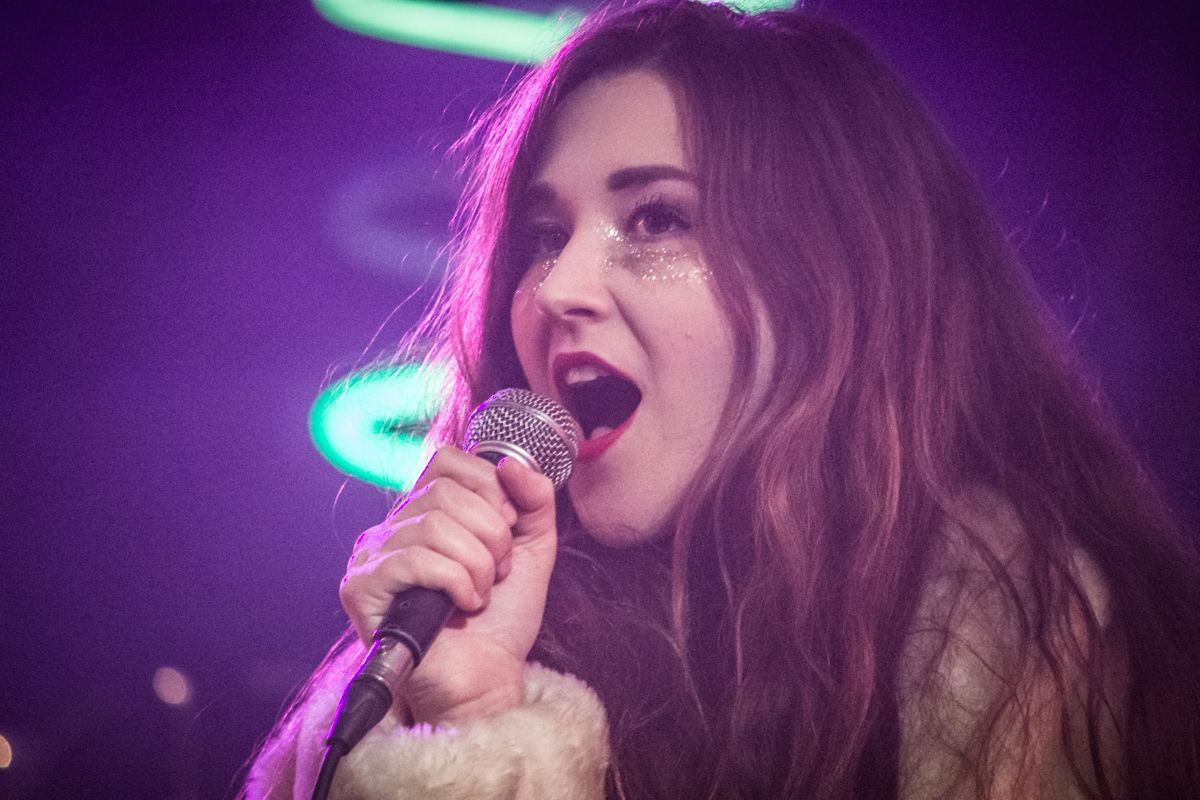 Ahead of another busy Sound City for the DIY label, Getintothis’ Steven Doherty and Michael Maloney look at the story (so far) of The Label Recordings.

The Label Recordings is Ormskirk-based Edge Hill University‘s own record label, but it’s much more than that.

Set up back in 2013, it’s the only industry-focused, university-run label operating in the country, offering opportunities to become involved in the inner workings of the business, including video and music production, promoting live events, A & R and sleeve design amongst others.

This, for musicians, enables them to make their music and get it heard without the many pitfalls that artists can encounter at the start of the career. It’s a ‘safe space’, a not-for-profit organisation and therefore relieves some of the pressure associated with signing to a usual label. In turn this enables artists to find their feet and their voice much quicker.

Students work directly with people who have years of industry experience and are gradually given increasing responsibilities through a process of shadowing and mentoring.

Headed up by bassist with The Farm, and media lecturer at Edge Hill, Carl Hunter, who explains the ethos behind The Label Recordings.

“We were hearing that a lot of bands couldn’t get signed because they didn’t have a huge social media profile. We’re much more interested in the songs. We’d rather take a risk on an unknown artist, not having an interest in recouping money on them as such, as this pays dividends for the bands themselves in terms of getting their material out there and finding an audience.”

Having seen both ends of the process, Hunter is in a unique place, knowing exactly what both parties need to make the ideal label.

They hit the ground running with one of the first releases being the debut single from the at the time unknown Hooton Tennis Club, who then went on to sign to Heavenly Records, one of the country’s finest indie labels.

Crisis in music education: heading to a preserve of the affluent and well-heeled?

This process of looking on themselves as being a very important stepping stone to a band’s career is very important to the University, and to make it easier, they don’t tie their artists to any kind of contract, meaning they are free to progress.

The Label Recordings have been featured on BBC Radio 2, 6 Music, NME and even a feature on BBC North West Tonight, but their proudest moment thus far was being recognised with a Highly Commended Award for its Excellence and Innovation by The Times Higher Education Awards in 2015.

Although run as part of Edge Hill University, the artists themselves do not have to be students or have an affiliation with it. Last year, however, saw the single Always You by Charity Shop Pop, the first release made entirely by current students.

For the last couple of years, they have been a major part of the Liverpool Sound City Festival, curating their own stage, which last year saw performances by such future breakout stars as Bill Nickson and Foxtrap.

But for now, let’s take a trip below through finer moments, showcasing some of the talent to have gone through their doors over the last six years.

Labels of Love: Getintothis’  archives of the best record labels around

Where it all began, the label’s first release back in 2014.

A four-piece from Skelmersdale, The Inkhearts formed back in 2010, when the band had only just hit their teens. They went on to gain radio airplay around the world for this slice of catchy indie pop, also playing at Sound City in 2014.

They disbanded in 2016 and have since formed Mosley Bar, also garnering radio play through BBC Introducing, and recently starred at Deep Cuts at Jacaranda Phase One. 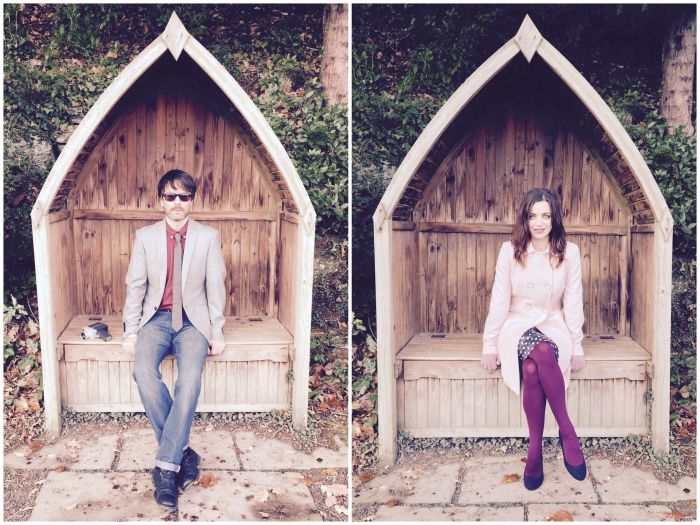 The Little Secrets – All I Need

The Little Secrets were a male/female duo formed back in 2010, having met in the most Liverpool way possible, at the Cavern Club.

This was their debut single, which gained them some big airplay courtesy of Janice Long when she was on BBC Radio 2. She was effusive in her praise, calling them “Liverpool’s finest indie band”.

It’s an infectious, jangle fest, with a lovely lilting vocal and a 60’s feel.

Youth Hostel – Out Of My Mouth

Straight outta Ormskirk, the band was made up of vocalist Mike Poynton and his trio of Dan Rankin, Tom Williams and James Rookyard.

This single was recorded at Liverpool’s finest studios, Parr Street, and the whole recording process took just one nine-hour session, leading to this hook-laden, Boo-Radleys–esque piece of summery fun.

Poynton had been a vocalist in his own right before forming the band and is again, under his current nom de plume, Tracky, who is soon to release his debut solo single, as well as headlining the upcoming May Deep Cuts night.

Sun, sun, sun and the top ten tracks of summer

Released in 2017, the only single so far from singer-songwriter Joel Thomas is guitar driven and full of the joy of youth.

“As long as I’ve got you, I don’t care if my skull caves in.” It’s a far jollier chorus hook than it sounds, the sort of thing The Libertines wished they were still capable of writing.

Another artist like many of those above that seems to have gone a bit quiet, which would be a shame, as this is a great opening shot.

Varying between working as a solo artist and having a full band, Ali Horn has since gone on to be snapped up by Rooftop Records (a label run out of Parr Street Studios) and hopes to follow the same trajectory as one of the earlier acts, Red Rum Club.

Their latest single Modern Voodoo is being played by 6 Music and Radio X, and some recently announced decent festival slots in the summer will only grow expectations. 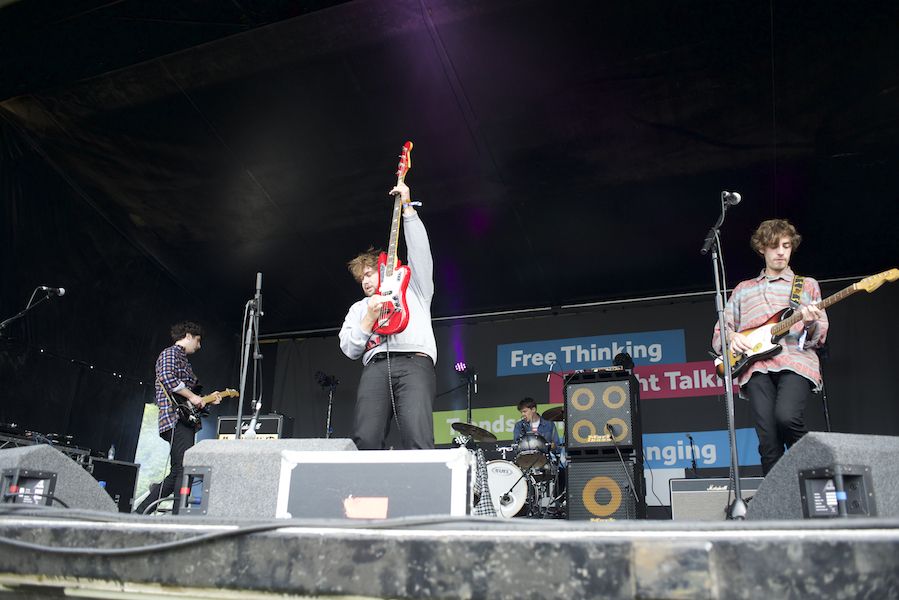 One of the most successful acts to pass through The Label Recordings, Hooton Tennis Club are the band all those who pass through Carl’s recording studio will hope to replicate.

The Wirral quintet of Ryan Murphy, James Madden, Callum McFadden and Harry Chambers had built up a loyal local following and teamed up with The Label Recordings for their single Kathleen Sat on the Arm of Her Favourite Chair. A slacker pop tune that evokes the likes of early 90s bands like Pavement.

Hooton Tennis Club’s collaboration with The Label Recordings would bring them to the attention of Heavenly Records who would go on to sign them up to their label.

Their debut album, Highest Point in Clifftown, produced by Bill Ryder Jones followed and received much acclaim being one of Getintothis’ top albums of 2015 and helping them receive a GIT Award nomination.

Headline tours around the UK and Europe and a spot at SXSW would see the band’s profile grow even more and in 2016 they would release their sophomore album, Big Box of Chocolates.

Big Box... would be the last we’d hear from Hooton Tennis Club for the time being as James Madden and Ryan Murphy have since gone on to form Seatbelts and going by their shows so far they could go as far as their previous outfit.

After the untimely demise of BIRD due to circumstances beyond their control, core members Adèle Emmas and Christian Sandford spent a year burrowed away working on new material before re-emerging as Feral Love. The duo built on their previous band’s sound adding extra layers of synth and pop sensibilities.

They teamed up with The Label Recordings to release their debut single Like the Wind a synth-laden pop tune built around Adèle’s vocals which go from tender and vulnerable to soaring and defiant.

Feral Love would later go on to reinvent themselves once again as St Jude the Obscure and would collaborate with Canadians, Wake Island, at Sound City and release a slew of singles including, Wreckage and I’m the Wolves before announcing a hiatus towards the end of 2018.

Art rockers, SeaWitches brought their brooding pop sound to The Label Recordings back in 2015. The resulting single, Stars, is a dreamy song based around a catchy Johnny Marr-esque jangling guitar riff that belies the song’s darker lyrical content, “the sky has no stars” sings vocalist Jo Herring rather bleakly.

Following the single with The Label Recordings, SeaWitches would go on to enjoy further singles releases and a spot at Sound City before Jo Herring would look to take her music in a different direction, we wait to see what the next chapter has in store for her.

With a growing catalogue of tracks and being one of Merseyside’s hype bands, Oranj Son teamed up with Carl and his team at Edge Hill University to unleash their next single, Psycho Disco Face.

A bass-driven off kilter psychedelic groove, Psycho Disco Face has an element of The Fall and is definitely the tune to get the crowd pulling shapes at their gigs.

The four-piece lead by vocalist Kieran Linford, Oranj Son are continuing to make waves on the Merseyside music scene regularly appearing in high profile support slots at venues around the city.

Garage rockers Shrinking Minds released Something Better with The Label Recordings back in 2017.

A punky riot of a song that has the feel of The Only Ones, Shrinking Minds would go on to become somewhat of a flag-bearer for The Label Recordings performing at various events set up by Carl and the team to promote the label alongside fellow label mates, Youth Hostel and Oranj Son. 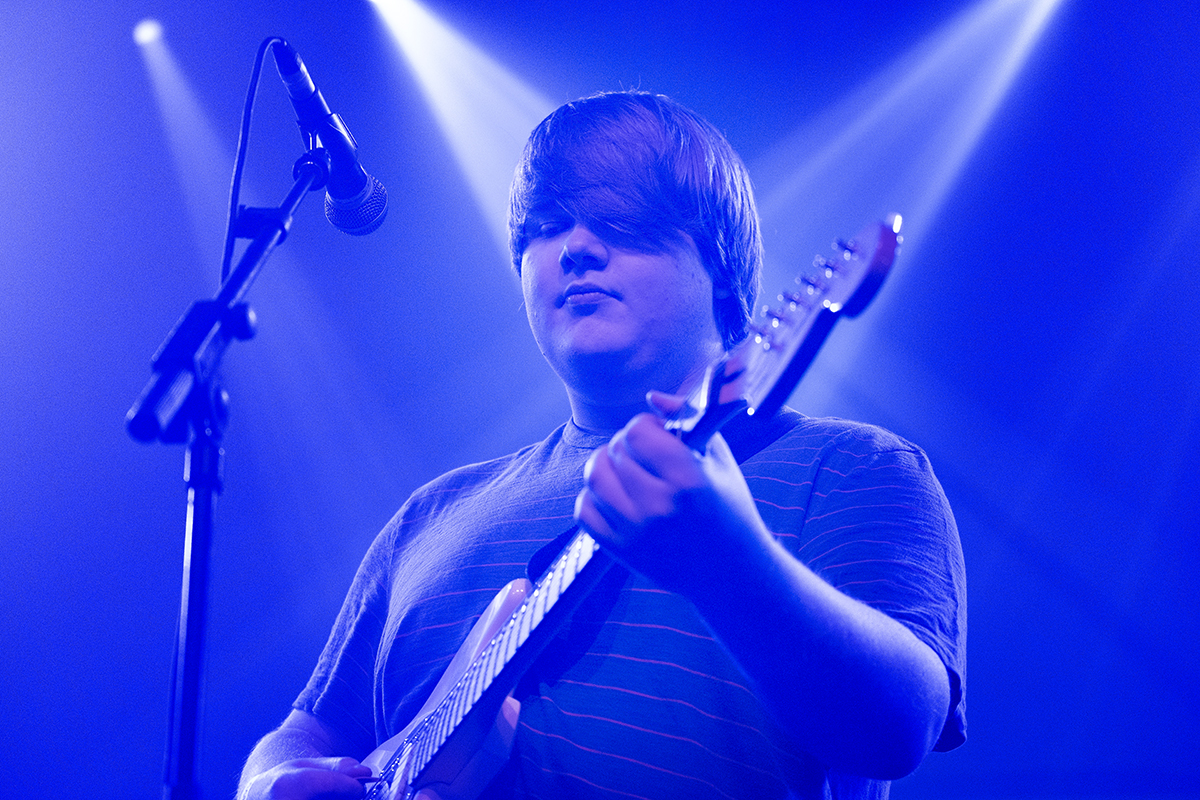 Bill Nickson – What to Say

One of the hottest prospects performing in Liverpool, singer-songwriter Bill Nickson is a growing force. Released last summer What to Say is a catchy piece that has an element of Sufjan Stevens as it grows out of an acoustic start into a full band jam by the end.

Since the single’s release, Bill’s star has continued to rise and he’s bagged impressive support slots with Echo and The Bunnymen and Peter Doherty and become a part of the Eggy Records roster. Exciting things lie ahead…

One of the newest faces on the Merseyside music scene and a native of Ormskirk, The Label Recordings Edge Hill University base, David Hughes a.k.a Charity Shop Pop is someone to look out for.

His single, Always You, is a feel good, sun-drenched jangling song that you can’t help but smile along to. After recently playing at our Deep Cuts Awayday earlier in the year and with more gigs lined up the future looks bright for Charity Shop Pop.

Another one-man operation Adam Charo a.k.a Podge is one of the most recent artists to join forces with The Label Recordings.

Released this week, Yuka-Peno is a glitchy, upbeat piece of off-kilter pop based around ambient sounds and computer loops. With a festival debut at this year’s Sound City and an album in the works, Podge is someone to keep an eye on.