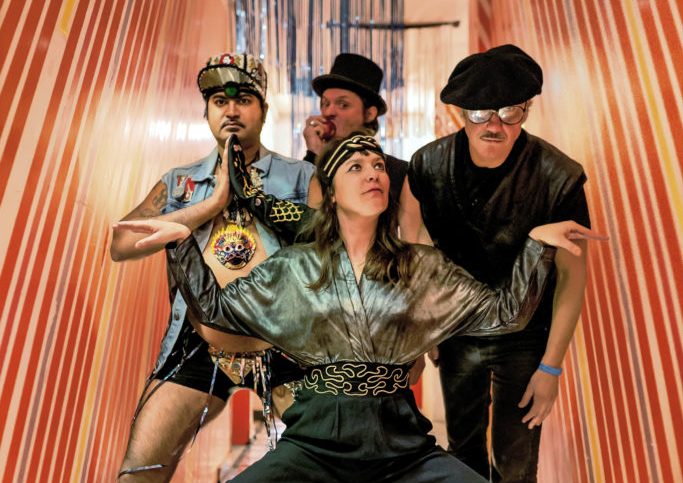 Incorrigible rock-n-roll lifer King Khan is back, and he’s brought his mates with him. Getintothis’ Matthew Eland reports on the new album from Louder Than Death…

King Khan, that rogue punk renegade and aficionado of assless chaps, has returned from the rock hinterlands with a new group in tow.

Louder Than Death comprises Looch Vibrato and Aggy Sonora of Magnetix on guitar and drums, respectively, while bass duties are taken up by Fredovitch, a veteran of Khan‘s group The Shrines.

“I once saw Looch Vibrato take a pair of glasses off someone’s face and stick them in his mouth and crunch them into dust, all because he warned him not to drink a warm can of beer filled with his own piss.”

“Aggy Sonora, is the love child of Peggy from the Gories and Anais Nin. She beats her drums as senselessly as sensually. The sound of lust and labour rammed into one mystical inauguration of the pleasure dome.”

“Fredovitch (aka Freddie Rococco) was once mistaken for the son of Roky Erickson by Japanese music magazines. He is in fact a son of a gun and the greatest bass player since sliced brie. When he isn’t playing bass he is conducting orchestras in his mind and preparing to take over the world of classical music. His motto is “you slap my bass, I’ll slap yo’ face… and fuck your mom.”

The Label Recordings: showcasing talent from a record label with a difference

Anyone who caught the King on the Getintothis stage at Sound City 2018 will be pleased to find that Chief Sleeps in the Park, the first song to be released from the new album, doesn’t stray too far from his familiar template of scuzzy licks, fast drums, and bodacious seventies garage-rock vibes.

Out on In The Red Records on 28 June 2019, the new album features some intriguing cover art – is that a pig performing a citizen’s arrest on an armed robber? If that is a literal visual representation of the sonic delights within, then sign us up. 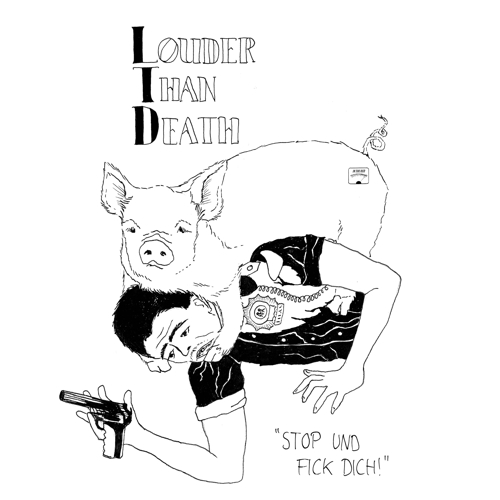