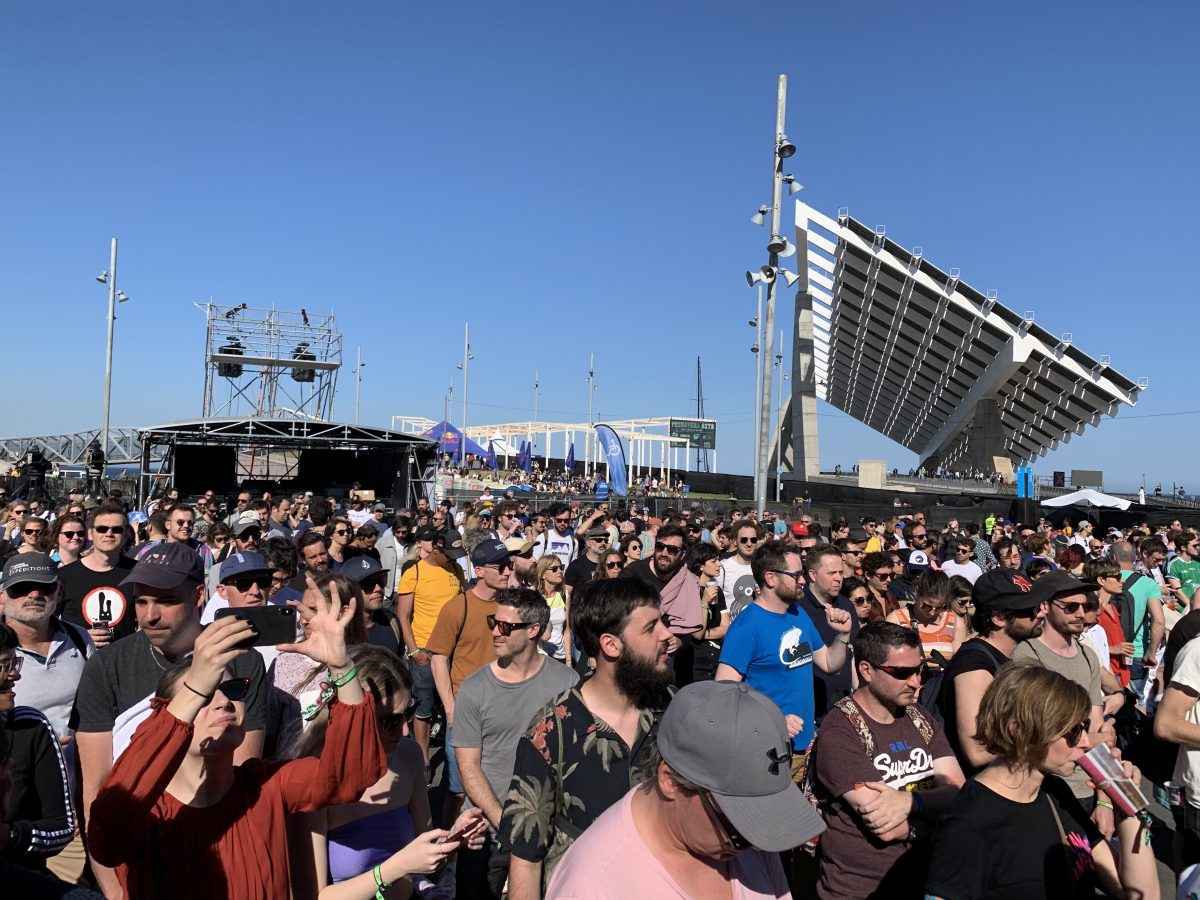 As Primavera Sound wraps for another year and as a host of the Getintothis crew recovers from a weekend of new music and hedonism, Getintothis’ Chris Flack brings exciting news for 2020.

Primavera Sound 2019 delivered another tremendous weekend of pop, punk and pure party, with a line up that included FKA Twigs, and Christine and the Queens debuting a collaboration on stage.

They brought Janelle Monáe, the self-proclaimed queen of the world. Carly Rae Jepsen, Guided by Voices, Nina Kraviz, Sons of Kemet, Miley Cyrus, James Blake, Stereolab and the one an only Jarvis Cocker.

But there is much to celebrate about Primavera Sound because it is the first festival that we’ve seen to achieve gender equality on stage while attracting more than 220,000 people to its beachside location on Barcelona, the festival saw a record of 63,000 people on Saturday.

Primavera Sound has barely cleared the floors and they are already hard at work on Primavera Sound 2020 and preparing the celebrations for their 20th anniversary, they have a mammoth list of special events and parties to announce, but for now, we have two.

Primavera Sound 2020 will include events all over the world, chief amongst them will be an expedition to Los Angeles, that will take place on 19th and 20th September 2020 in the Los Angeles State Historic Park.

In what could be an absolute belter, the first celebration will be on the 8th and 9th November 2019, Primavera Weekender is the first of the celebratory gigs, taking place in the Magic Robin Hood Resort in Benidorm.

Fans will be elbow to elbow with artists such as Belle & Sebastian, Primal Scream, Mura Masa, Idles, Sleaford Mods, Cigarettes After Sex, and Whitney among many others.

The event comes in at a snip at 180€ that covers accommodation and full board and at that price it is an absolute steal.  But it looks like there is one more announcement to come.

Primavera Sound has been teasing five festivals in 2020, with Barcelona, Porto, Benidorm and Los Angeles announced, the question remains, where is number five?

There is talk that number five might be London, but as yet there has been no confirmation, you’ll hear as soon as we do. For the eagle-eyed among you, you might suggest that the image being teased is the London Eye.

Given that Primavera Sound has easily become one of Europes most loved festivals, that they are spreading that joy, perhaps a little closer to home, can only be a good thing. See you in London? 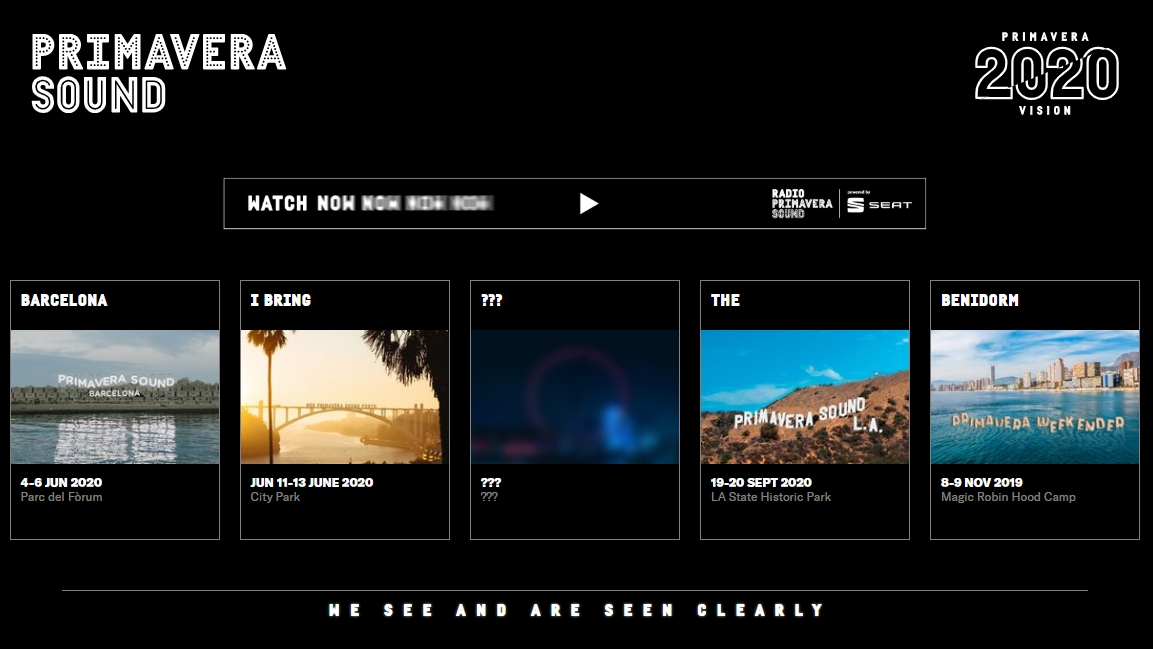