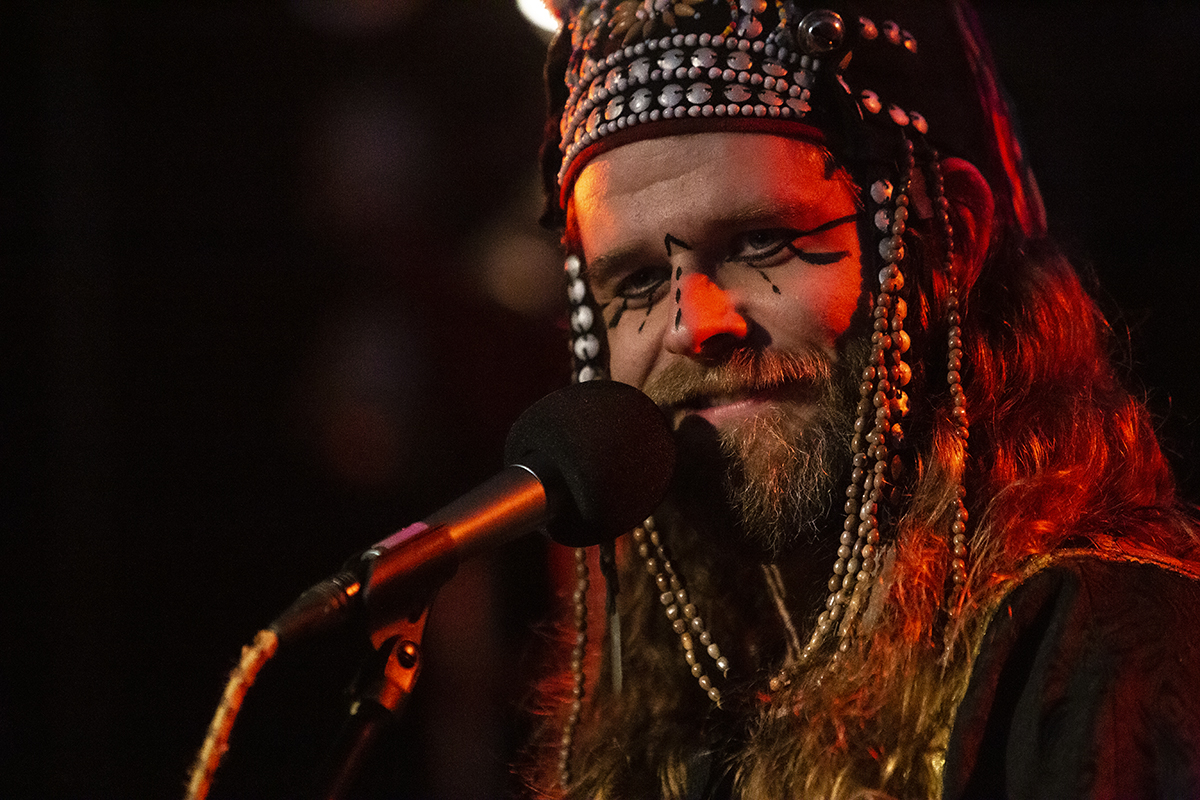 Henge bring a night of madcap sci-fi prog to District, as Getintothis’ Will Truby reports.

When we arrive at District in the Baltic Triangle, we are met by low-glowing lights and people sat around chatting.

This is at 9pm, so we’re already pretty far into the night, and yet the atmosphere is very chilled. We couldn’t have predicted the state of the venue in just three hours time, after the ludicrously mad Henge had finished playing.

Judging by the crowd around us, it seemed no-one was really ready.

Bristolian jazz-prog band The Evil Usses take to the stage at the late hour of 9.30. We notice that the guitarist is none other than This Is The Kit member Neil Smith.

They’re an instrumental band, which is often a hard sell at a gig where the audience aren’t expecting it. But a good portion of the crowd tonight are clearly ready to party, with a good few Henge fans starting the rave early.

Their set is an interesting mix of modern jazz, helped along by their saxophonist and keyboardist, and thumping krautrock in places, which always teeters on the verge of cacophonous noise, but never quite tipping over.

Smith’s careful use of atmospheric and jittery guitar effects elevates this band from rehearsal room riffage to a dense soundtracky soup.

We felt like a bit more chat between songs would have helped connect them with the audience a lot more, as being vocal and front person-less makes it a little difficult feel a part of their set.

Before the show we met Henge’s frontman/shaman Zpor, who gave us a form to fill in about our state before seeing Henge – including him taking our heart rate, measuring our smile width and rating our happiness out of 10.

It’s all part of the ‘Cosmic Dross Experiment’, coincidentally the title of this tour.

It’s features like this, along with the impressive and vibrant costumes that the band members wear, and their alter-ego alien characters, that make Henge THE most immersive band this writer has ever seen. Rather than just playing a live show, the band roll a gig and theatre performance and rave into one dazzling performance.

Often their songs are sung in alien languages, which are delivered incredibly convincingly.

One thing that is particularly impressive about the band is that they manage to be political without being political. Fan favourite ‘The Great Venusian Apocalypse’ is introduced as a cautionary tale, with Zpor explaining that Venus became uninhabitable because of climate change.

The last song is album closer Demilitarise, which is a four-line chant that denounces the manufacturing of weapons in favour of focusing our efforts on exploring space. With an Extinction Rebellion sticker on the guitar, it’s clear that this extra-terrestrial band very much cares about Earth.

Henge specialise in their own brand of off-the-wall energetic songs – the genre of which is pretty hard to nail down, but it’s somewhere between prog, new-rave, and psych rock.

The set is half songs from their most recent album, Attention Earth!, and half unreleased songs – a highlight of which was the sinister rave track Get Out Of My House.

UK TOUR ANNOUNCEMENT!
You are invited to participate in 'The Cosmic Dross Experiment'… as we test the effects of our sonic transmissions on human subjects.
LISTINGS AND TICKETS INFO HERE: https://t.co/dLamODohls pic.twitter.com/O5omAeeJxV

We are guided on this journey by the charming and definitely mad frontman Zpor, who has the aura of that affable magic mushrooms dealer you’d find at all the weird festivals; always grinning with a faraway look in his eyes, throwing shapes any time he’s not singing. The band absolutely all pull their weight though, with bassist Goo and drummer Nom both performing in heavy looking alien masks while performing really involved parts, and synth player Grok providing a monolithic array of sci-fi synth sounds.

If anything will prove that Henge are a band for everyone, it’s the demographic of the audience, which ranged from 20-something ravers to 60s prog fans.

This eclectic fanbase is an effect of the wide array of influences the band take – many synth and vocal sounds are straight out of the War Of The Worlds musical, while in other places we get straight up 90s rave, occasionally getting soothed by 70s psych-pop.

Ultimately there really aren’t enough words to describe how incredible experiencing Henge live is; or maybe just not in our language. 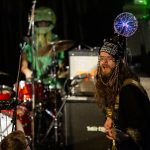 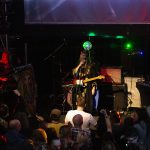 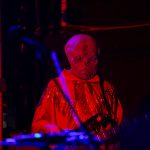 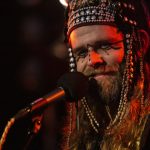 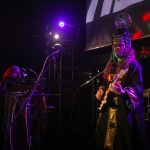 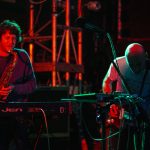 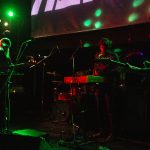 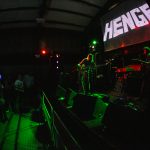 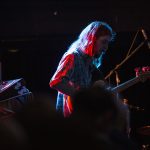 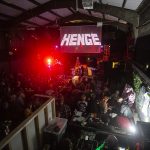