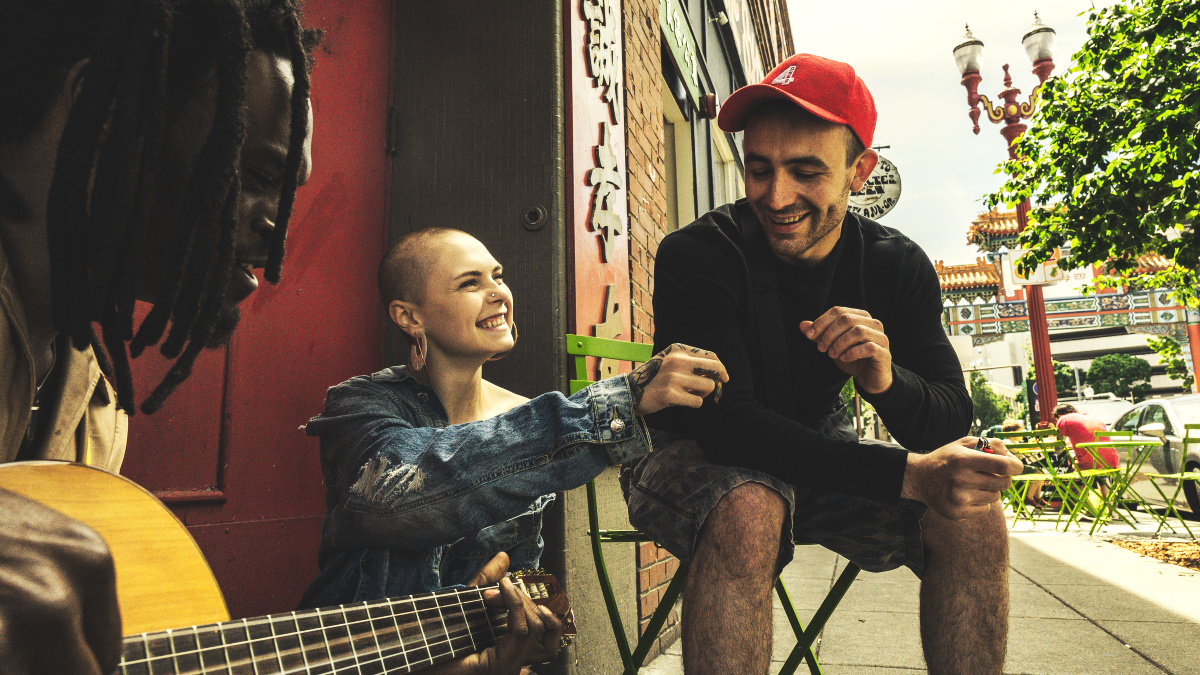 As news of the visa arrangements for artists, musicians and creatives coming into the UK drops Getintothis’ Chris Flack has a look at the impact and the implications.

We’ve mentioned this before. Twice in fact.

There was a suggestion we were just remoaners, that we were only adding to project fear that the reality, the bright dawn of Brexit, the green rolling hills of our collective future would be bold and beautiful.

As it turns out, that bright dawn of Brexit will probably be spent in an arrivals lounge waiting on someone checking you in and rechecking all your travel documents.

The UK Government has announced the Temporary Worker – Creative and Sporting visa (Tier 5) and the news has been met with some concern, but there is one more thing to ponder.

You can almost guarantee that our neighbours across Europe will reciprocate with an absolute lack of mercy or understanding, they care not for your dreams, believe us.

Besides, if we’re going to try and screw a few hundred quid off everyone coming here then they will stick the arm in too, and frankly, who could blame them.

It’s not like this hasn’t come up in discussions before now, and as it happens, it’s already becoming a pain for people to travel, especially this particular Brexiteer, the poor man was appalled.

The new arrangements were announced on Tuesday and the detail is that artists from the EU would be subject to the same rules that apply to non-EU artists once the transition period ends in December.

The current system allows artists and crews to travel freely from the EU into the U.K. and vice versa without having to apply for permits or visas.

Once the transition period ends both EU and non-EU artists will need a Tier 5 visa in order to perform in the U.K.or take part in any kind of promotional activities, attend workshops, give talks about their work, or attend conferences, events or festivals.

The hopes of the live music industry to maintain current arrangements of freedom of movement, allowing artists to travel with their gear or merch without extra paperwork or costs have been summarily dashed.

Tier 5 visa plus health surcharge costs £644. If you need it quickly it’s £1444.
You also need equipment carnets plus a sponsor.
This is for every individual contract, audition, meeting or any work related activity.
The EU is expected to reciprocate. https://t.co/epQzStK7jB

The industry had called for a two-year working visa to allow artists to travel freely around the EU and the U.K. for work and that is officially dead in the water.

Last month,  in an interview with Music Week, Culture Minister Nigel Adams said “it was absolutely essential” to protect free movement for artists post Brexit. Yesterday, Deborah Annetts, CEO of the Incorporated Society of Musicians said the organisation was “deeply disappointed” that free movement has been ruled out.

The impact on festivals, tours, one-off events, or on events like Sound City will be huge. The chances of seeing unique shows travelling across the UK will be diminished in ways we can only speculate on.

The statement from Deborah Annetts has asked that “the U.K. government to reconsider our call for a two-year, multi-entry visa,” The statement has also asked that “Any future immigration system does not exist in isolation and has huge implications for the negotiation of EU and U.S. trade deals and reciprocal arrangements. It is vital that any immigration system supports musicians who will need to tour in the EU post-Brexit.”

In 2018 the EU home affairs sub-committee in the House of Lords called for reciprocal arrangements to be agreed between the U.K. and EU, on the basis that there would likely be a decline in skilled cultural sector workers entering the country after the transition period.

But here’s the thing, while this might be alarming, while we may see a drop in the number of artists coming here, the impact on artists from this country travelling anywhere will be severe.

Rage Against The Machine – a Top Ten to ignite revolution

Consider the cost, each individual will need to pay two hundred and forty-four pounds, six band members get really pricey. Add in merch, and the need to be an international import-export business and well, the moolah adds up. Especially if you consider the super-priority service which comes in at a snip at £800.

Oh, and it takes three months for a visa to be arranged, three long months which will suck any spontaneity out of anyone’s day.

It will be fine for those that fill stadiums, those with megalithic management teams, they’ll be grand, but let’s say, I dunno, Peaness gets a chance at 10 dates around France, Spain and Germany, let’s say each of those countries insists on fees for each of them at each entry point and needs a visa three months in advance…

I think you see where I’m going.

God help anyone wanting to travel from, I dunno, Letterkenny in the Republic of Ireland to Derry City in the North to do a show, (or work in a chippy for that matter) it’s a mere thirty minutes away, just 35.4 kilometres, but it will be a whole other world after Brexit.