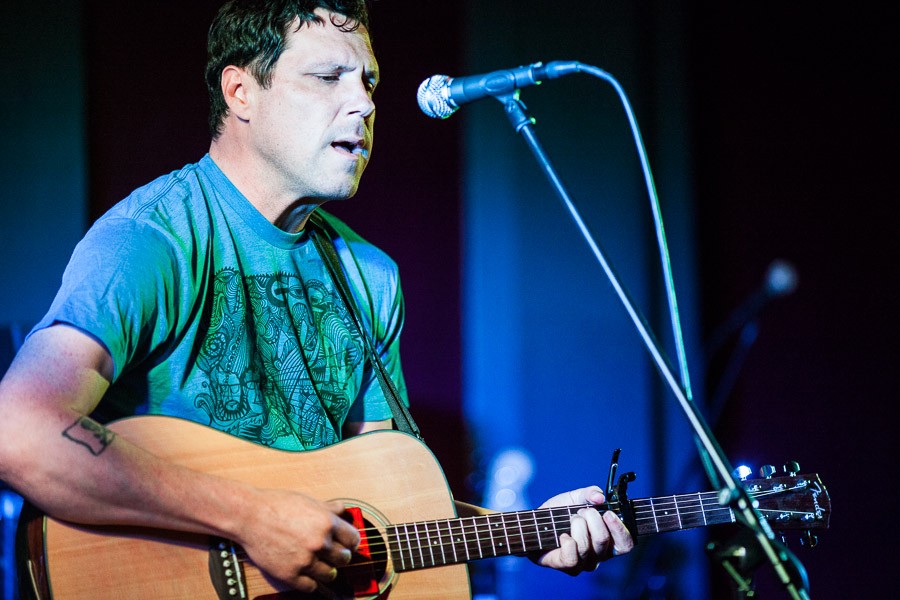 Seattle folk and Americana impresario Damien Jurado is back with a brand new single and an album to follow, Getintothis’ Chris Flack has the latest and a sneak listen to the new song.

Damien Jurado may or may not be new to you though you should make a little room for him in your ears, he hails from Seattle and has released records on Sub Pop, Secretly Canadian and Mama Bird Recording Co.

He sits in good company, clearly.

In these very pages, Jurado has been described as the bastard child of a polygamous tryst betwixt Tom Waits, Bruce Springsteen and Johnny Cash, if Bon Iver were to act as the God-fearing God-parents and teacher.

He has a reputation for dabbling in lo-fi folk recordings, cassette-only releases, found sounds, field recordings and all manner of weird and wonderful techniques, experimenting with a host of tape recording tricks.

He started with those tape recordings in the mid ’90s, hawking his music up Broadway East and into Capitol Hill in Seattle hoping to gain a little traction, slowly we’d imagine, given his love for C90s.

He released his first album, Waters Ave S. with Sub Pop in 1997, Rehearsals for Departure followed in 1999 before a move to Indiana label Secretly Canadian where he reverted back to a more folky vibe and released a whopping thirteen albums, the latest, In the Shape of a Storm just last year.

We haven’t even counted the EPs, the tour only releases, the compilations, the guest appearances, the cassettes he hasn’t told that many people about and the host of singles, Damien Jurado is a busy, busy man.

The Blue Nile: from A Midnight Train, the magic and heartbreak of Paul Buchanan

He is following up his first release for Loose in 2019 with the announcement of What’s New, Tomboy? and is now sharing a brand new song from the album, Alice Hyatt.

If In The Shape Of A Storm was a stripped back version of everything that revealed Jurado at his most intimate and vulnerable, What’s New Tomboy? brings Jurado to a bigger sound, with the rhythm section front and centre.

The new single, Alice Hyatt is surprisingly sparse given the vibes from across the record, its instrumental elements bring a soul and welcome depth to the lyrics.

Damien Jurado has been wearing down his shoe leather for the better part of 25 years, chasing the ghosts, exploring souls and lost worlds, but as far as we know he is searching just like the rest of us.

His new album, What’s New, Tomboy? is an album of bare minimums and revelations, it is as frail, as it is life-affirming, and Jurado carries into this work his usual wry wit.

Jurado wrote the track When You Were Few as he was clearing out the bulk of his life, clearing room for thought among many collected possessions, as he says himself; “I got rid of almost everything I owned, it was almost like I had died, honestly. You know that feeling when someone dies and you have to clear out their apartment or their house? That’s what I did. It was as if I had died, even though I was still living. I donated five of my guitars to a thrift shop.”

It has been suggested that this new record could be Jurado’s finest to date, while there is more to it the sound is stripped back and grounded in a world Jurado is still trying to understand.

Have a listen to the track below and let us know what you think.