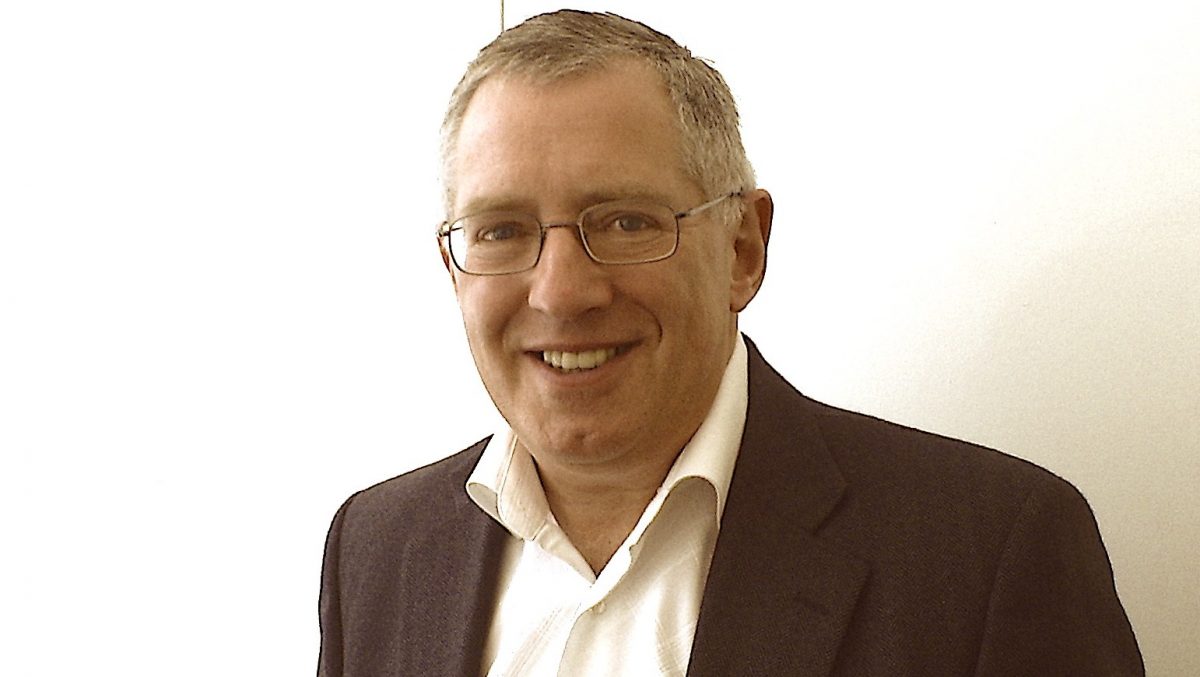 It was always the same, always different.

Whether it was a Tuesday after double science, or a Friday before single English, our lunchtime trip to Quirk’s Records Centre was a near daily experience.

We didn’t really buy much music. We just went to hang about. Some of the lads didn’t even like music – they just came to shoot the breeze.

It was better than kicking a tennis ball around the playground or having verbal volleys spat in your direction from a French teacher with high blood pressure.

Along with Woolworths (the pick-n-mix and CD bargain bins were essential stop), Stan’s (the mobile disco man’s) second hand record shop and Taylor’s the newsagent (decent mags and knock off ex-jukebox CDs), Quirk’s was part and parcel of our teenage gang’s daily routine.

This was early 1990s. The CD was King. And it was a bloody expensive commodity to a teenage lad who’s primary income was a paper round or washing dishes in some village pub.

But that didn’t worry us. 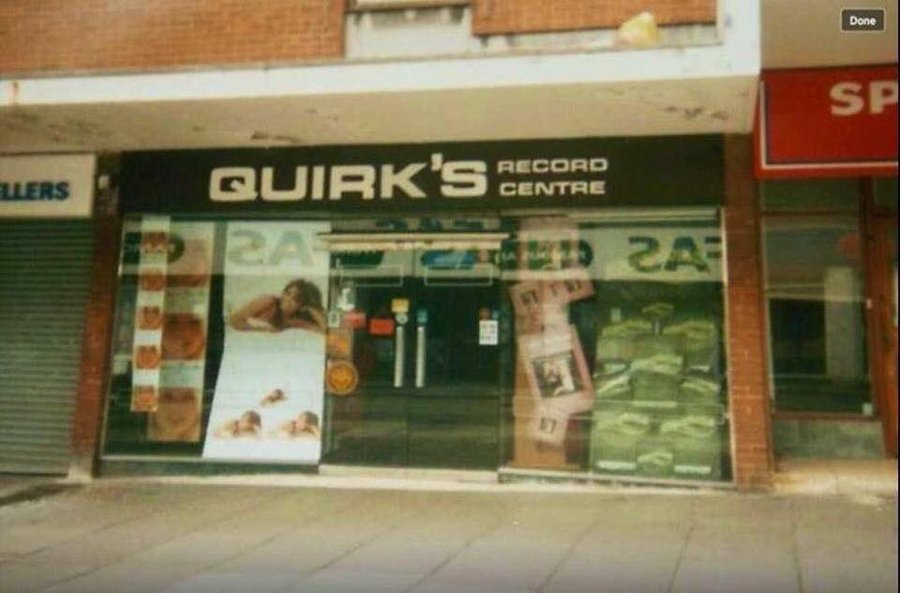 Rob, Richard Prior (not that one), Charly, Will and an irregular handful of others used to make the trip past Ormskirk clock tower, past the legendary local butcher Peter Scott‘s and take a left into Quirk’s.

The only proper record shop in West Lancashire.

Owned by brothers Paul and Rob Quirk – it was one of five they ran in the North West – and it was our hang out every week.

There’s two forms of skippers in record shops – there’s Carl from Hairy’s (side-kick to silent Bob, not that one) who was chatty-as-fuck.

Carl brimmed with energy and enthusiasm, greeting you with an ‘alright, mate!‘ as soon as you whistled through Hairy’s front door – barely waiting a moment to telling you all about a rare psychedelic soul album that had dropped in that day and was worth a punt.

Or there was Wendy. A lady of few words.

She’d usually be checking the advance releases from a folder; whisking through the plastic paper holders while peering over her glasses as we walked through the door and acknowledging us with a ‘Hi‘.

The shop had big glass doors and was regularly updated with new massive artwork of the latest releases – primarily classic rock adorned Quirk’s walls and usually it was Wendy dictating the sounds emanating from the shop jukebox mirroring the artwork.

Queen, Thin Lizzy, Springsteen, Bowie. Or if they were pushing the boat out – Soundgarden or Extreme.

We’d shuffle round the shop. The first ten minutes usually rifling through the racks – rarely with any intention to actually buy anything – more just to reassure ourselves that we knew some of the bands or new releases.

The next 20 minutes was usually spent arsing about looking through the sale racks and laughing at rubbish cover artwork.

If anyone ever bought a CD it was usually coinciding with our first forays into gig going. One week Rob and Prior bought Brian May solo albums as they were off to see him in play at Liverpool Royal Court.

Paul would usually emerge from the back of the shop when you were after something in particular. And it was during the mid-90s that I got to know him better.

Only through short conversations – but our love of Nirvana then through to almost everything associated with Britpop meant trips to Quirk’s increased, with or without the gang.

Suede, Oasis, Blur, Pulp and the rest were all talked about with Paul – and often the chat would turn to football and talk of his beloved Liverpool who’s fortunes contrasted starkly with our team, Everton. But everything would come back to music.

Yvonne Page of Dig Vinyl: a day in the life of working in a record shop

He loved the charts. Was hugely knowledgeable about stats and sales figures. And his love of the nuts and bolts of the music industry was evident – even to a teenager who was more concerned with power chords and band t-shirts.

Quirk’s along with Probe in Liverpool and numerous record fairs around Merseyside became a gateway to our music tastes developing and becoming more progressive.

It was through Quirk’s we’d place orders – stopping off in lunchtimes to collect them. Perhaps our most prized possession is an early pressing of There Goes The Fear by Doves – the extended version a rock and roll classic which was released and deleted the very same day. 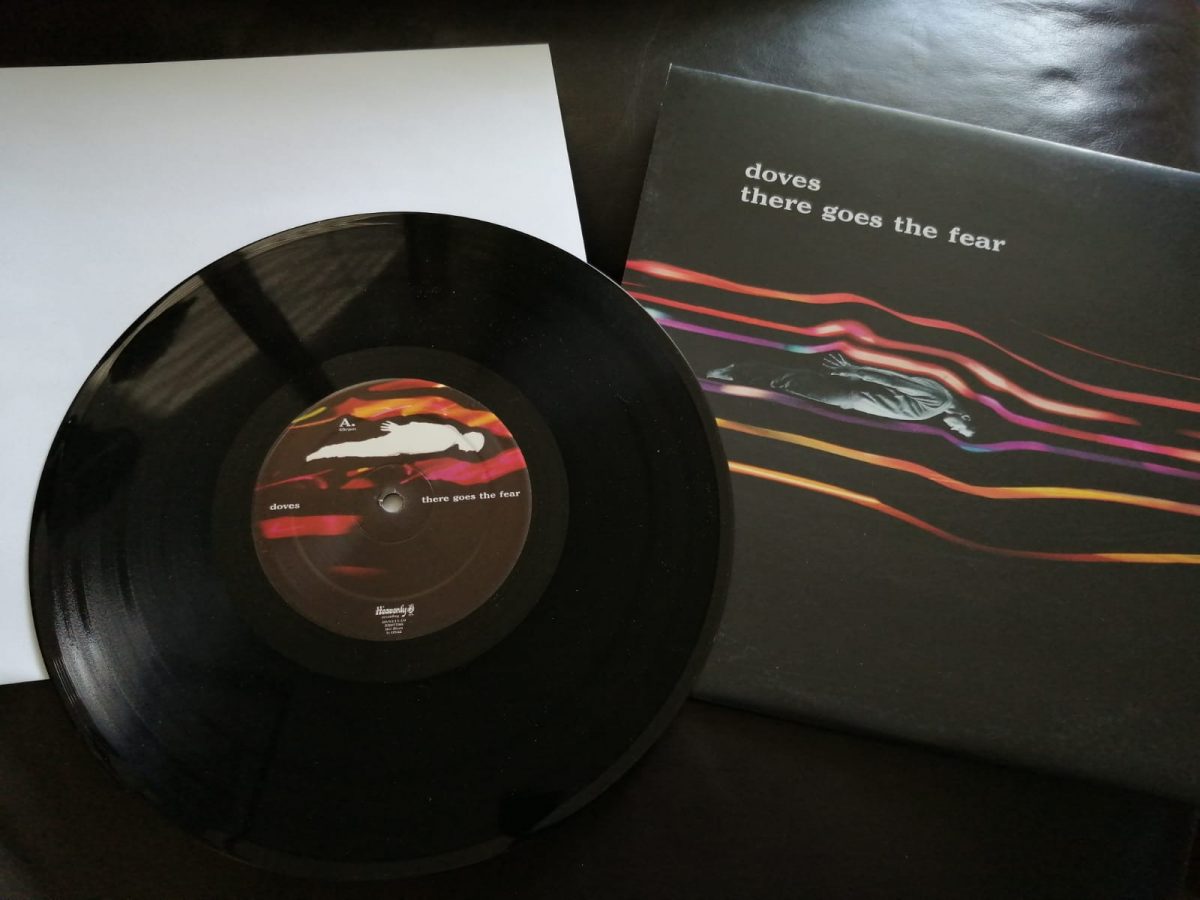 As we grew older and left for university trips to Quirk’s became scarce.

However, having completed my degree and subsequent journalism post-grad, I landed my first newspaper job on my local, the Ormskirk Advertiser – and once again trips to Quirk’s were back on the agenda.

This time round, chats with Paul on the state of the record buying industry were more frequent than on the actual music – football never got a look in.

He was ahead of the game. He knew the local record shop’s days were numbered. And in 2008 Quirk’s closed – and West Lancashire, much like most places had lost its only independent record shop.

Years later my relationship with Paul was rekindled when he emailed me at the Liverpool ECHO. I had a weekly new music column, and Getintothis was in its infancy – and Paul was hugely encouraging with what myself and the Getintothis team was doing.

Alongside Rough Trade‘s Spencer Hickman, Paul became the driving force behind Record Store Day UK, inviting me down to one press launch with PiL and Orbital playing – sadly work got in the way.

Record Store Day coordinator, Megan Page said: “I met Paul on my first day at ERA 6 years ago and worked with him closely ever since.

“He was a passionate supporter of the indie record store sector, a huge driving force behind RSD but most importantly a loyal mentor and friend to me personally. I’m so sad and will miss him dearly.”

In 2012, Paul played a prominent part in the superb documentary, Last Shop Standing – an adaptation of Graham Jones‘ book with the film featuring the likes of Johnny Marr, Billy Bragg, Paul Weller and Richard Hawley.

It was a superb watch and Paul was front and centre in Liverpool’s Hard Day’s Night Hotel speaking frankly, passionately and honestly on the demise of the indie record shop. It’s a must-watch for any music fan.

He was chairman of Entertainment Retailers Association (ERA) over three separate periods including the longest continuous reign at the helm of the trade group.

Paul was a regular columnist for UK trade publication Music Week with his feature Paul’s Quirks – and in 2008 was presented with a special recognition award for services to music retailing at the Music Week Awards.

But to Getintothis and my mates, he was the fella who ran our local music mecca – the place we went to every day – a place to knock about, have a laugh and maybe hear some new sounds.

A rare place in this day and age – something to cherish.

Every independent record retailer in the country has a lot to thank Paul Quirk for. He did so much to help us with his work at the Entertainment Retailers Association and the huge success of Record Store Day. Above all that though he was a very nice, friendly and likeable man. https://t.co/ftRY1JMES3

Devastated to hear of the death of former indie retailer, ERA Chairman and Record Store Day champion Paul Quirk. He helped make RSD the success it is today. We shall miss him dearly. Goodbye, old friend x

What I will remember most about Paul is his unwavering love of the Beatles, of Liverpool and how much he enjoyed a good night out with the ERA gang. We’d travel all around the country visiting record shops and it’d always end with a dodgy Chinese & a (very late) hotel night cap!