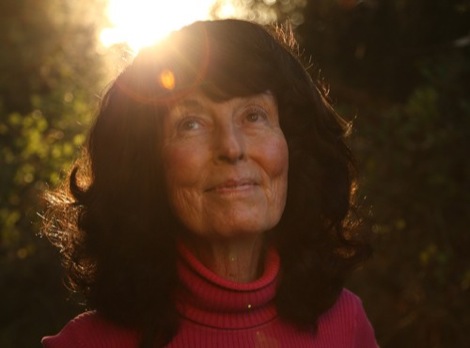 Rediscovered after 44 years in the wilderness, Californian psych-folkie Linda Perhacs brings her cult classic album Parallelograms to Liverpool this summer, Getintothis’ Paul Baker explores the story of this lost gem.

We like a rediscovered lost gem here at Getintothis, and in Linda Perhacs‘ 1970 album Parallelograms we’ve certainly found one.
So when we heard that Harvest Sun were bringing Ms Perhacs to Liverpool to play her cult classic in full, we felt we had to trumpet it. The show’s taking place at Leaf, Bold Street on Tuesday, June 3 and it should be a cracker.
Perhacs’ story is a good one and worth telling here. Working as a dental hygienist in California in the late 1960s, the young Linda was attending to the teeth of Hollywood royalty by day, hanging out with the Topanga Canyon hippy scene by night.
When one of her patients, the Oscar-winning composer Leonard Rosenman, asked if he could hear her music, it resulted in the pair recording and releasing the album Parallelograms in 1970.
The album collects songs Perhacs had been writing from 1967-70 and nicely combines the prevailing West Coast psych vibe with the soul-searching singer-songwriter concept that would go on to mark the early 1970s.
Perhacs’ voice starred, alongside some spine-tingling arrangements. Moving from Grace Slick-like Jefferson Airplane sexy to Joni Mitchell folk-angel vocal highs, Perhacs delivers an impressive debut.
The singer-songwriter claims some degree of synaesthesia, apparently seeing distinct shapes when she hears music. This experience caused her to come up with the idea for the title track. Parallelograms provides a genuine surprise after the beautifully fey, stoned-out opening tracks. From here the trip gets weird as Perhacs sings in a clear, glassy voice of all the strange shapes she witnesses when the music takes her.
Half way through, the track erupts into full-on acid-fuelled madness – a wonderful, disturbing breakdown, reminiscent of the middle of Led Zep‘s Whole Lotta Love.
While Zeppelin channel a psychedelic orgasm, Perhacs’ muse is a mind momentarily lost in sound and light, with the listener given a glimpse of the strangeness of her synaesthesia, before slowly coming to on the other side when the gentle acoustic guitar kicks back in.
It’s a great listen, and while the rest of the album doesn’t reach its heights of strangeness, there’s certainly more than enough here for the psych-lover and fans of cult vinyl re-releases.
The album was lost almost without trace in 1970, but its fire was never quite quenched and in the 2000s it was given the necessary remastering and rereleasing, championed by the likes of Devendra Banhart in the process and garnering a new following for Perhacs.
In the intervening years she kept her dental day job, and largely forgot about the album she made at the end of the hippy-era. But positive critical reviews and that growing fanbase has seen Perhacs release a 2014 follow-up to Parallelograms, titled The Soul of All Natural Things, a mere 44 years after her debut release.
Unlike fellow cult psychedelic survivor Rodriguez, the evidence of her new album suggests the years have been kind to Perhacs’ voice. Now 70, her range seems intact on recently released tracks like Freely and Prisms of Glass.
It all bodes very well for her much-anticipated Parallelograms show. See you June 3, at Leaf then.
UPDATED:
News just in from your local gig info service:
“Unfortunately Linda Perhacs has had to cancel her European tour (including Leaf on 3 June) due to an accident, which has inflamed a neck injury she suffered a few years back.
Please contact point of purchase for a refund. We wish her the speediest of recoveries and hope she can reschedule the tour at a later date.”

Further reading on Getintothis
War On Drugs ready to cast their spell on Liverpool once again.
Flying in the face of adversity – the demise of the music press in the digital age.
Word Magazine closes: The final word on a much-loved music magazine
Bob Dylan, Run DMC and the moral dilemma of selling out to advertising
Lou Reed: The man, the myth and Metal Machine Music.
Phil Everly: Why worry now? The Everly Brothers and their timeless legacy.
Parquet Courts set for Liverpool summer outing at Kazimier.
Brian Jonestown Massacre to decamp in East Village Arts Club.
Andrew WK to party hard in Liverpool’s East Village Arts Club.