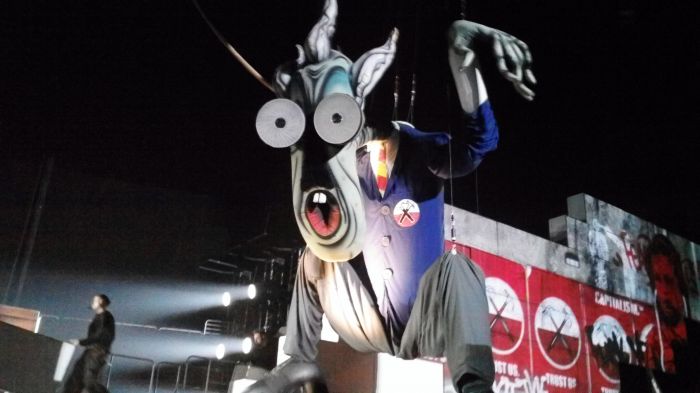 As the recent trend of bands touring a classic album continues unabated, Getintothis‘ Shaun Ponsonby considers whether it symbolises a creative dearth or if it can possess artistic merit in its own right.

Dave Grohl recently told a national music publication – who will remain nameless my educated friends – that he dislikes the concept of bands going on the road to play one of their classic records in its entirety.

There has certainly been a bit of an influx of these tours over the last few years.

In fact, The Wailers are currently in the country playing Legend. Next month, Manic Street Preachers are on the road playing 1994’s The Holy Bible, followed by Peter Gabriel and So.

Metallica have played old albums more regularly than they have released new ones as of late. And to celebrate the tenth anniversary of US festival Riot Fest, the organisers enlisted ten bands to perform one of their classic albums.

But is it “presumptuous” and “lazy”? And is Grohl himself being presumptuous by calling it “lazy”? And is that question so mind blowing that it will cause the world to implode, leaving us all to exists merely as small specs of space dust?

We’re not entirely sure what he means by “presumptuous”. Perhaps presuming that the audience wants to hear a whole album from thirty years ago? But that is somewhat a moot point if the audience have bought tickets to a show advertised as such. But then Iron Maiden played a new album it it’s entirety on their 2006 tour. Is that presumptuous too, or is that artistically challenging your audience?

“Lazy”? On the surface, perhaps. But on the other hand it could just as easily be seen as a new challenge for a hard working band.

Last year, The Who toured the UK, playing their 1973 rock opera/true masterpiece Quadrophenia.  Given that The Who started touring fairly regularly again in the late 1990s with only one album of new material released in that time, could it not just be a different way for them to hit the road when they feel like getting out there?

If they’re playing an entire album, they’re inevitably going to be playing songs that they haven’t played in a long, long time in lieu of songs that they’ve played to death. They didn’t play Substitute or My Generation once during that tour – but they played Cut My Hair and Sea and Sand. How often do THEY get aired?

For die hard fans, it can be a thrill to hear songs they never thought they would as much as it can be a thrill for the band to get out of a setlist rut and spice things up a bit. It can be a challenge to play something as a piece of work, rather than handpick individual songs.

Then there can be a new way to stage a show. Sure, since his brief reunion with Pink Floyd at Live 8 in 2005 (NINE years ago? “Ticking away, the moments that make up a dull day…”), it seems all Roger Waters has done is tour Pink Floyd classics Dark Side of the Moon and The Wall.

Yet each tour was a completely different animal. The Dark Side… shows were more strait-laced and traditional. But, The Wall show was a spectacular concept piece, steeped in powerful political and emotional imagery that only strengthened the source material and showed that the themes of the album are as important today as ever.

It was something that could not have been put together without having an entire album. And nobody who saw the detail of that show could possibly call it “lazy”. Of note, in fact, Grohl and Foo Fighters helped Waters promote the tour by playing In The Flesh with him on Late Night With Jimmy Fallon.

Lest we forget, it can be difficult for older acts to keep their older material fresh.

Springsteen is known for playing unpredictable marathon sets, where he could play just about anything at any given time. But even with that, on his last European tour he would occasionally play one of his classic albums without warning. They weren’t advertised as being such, and he didn’t do it every show. But once in a while, he’d just step up to the microphone halfway through the show and say “we’ve decided we’re gonna play all of Born To Run/Darkness on the Edge of Town/Born In The USA for you”.

It felt like he just wanted to change it up a bit, even if it was one of the few times at a Springsteen show where you could guess exactly what the next song would be.

Of course, it would be naïve to suggest that the interest an artist might have in the concept isn’t commercial. Roger Waters’ The Wall tour became the highest grossing tour by a solo artist. More than Michael Jackson, more than Madonna. Hell, it out-grossed all Pink Floyd tours.

It can be difficult to be profitable as a musician in this day and age, so there is that incentive. It’s easy to look down your nose at that, but you gotta pay the bills, man.

The Wailers’ main set will feature all the tracks on Legend anyway. They probably don’t make as much money as you think, so if they can make a little more just by playing those songs in that order, why should that be a problem? And in fairness, having seen the show in Manchester earlier this month, if was a helluvalot of fun. Maybe not one of the seminal musical moments of our lives. Maybe the hairs on the back of our necks didn’t stand up. Maybe we weren’t moved to tears. But we danced, we sang and we left grinning like a small child who had just heard a very rude joke. What is wrong with music being mindless FUN?

It is also true that the audience’s main reasoning will be nostalgia.

And as true as that might be, that’s not why it’s dear to your heart. You lost your virginity to them. You were a fresher when they were out. They were the first albums you played in your first car. You listened to them on Venice Beach when you were holidaying in California. It represents a moment in your life. What’s wrong with that?

Sure, it can be cheesy. But it can be done right as well. It is possible to do it in such a way that it adds more layers to the original work and can go beyond simple nostalgia, working as a unique performance in its own right. The Wall tour more than proved that. Plus, for a really great band, it doesn’t matter what they play. It’s the passion they put into it that makes it special.

But, just judging by the sheer number of artists name checked in this piece, it has been done to death. So, though Dave may raise a decent point, perhaps the problem isn’t that it’s done so much as the amount of times it has been done. Because something can be cool, but probably only occasionally.