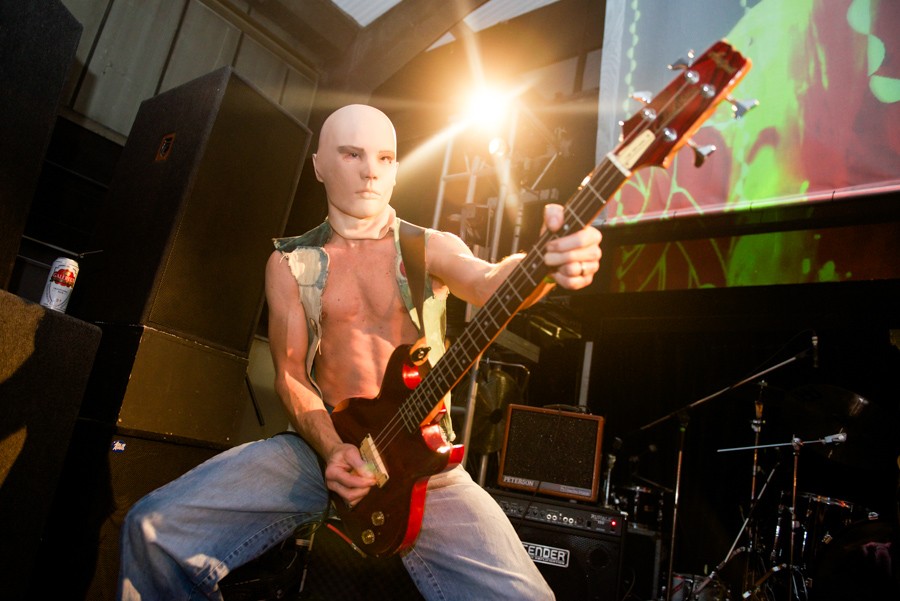 For three years Preston’s Evil Blizzard have operated outside of convention in nearly every aspect of their existence. From the twisted aesthetic of pig masks and pink spandex to the bass heavy drone of what they call music. However, it is perhaps Everybody Come to Church, their second release via Louder than War, that is both their best, and most experimental work yet.

Opener Am I Evil? is their heaviest song yet, where they’ve never been afraid of distortion in the past, they turn it up to 11 now. This is a fresh yet fucking ugly face to Evil Blizzard.

For those who have yet to witness the spectacle that is Evil Blizzard live need to pre-book therapy sessions for the following morning. From opening acts that are OAP strippers to ‘mop-man’ a chainsaw massacre-esque member of the band who’s only job is to plunge a filthy mop into audience’s faces, Evil Blizzard are not ones for half measures.

The band have become big favourites on the Liverpool scene over the years with shows at Mello Mello and The Arts Club, support slots with Sleaford Mods and most recently at Psych Fest, where they were perhaps the most talked about act of the festival.

The freak show will be descending on Bumper on the October 17 and it promises to be fun for all the family, providing you’re the Manson’s.