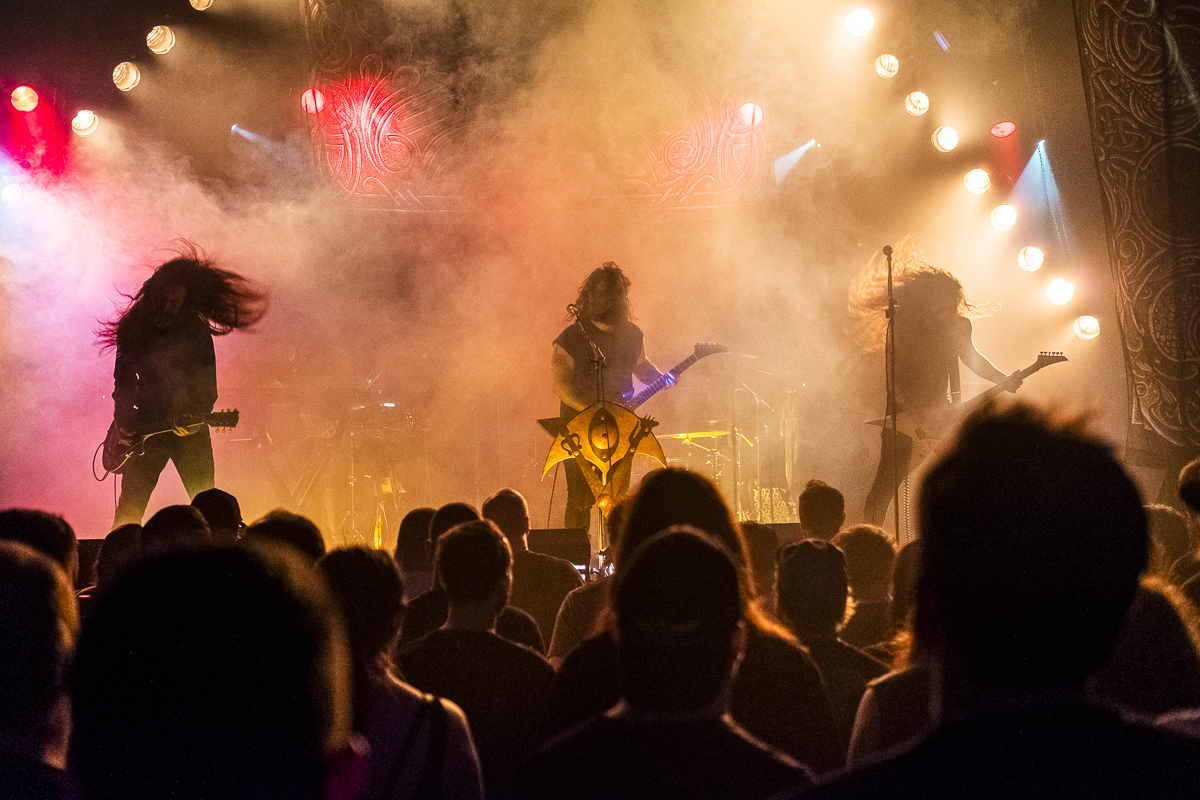 Wolves in the Throne Room (Photo by Chris Everett)

Getintothis’ Nedim Hassan ventured to Invisible Wind Factory for the Liverpool metal event of the year.

In spite of the oppressive heat of the summer, Liverpool’s metal fraternity descended upon Invisible Wind Factory tonight.

From slam death metalheads to doom merchants, it seemed that the entire scene had gathered in anticipation of some of the most compelling black metal artists on the planet.

Smiling faces and (sometimes sweaty) hugs were in heavy supply and the atmosphere was akin to a festival as punters wandered around the spacious venue, checking out the bar, merchandise area and outdoor seating. Indeed, some of us commented on how the space, with its impressive stage, lighting and décor would be ideal for a metal festival.

Such discussions would have to be put to one side as Liverpool’s own Dawn Ray’d strode to the stage and tore through a short set that asserted just why they have become one of the most promising young black metal acts in the UK. Songs such as Fire Sermon convey genuinely venomous rage as vocalist Simon B. rails against inequalities and injustice. Gentler passages of violin only serve to underpin the unrestrained anger of their savage guitar riffing. 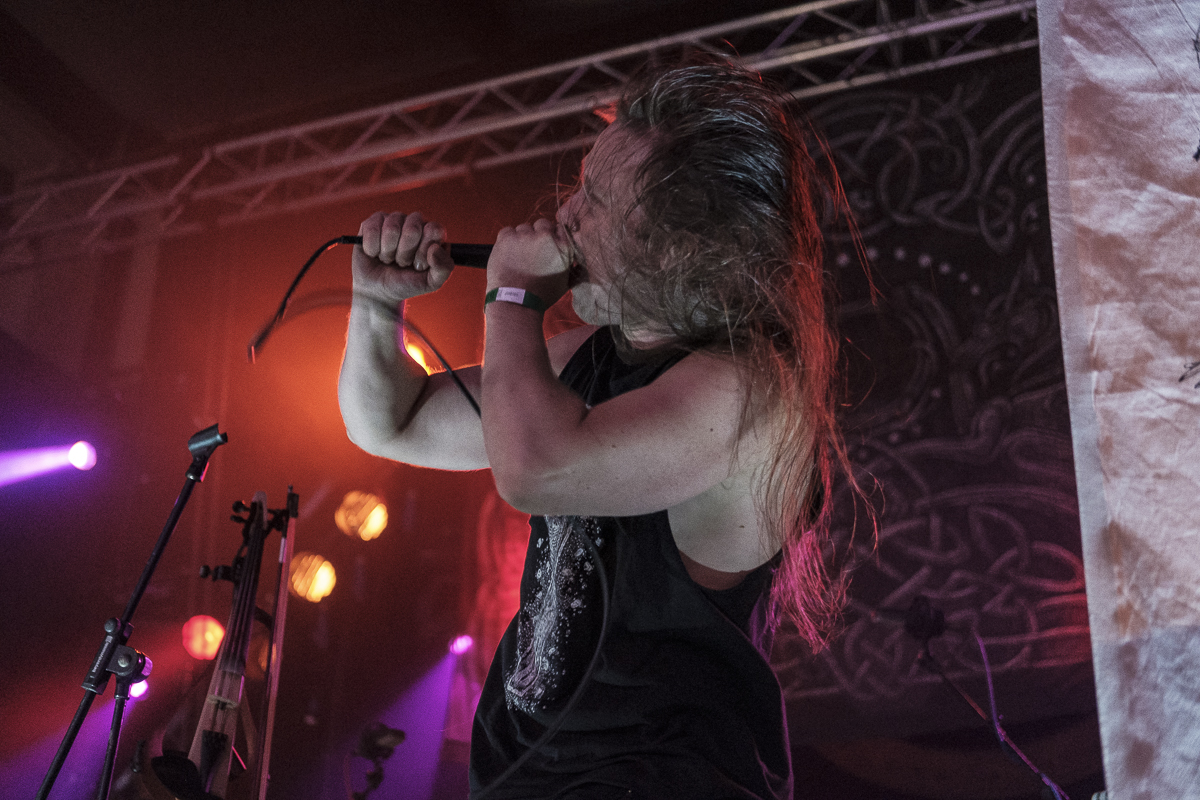 Mancunians, Wode, are more of a traditional old school black metal act in certain respects. Songs such as Trails Of Smoke feature a familiar torrent of impenetrable dissonant guitar riffing. However, it is on their newer numbers from last year’s opus Servants Of The Countercosmos, where the band is more captivating. Their title track from this album with its blending of classic metal guitar hooks within their tremulous guitar soundscapes was an enticing live proposition. 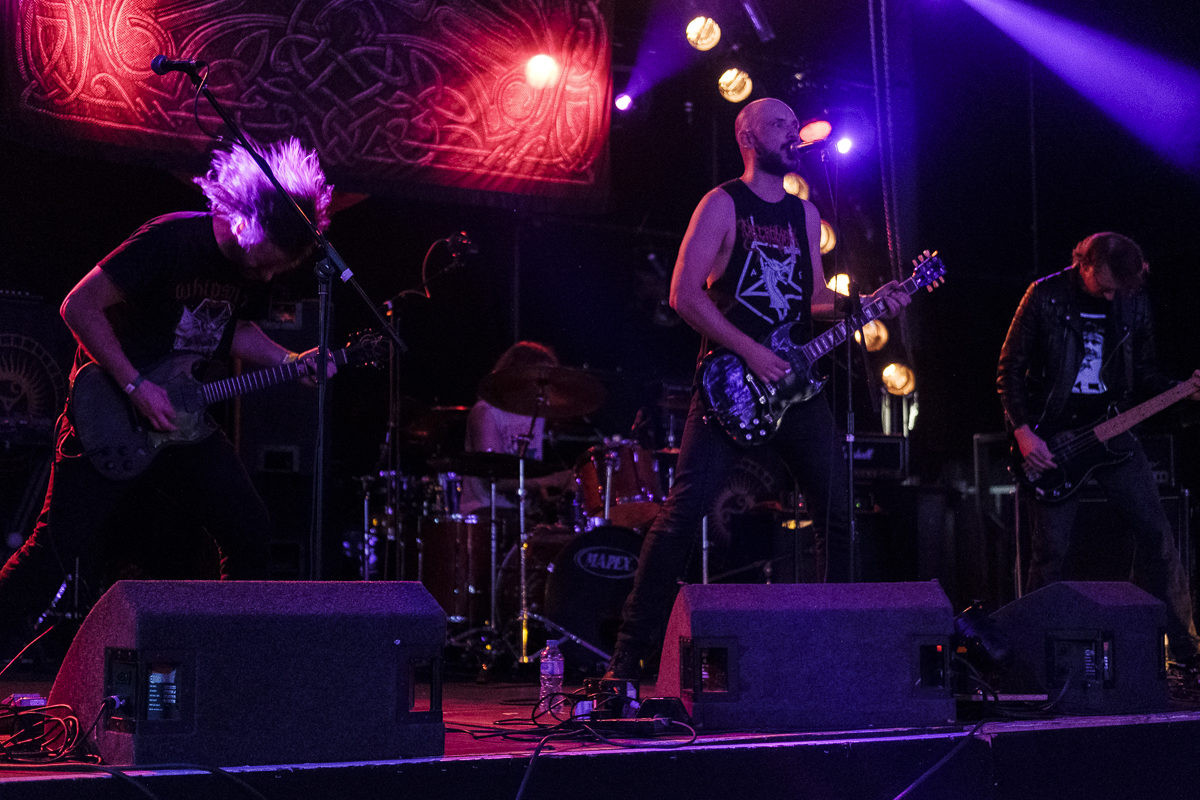 A purple haze of lighting saturates the stage as Wolves in the Throne Room slowly emerge. At the same time, the gentle sound of flowing water permeates the Invisible Wind Factory stage. The imposing guitarist Kody Keyworth walks through a billowing fog of dry ice and proceeds to light a stick of incense, purposefully wafting the crackling wood in circles. Vocalist/guitarist Nathan Weaver stands in front of an elaborate, ornate microphone stand and waits.

Epic is an over-used word when describing this type of music. But, from the moment when the haunting opening keyboard passages of Thuja Majus Imperium drifted out, it was clear the audience were about to be taken on a journey through darkness and transcendence.

Wolves in the Throne Room’s re-imagining of black metal is a sensual evocation of some of nature’s fundamental elements. Sharing similarities with the themes they explore, the band themselves are a force of nature. Powerful cascading guitars envelop and overwhelm; the sonic equivalent of an icy storm lashing all in attendance. Relief from the storm momentarily arrives through Brittany McConnell’s lush keyboard drones on songs such as the sublime Born From The Serpent’s Eye, before we plummet once again into bleaker terrain. 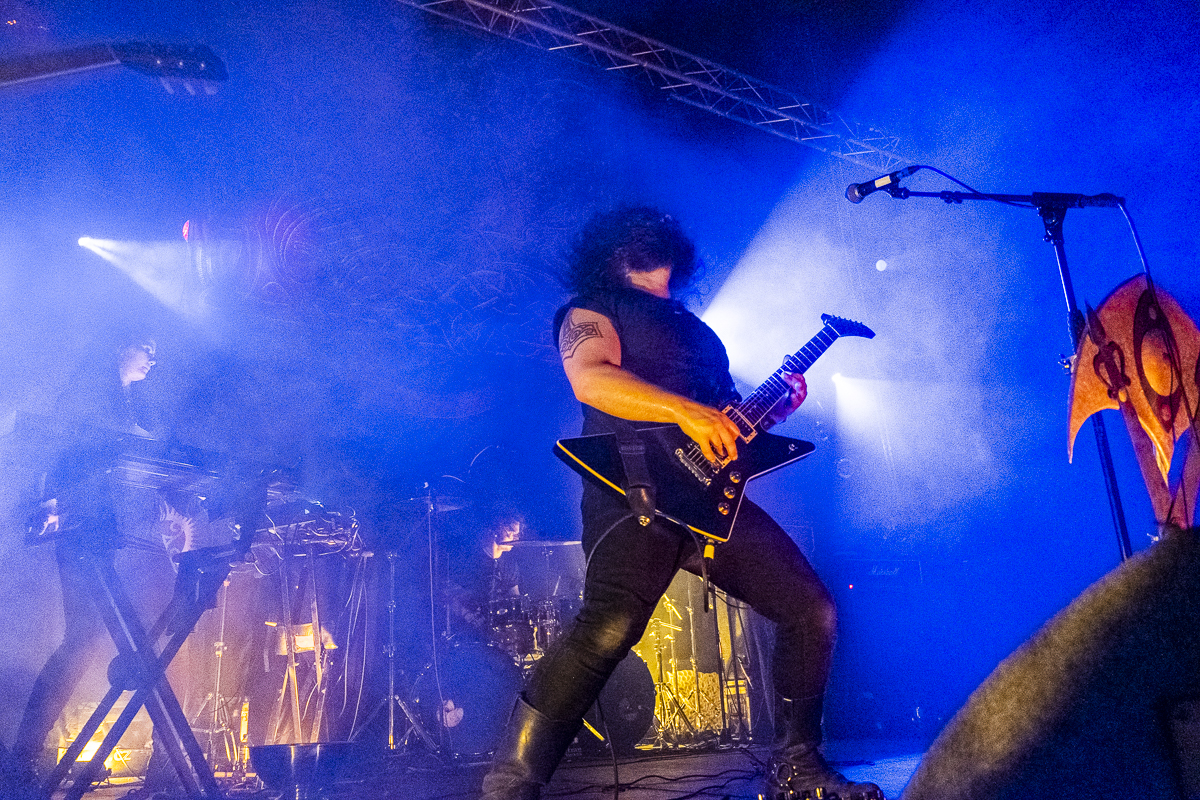 Angrboda conjures the beast of Norse mythology that is its subject matter through a majestic slow-build of layered harmonised guitars, an all-out sonic assault follows as the song builds in intensity, before finally, the beast loosens its grip and the pace relents.

The set comes to a climax with the truly epic and terrifyingly heavy, I Will Lay Down My Bones Among The Rocks And Roots. It all gets too much for one side of the PA system at the venue, which is temporarily blown out, seemingly by the sheer sonic power emanating from the speakers.

By the time the lights come back on and we were wrenched from the trance-like ride we have been on, we are left temporarily disoriented. Smiles of satisfaction and euphoria eventually return to our faces as we stumble into the dusky streets of the dock area, safe in the knowledge that we have witnessed, not simply the Liverpool metal event of the year, but a truly unique spectacle from masters of their art form. 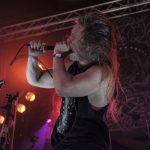 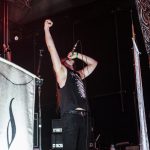 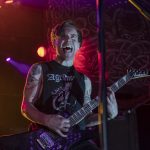 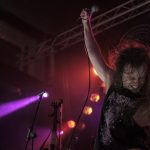 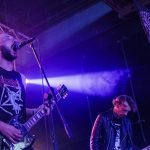 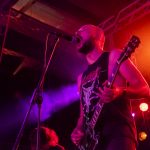 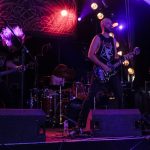 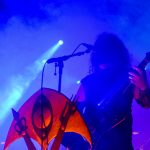 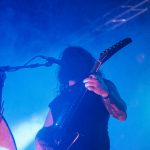 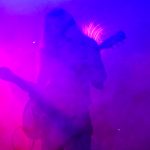 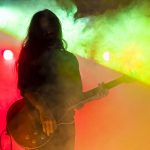 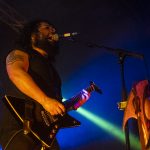 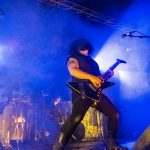 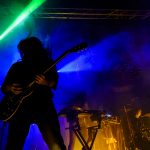 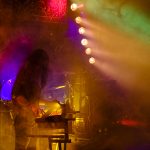 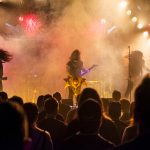