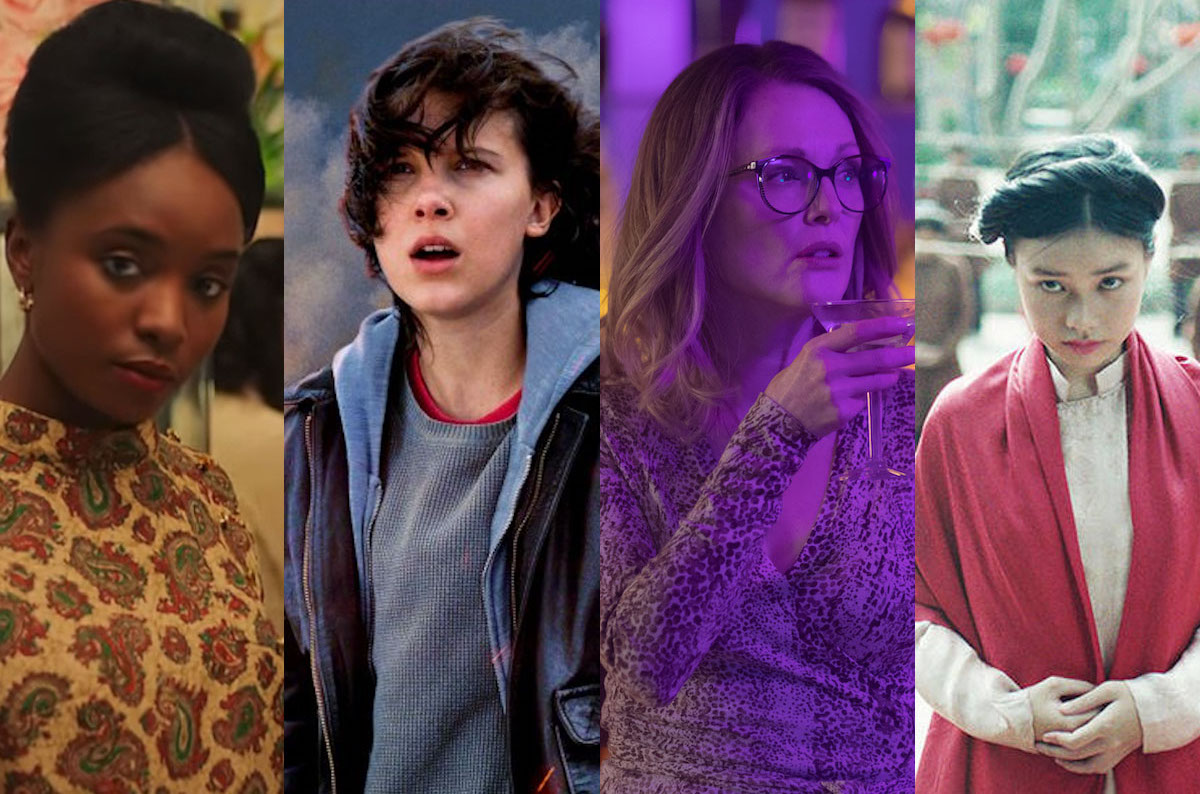 Getintothis’ Kieran Donnachie has scoured release schedules and festival lineups for films that caught his, and hopefully your, eye.

Of course we’ll still gobble up those too, but hopefully this list offers plenty of alternatives for those looking to impress the wannabe film critics in their lives.

The picks aren’t gospel, but let’s be honest, we’ve put more thought into it than just watching the trailers on our phones. Honest.

Our picks for 2019 include a new offering from Jordan Peele, Ari Aster, Robert Redford and,erm, some more super heroes.

If Beale Street Could Talk

Barry Jenkins’ follow up to Moonlight promises to be something special, yet again. Based on the James Baldwin’s novel, If Beale Street Could Talk is yet another bid to topple Wong Kar-wai as the master of melancholic romance. Don’t sleep on this one.

Nicolas Pesce makes unique, visually appealing horror, on a budget. This sophomore feature, based on the Ryū Murakami book of the same name, is a call back to the heady days of exploitation cinema. Attractive men and women mistreat each other’s bodies for the run time, in all the right ways. Like all too many on this list it’ll likely need seeking out, but best do if the words “kink horror” catch your eye.

Javier Bardem? Penélope Cruz? Madrid? No, the new Pedro Almodóvar isn’t finished yet. This is Asghar Farhadi’s latest. After breaking into a global audience with A Separation, the Iranian director’s penchant for dark and family focused social realism continues. More of the same is never a bad thing when you have a back catalogue like Farhadi’s.

Looking at it’s name alone, you probably have ideas what this film is about. You’d be wrong. Based on the short story by John Ajvide Lindqvist (Let the Right One In), the film follows a border guard with the ability to sense fear. With a heavy romantic vibe, despite it’s odd setup, Border certainly follows in the footsteps of brand of weird romance Lindqvist displays in other work. Spiced with some intrigue, it’s certainly something leftfield for most fans of Scandi cinema.

If you want in on the inevitable internet discourse from that will surround Jordan Peele‘s (Get Out) latest, note the release date. You already missed the boat on gushing over, the retrospectively obvious, turning of hip hop classic I Got 5 On It into creepy trailer music. Us (ballsy move on the SEO front) hints at being another dissectible film that blends the mundane horrors of being black in America with more fantastical horrors of cinema. Going in blind may be the best option.

You’ve seen this movie before. Young kid, tough family life, delinquent friends. And yet. It’s a timeless story, and even if it doesn’t quite match yours, the odd detail really hits home. There’s also that certain allure of any film by an actor turn writer/director. Jonah Hill is obviously privileged to be connected to a network of other filmmakers, and has an established name to throw behind his work. And yet. It’s a scrappy looking film, and the 90s is due to come around with the 80s fatigue setting in already. You can’t go wrong with Wu-Tang Clan classic Tearz in your trailer either.

Ahh, one of the 15 Disney driven giants this year. It’s hard to miss this hulking beast stampeding the box office, with 11 years of movies trailing behind it and countless more on the horizon. Will it be a cinematic masterpiece? No. Will it be called such? Definitely. There’s a certain level of schadenfreude surrounding the Avengers Endgame for us, could it be deliciously too big to succeed? But still we look forward to it. Marvel Studios and Disney have loosened the leash ever so slightly lately, so here’s to hoping for less bombast and more warring philosophies.

The last Godzilla was underrated. This one has King Ghidorah, Mothra and Rodan. What more could you want from a movie about a titanic beast than at least three more titanic beasts. It’s the “mad lads actually did it” of Kaiju movies. Michael Dougherty (Krampus, Trick ‘r Treat) helms the project too boot. We’re quietly excited for this, but no refunds if it’s actually bad.

Rounding out the “summer blockbusters that will actually be good” block is the Spider-Man sequel that might just be the best of the four Spider-Man sequels. Confusing, yes we know. Hot off the heels of what is by far the best comic book movie ever released, Into the Spiderverse, the live action version is hard pressed to say the least. A humble, smaller stakes Spider-Man is the best version possible, so cross your fingers that what we’ve seen so far is sleight of hand and our friendly neighbourhood hero isn’t turned into a weapon of the state. No, there isn’t such a thing as reading too much into it.

Once Upon a Time in Hollywood

Quentin Tarantino is a filmmaker you grow out of. His slick dialogue and direction endears many the fledgling film student. But there’s only so many times you can write yourself into the film to say the n-word a lot. Set in ‘69 L.A., amidst the Manson Family attempts to start a race war, we can only wish for something more critical and acerbic from the man behind every 20 somethings favourite poster.

This writer isn’t much of a Star Wars fan, despite having watched all of them. Yet something caught our attention in The Last Jedi. Perhaps just the desire to buck the trend of hate and vitriol that was spat at it, perhaps the expectations of yet another rehashing of past glories being proved wrong. Who knew we’d be invested in the spacebuckling love story of Kylo Ren and Rey. Laser swords are pretty cool too. 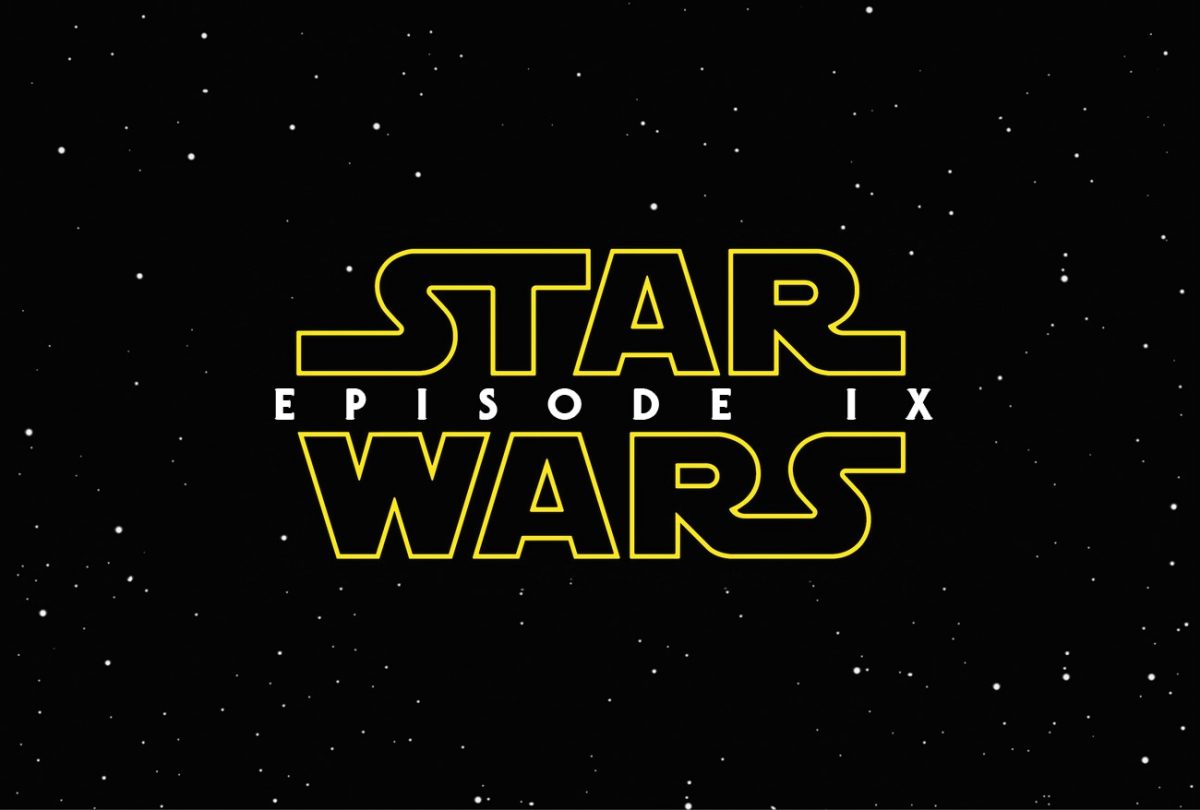 Remaking your own film is always going to garner interest, especially when you’re on a run of great movies like Sebastián Lelio is. A standout voice in the modern, post-dictator, Chilean cinema, so again it’s interesting the film is uprooted from its original Santiago and dropped into L.A. If that’s not enough, Julianne Moore stars so, you know, go see it.

Small scope, indie sci fi inevitably draws our attention. Throw in some wide shots of Americana landscapes, soft natural lighting and a story about women of colour (as the main characters for once). It’s a recipe for eagerly awaiting the release. Fast Colour is instep with the countless science fiction indies that lean close to magical realism rather than the high concept affairs we usually get from the bigger budget projects.

Given a cursory glance Styx draws comparisons with equally solitary, Robert Redford starring, All is Lost. Yet rather than the typical Man vs Nature we get from “boat movies”, Susanne Wolff’s lone sailor who encounters a raft of refugees, Styx is about the pertinent and immediate crisis of mass immigration. How the story shakes out will dictate much of, at least our, opinion of the film. Styx frames itself as a film with something to say, we’ll have to wait and see what that is exactly.

Jia Zhangke (A Touch of Sin) has brought yet another sleeper hit of the festival circuits to bear. As part of the “Sixth Generation” movement of Chinese cinema, his true to life style cuts past most of the usual pageantry we associate with the films that make it over to our cinemas. If a mobster film all too aware of the bulging masculinity on display by its genre brethren piques interest, then make note. Here’s a film that doesn’t rather bluntly gender flip the characters and pat itself on its rather unimaginative back.

As one of the most celebrated filmmakers on the planet, at least amongst the more academic and art house circles, you can’t not hotly anticipate any release from Claire Denis. Add the facts that it’s a genre film, about isolation in space and stars both Robert Pattinson AND André (3000) Benjamin. It wouldn’t be too bold to assume this will be this writers film of the year.

Indigenous cinema hardly comes across our screens, big or small. But when it does it needs highlighting and celebrating. Embrace of the Serpent was one such film, and the creative forces behind it (Cristina Gallego, Ciro Guerra, Maria Camila Arias) return for Birds of Passage. Touted as a mob epic with an indigenous perspective, this Columbian Oscars bid talks a big game. With the zeitgeist around South American stories, and the evergreen love of crime tales, the film is primed for critical success and hopefully a monetary one too.

If you make a female led period piece with a focus on sex politics, we’ve booked our tickets. Mix in some queer love and beautiful lighting, we got the whole row booked. Oddly, Ash Mayfair has matched the brief we just made up, we couldn’t be happier. The trailer alone is striking, with a naturalistic eye and ear on display. The Third Wife looks to be the most promising debut we’ve seen.

There’s little to go on here, except it’s Ari Aster’s follow up to the beyond excellent Hereditary (which came very close to being in last year’s top ten). Oh and has a stellar cast of young talent (Florence Pugh, Jack Reynor, Will Poulter) and the philosophy guy from The Good Place. The light details we have on plot sound suitably Wickerman; holiday to rural Sweden descends into pagan horror. Aster flexed his slow burn horror muscles with Hereditary, and if the weird world he painted in his feature debut is anything to go by, Midsommar is the horror to see 2019.