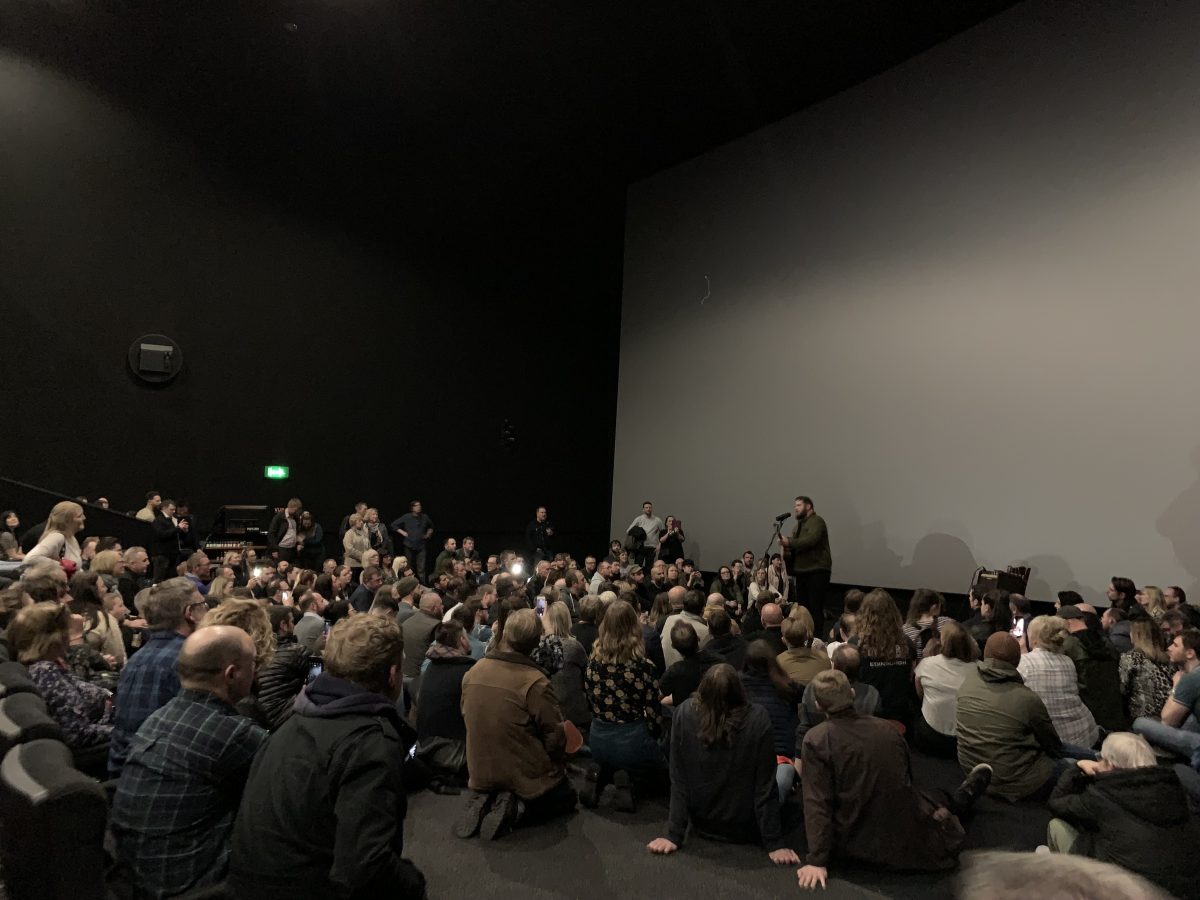 William McCarthy at RISE: The Story Of Augustines, Manchester Printworks

As the silver screen is seemingly churning out more and more music-documentaries, Getintothis’ Howard Doupé ponders the opening of the floodgates.

Ok, so the big-wigs started taking notes with Searching For Sugar Man whilst the official Hollywood rubber stamp arrived at this year’s Oscars.

Rami Malik managed to achieve something thought unimaginable in the climate we live in- well, nothing has come close since Jamie Foxx in 2004- besides Reese Witherspoon the following year.

Certainly, in the eyes of those who have gone before, he’s got to where only Val Kilmer, Jim Carrey, Leo Gregory, Aaron Johnson or Sam Riley only dared to dream. A biopic of musical proportions reaching the pinnacle of industry accolade, a nod from those who apparently know best.

But this is the climate we find ourselves in early 2019 and maybe it’s a sign of things to come. Long in the making and believably nothing at all to do with current trends arrives a little know film RISE: The Story of Augustines. Not strictly adhering to the biopic format of said mentioned efforts, this film instead aims to uniquely capture the true-life story of singer William McCarthy, who just so happens to be a singer in a band.

Directed by long-time friend (and former member of The Boxer Rebellion) Todd Howe, this is more ‘fly on the wall’ storytelling. Think Lord Don’t Slow Me Down rather than I’m Not There (albeit the life of a band not a particular tour). More Oil City Confidential than When You’re Strange (not a celeb-narration in sight).

RISE: The Story Of Augustines is a music-biopic-docu that really offers a very personal, heartfelt and at times deeply moving tale about music, love, loss and perseverance. It’s a story of struggle, brotherhood and hope. In McCarthy’s own words ‘This is what it means to be alive – to connect with people. To face your fears, to be afraid, and to do it anyway’. Seriously, not to spoil any surprises it’s gut-punching life-affirming stuff.

What made this screening in Manchester exceptional on a rather average Monday was that after being completely drawn into the bands world- the magic of IMAX and 4K sound no doubt – the crowd got the pleasure of a Q&A with both Howe and McCarthy. After every audience members query and fanboy-probing had been satisfied the session was followed up with a request to leave the comfort of their seats to come down to the front and enjoy an intimate acoustic performance.

These special previews only took in eight whistle-stops around the UK, but general release is around the corner. If you’re interest is pricked already then we urge you to seek out, whichever small independent venue that’s screening.

It doesn’t matter if you’re not a fan, nevermind ever even heard of Augustines, that’d just be an added bonus. Here is a film that all lovers of music can get behind and find a human connection with. And yes, it’s already well on the way to scooping a few awards.

So, what does the future hold for the music-film love-in? Hugh Jackman cemented the financial viability of it all, whilst The Dirt Netflix‘s biopic on Mötley Crüe due this year proves nothing’s out of bounds. We’ve already been teased with Taron Egerton’s depiction of Elton John in Rocketman about to drop. Hell, there’s even room for the musically ‘inspired’ films to grant a budget form production- anyone caught the trailer for Yesterday at recent trips to the big screen?

Let’s face it, if you take a look down the list of worldwide best-sellers there’s plenty more fodder to pick from. What’s next? Break The Levee: The Ultimate Tale Of Rock N Roll Debauchery? Take A Bow, Rihanna or maybe even Oh Bondage: The Story of Poly Styrene.

No matter what, it feels like the music-docu is only just beginning its golden age. As a music fan, you’re best finding a subject you like and delving right in. As Eminem once said ‘You better lose yourself’, the next blockbuster will be streaming before you know it.