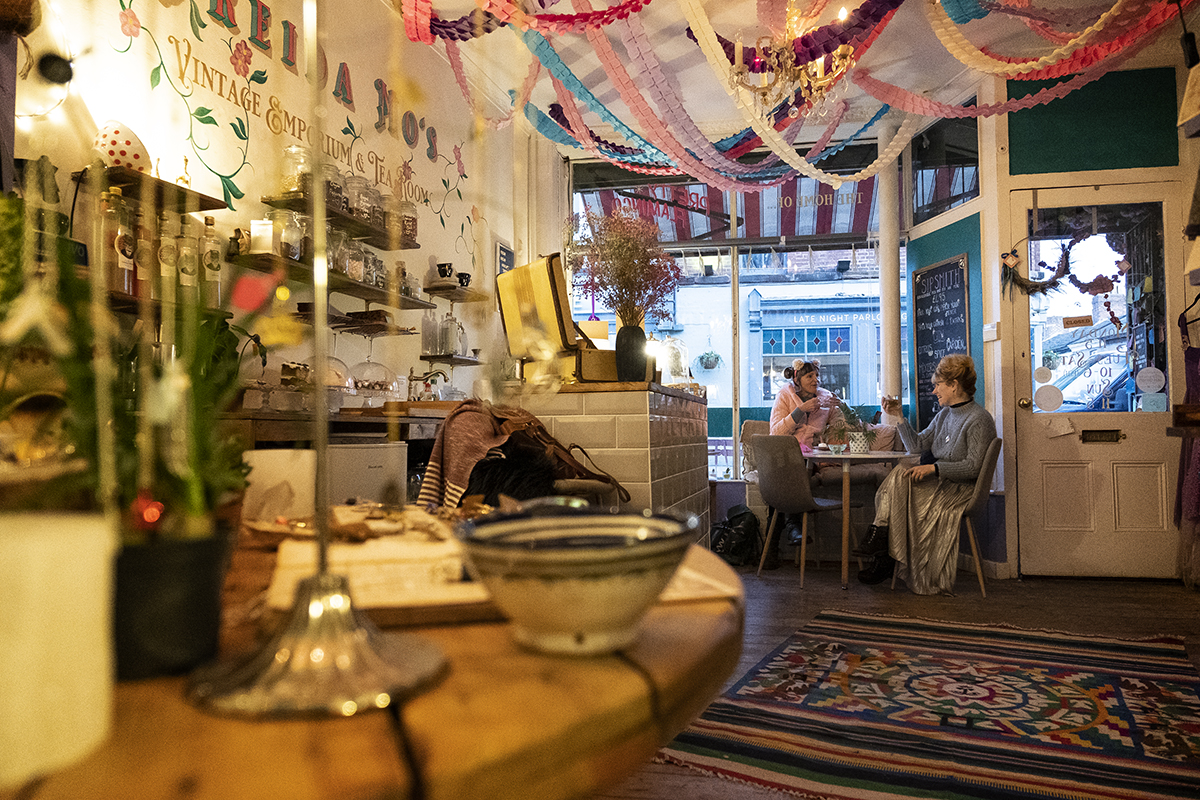 As Freida Mo’s announces a makeover, Getintothis’ Warren Millar takes a walk down Lark Lane to have a chat with owner Sally Ayres and have a look at the extended gaff, these are his thoughts.

Although Frieda Mo’s has been open at 33 Lark Lane since St Patricks Day 2018, it’s only recently that the addition of a small space for live music has been added.

Sally Ayres, the owner, tells us that it all started with a small two table café at the front of the place with a vintage clothing and jewellery space at the back.

Cakes were and still are, baked fresh every day and everything in the shop is from local independent businesses, right down to the coffee.

It’s a real community-based area which extends to even the gates outside where food is hung for the local community to take and now during the winter, coats and clothing are also placed there by the locals for others to take as well as reusable water bottles during the summer.

These gates now help the homeless of the Aigburth area, Sally tells us “People anonymously drop things off at the gates to give to their community and its started to bring all us Lark Lane’ites together”.

Sally tells us about the community-driven first steps around Feida Mo’s means it can now be added to Liverpool’s small but great music venues.

“It appeared people were actively coming instore to find out what the next exciting thing was going to be, at that point in November 2018 I had no clue but one day I had a conversation with Elliot from Dig Vinyl and he mentioned he’d run some gigs in intimate spaces and suggested I think about it for my yard.

Before being in retail I was in the entertainment industry, did some music management around Liverpool for a while and run my own dance school for 6 years starting at the age of 17, so I was a little unsure as to what it takes to ‘put on a show’ and I have missed the creative side of programming and event planning so I thought, sod it, let’s make a stage, a small intimate, beautifully constructed small platform for anyone to use.

Let’s encourage the amazing creative community that we find ourselves with it to use their imaginations and give people a platform to showcase the talents they have with basically no holes barred! Anything from a solo poetry reading to someone releasing their first EP and wanting to do a small, secret performance is welcome.

Being friends with Laura Brownhill (The Kazimier) I knew she was the women for the design job so I got her in and gave her no brief, knowing I visit Morocco often for stock buying this was her inspiration and she ran away with it. Me, my 2 shop girls Gemma Scattergood and Ophelia Peters, Laura and our master craftsman Keith Matthews worked solidly for 2 weeks building and decorating the yard and doubling the size of the shop space to create what feels like stepping into another dimension.

Now the shop space breaths and flows and with the bi-folding doors leading out into the yard it feels as if your stepping into something magical. The vibe couldn’t be better. Someone described the venue as something of a speakeasy, stepping back in time, going from the street through a brightly coloured vintage shop towards the space at the back full of vibey people and happy times with no interference from the outside world.

I am currently an unlicensed premises, though I may well keep it this way so every event feels like a private party, so everything is BYOB with no corkage to pay. The only deal is “love the space, leave no trace!” Ciggies in the ashtray or fire and bottles in the bins on your way out.

This is not a money-making exercise, this is a creative movement, in my own small way, something to excite myself and music/arts lovers. A new, safe, independent venue that’s not going anywhere because I own it, so no nasty landlords telling us where to go!  This is an open invitation – I have built it so now come, be involved and don’t be shy! “

We spent the afternoon and early evening digging around the space and taking in the sights and sounds in the yeard, it is a beautiful space and one that could well revolutionise Lark Lane.

There is a real opportunity to bring in something a little bit different, perhaps some vintage sounds through some vintage amps might just be the ticket tucked in behind the Vintage rails.

We look forward to following the adventure and dropping into some shows at Freida Mo’s. 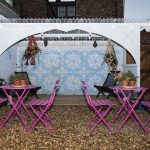 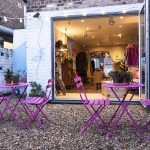 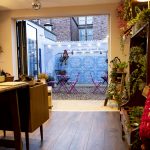 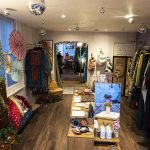 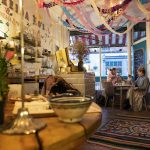 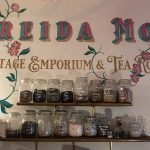 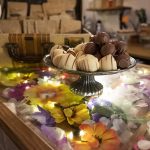 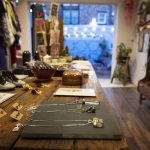 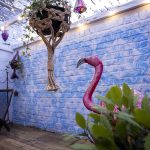 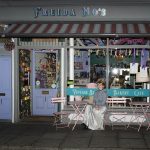