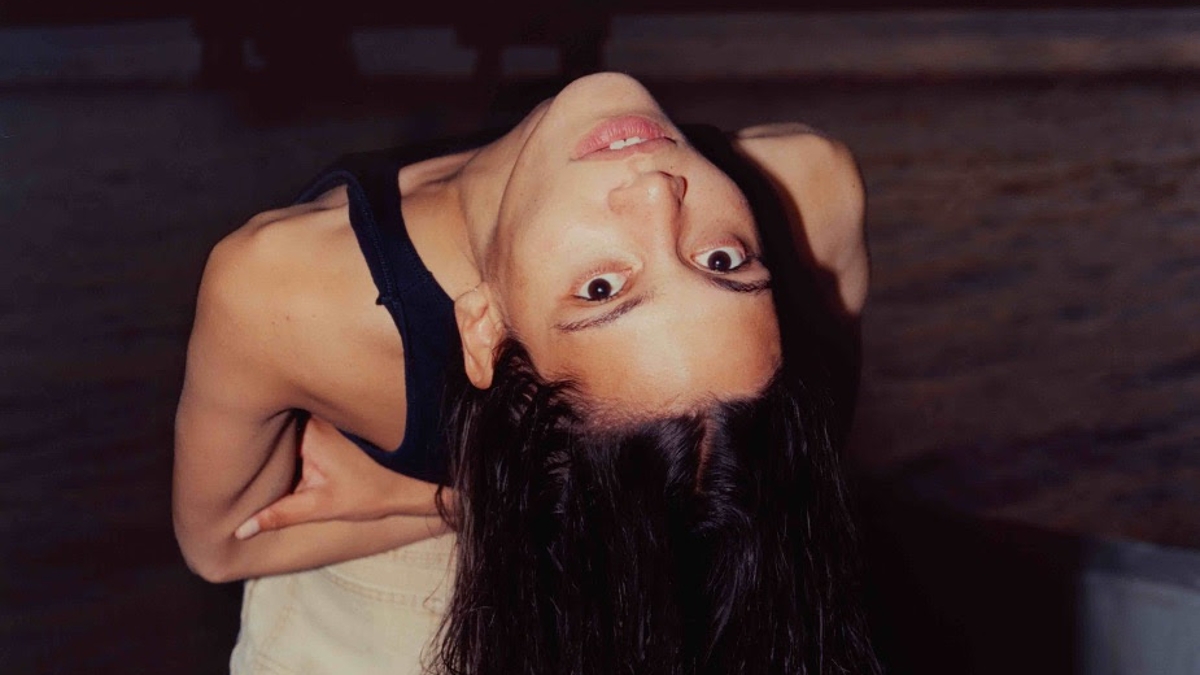 This week’s Unknown Pleasure is brought to you by the team effort of Getintothis’ Roy Bayfield and Chris Flack, bringing you a trio of fresh new sounds from across the world.

This week’s Unknown Pleasures is a team effort.

Two contributors and three very different takes on the new music you need to hear; we travel from Taiwan to Norway and New York via, well Leeds.

Buckle up and join us for a run around some dream pop, some experimental scuba diving themed deadpan deep cuts and some good old fashioned six-piece indie-pop.

Okay Kaya is a project from Norwegian-born, New York-based Kaya Wilkins. Their new release, Ascend and Try Again, is a new single and video and the first snippet of her new album out next year on Jagjaguwar.

The track has an unusual back story, Kaya was offered a part in a Swedish film that required her to become a professional-grade scuba diver, no easy task.

A dodgy inner-ear (we know how she feels) that is prone to infection put paid to that idea but the research she had done for the role proved useful.

She discovered that scuba theory comes from a similar place to self-care and mental health mantras. A sonic representation of watching bubbles roll past your scuba mask and into the dark waters, she came up with her own mantra based on technical advice; breath regularly, never hold your breath and find a neutral buoyancy, and it is this that underscores her music.

It also helps with heart palpitations and the panic attack related chest pains.

The video (below) was created by Kaya and Adinah Dancyger and features Kaya in a Japanese hot spring, the terror and beauty of submersion highlight the beauty and vulnerability of the track.

Kaya delivers svelte, jazz-inflected songs backed up by an almost effortless, breathy vocal; uncomplicated yet weaving guitar and very little else. Her cutting and often deadpan lyrics are sung in a way confused the listener, it takes a moment or two to pick up the message.

Kaya covers a lot of ground, both political and societal, singing of issues as diverse as the state of American women’s healthcare, mental health, and self-empowerment. 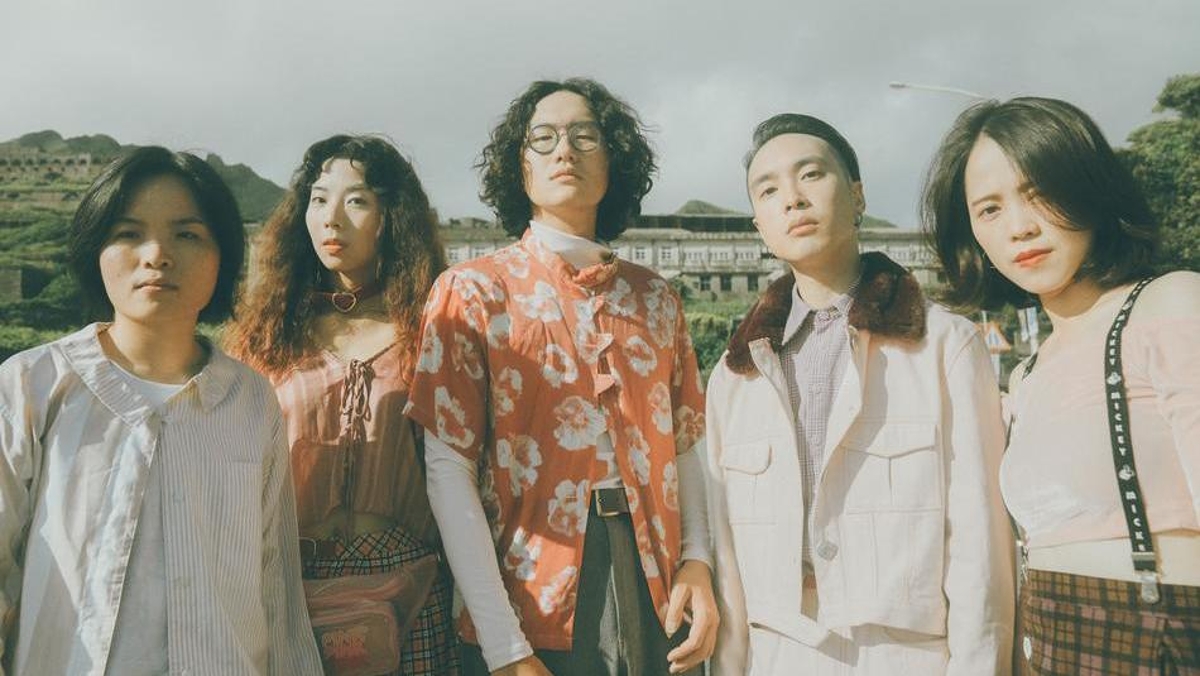 Meanwhile in Taiwan, “cry-crycore / post-murmur rock / broken-hearted” five-piece I Mean Us are creating epic emotive swells in their self-defined niche of “schmaltzy songs at the end of the century.”

This is dream-pop that works like actual dreams, veering seamlessly between states and images, following an unknown logic. Their album OST is like a hallucinated city full of weird spaces with something new around every corner.

I Don’t Know is a titanic builder; Johnny the Hero a synth-rock banger; Dance! brings bright sweetshop indie to the party. 12345 I Hate You is limpid and introspective (and should win an international prize for title-crafting).

Just when you think you have a fix on them their music unfolds gorgeously into something else.

With most artists a stated location of “deeply inside your heart” would be a playful metaphor, with I Mean Us it’s a pretty accurate description. Widely seen performing in Asia including the recent Sound City Korea festival, we can only hope that writing their name in biro on our arms enough times will lure them to the UK. 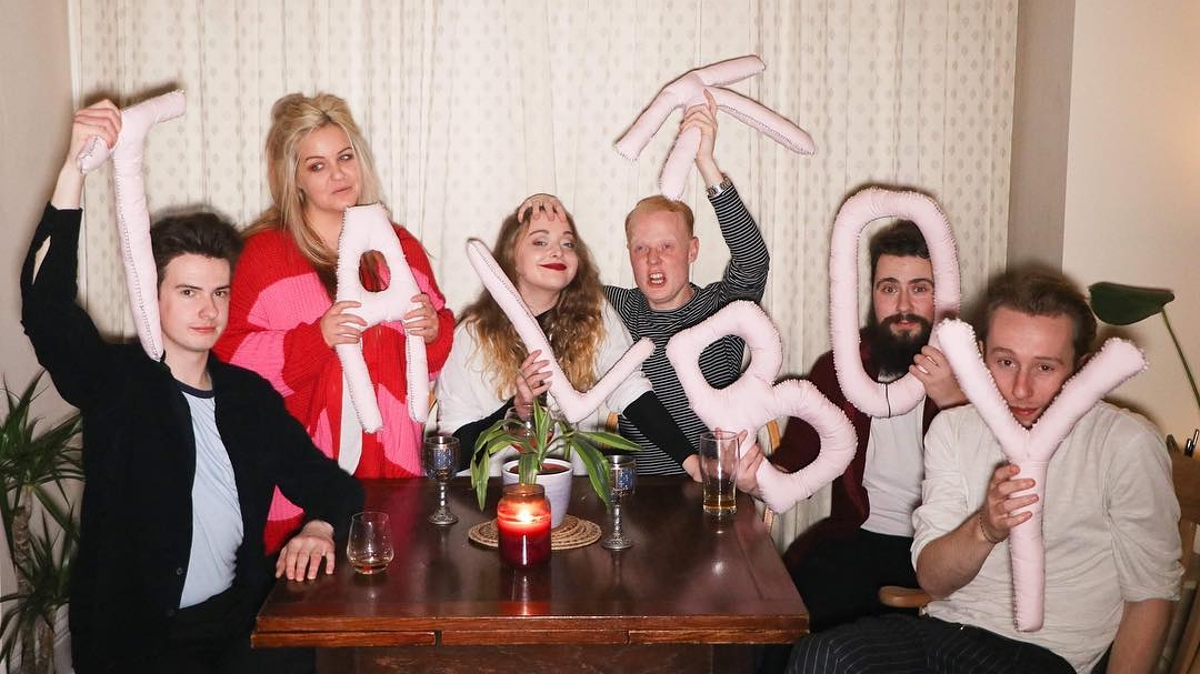 Talkboy are a brand new six-piece rock outfit from Leeds who are creating a buzz all of their own, having been added to the line up for Sound City next year, though if this interests you, you’ll be able to catch them much sooner, in November as it happens, when they support The Howl & The Hum in Jimmys on the 11th of November

They are a group of six friends who sing songs about the world around them, the people they meet and each other. Personal stories in a six-piece can’t be easy, for all concerned, we hope it all works out.

They play an urgent, snappy rock that is more than a little infectious, and lets face it, there are very few female-fronted six pieces doing the rounds these days.

Their live shows have garnered an awful lot of love across the internet, Gigwise love them, and with six of them on stage their live sound is tellingly deep, warm and full of life. The switch things around, swoon and surprise.

Gigslutz reckons they are a force to be reckoned with, and The 405 regard them as one of Yorkshire’s most exciting musical prospects. Closer to home and Louder Than War tells us they are well worth the hype and that hype has led to some seriously interesting feedback from BBC Introducing.

Their new single, All Works Out, (see what we did there?) was released in August, it’s defiantly catchy; an earlier track, Over & Under is a scratchy, scuzzy, snappy masterpiece that is properly moreish.

We’re surprised we’re only getting to them now, to be honest. Drop into Jimmys to catch them or hold off until Sound City, either way, get your ears around this so you can tell your friends you heard them first.