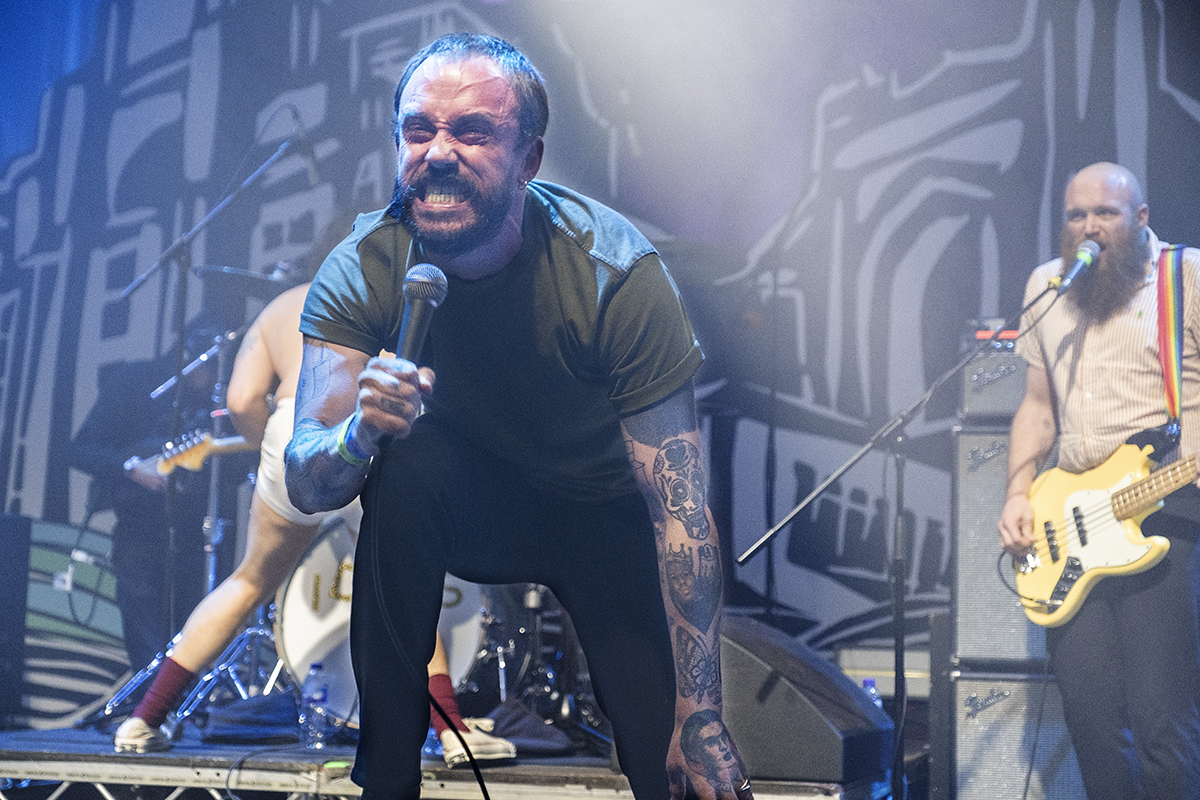 WIth The Comet Is Coming, New Power Generation and Boris Getintothis’ Steven Doherty finds there’s more to Manchester this December than just the Christmas markets.

Christmas. A time for tales.

So here’s one, gather round children, this one is about the magic of live music.

A boy and girl in their early 20’s are attending a music festival in the Midlands.

Their favourite band, the group that has been the soundtrack to the start of their relationship are splitting up and this is their last ever gig.

But even worse than that, the girl is not very well.

Not well enough to venture out of her tent at all, until said act are due onstage, and that takes a Herculean effort in itself.

She lies prostrate on the floor for most of their set, and the encore is spent largely vomiting, surely a metaphor for the end of the band.

She has, by now, been diagnosed with a chronic illness which will raise it’s ugly head from time to time.

However, the happy couple are in Las Vegas, having just got married, when word reaches them.

Out of the blue, their band have reformed and are playing a run of gigs in London that week.

They know what they must do.

Alas, this is one of those times where the illness has taken over, and a flight back to Liverpool and a train to London has taken it’s toll.

It’s six o’clock on the evening of the final gig, and the couple are in their hotel lobby.

By now she can barely move, and there is talk of abandoning the plans and heading home, however she bravely battles on, and somehow makes it to the venue.

9.00 arrives and the opening notes strike up.

And then it happens. The restorative power of music.

She heads to the front of the stage where she will remain for the next two hours, singing and dancing her heart out, against all of the odds.

It was, quite frankly, a Christmas miracle. If it was made into a feel-good Christmas movie, it would surely be called “It’s A Wonder (Stuff) ful Life” (for they were the band in question).

And in another heart-warming twist, that same couple are off to see that same band this very evening.

Hopefully there’s something below that will make you feel as alive as she did that night.

Merry Christmas to you all. 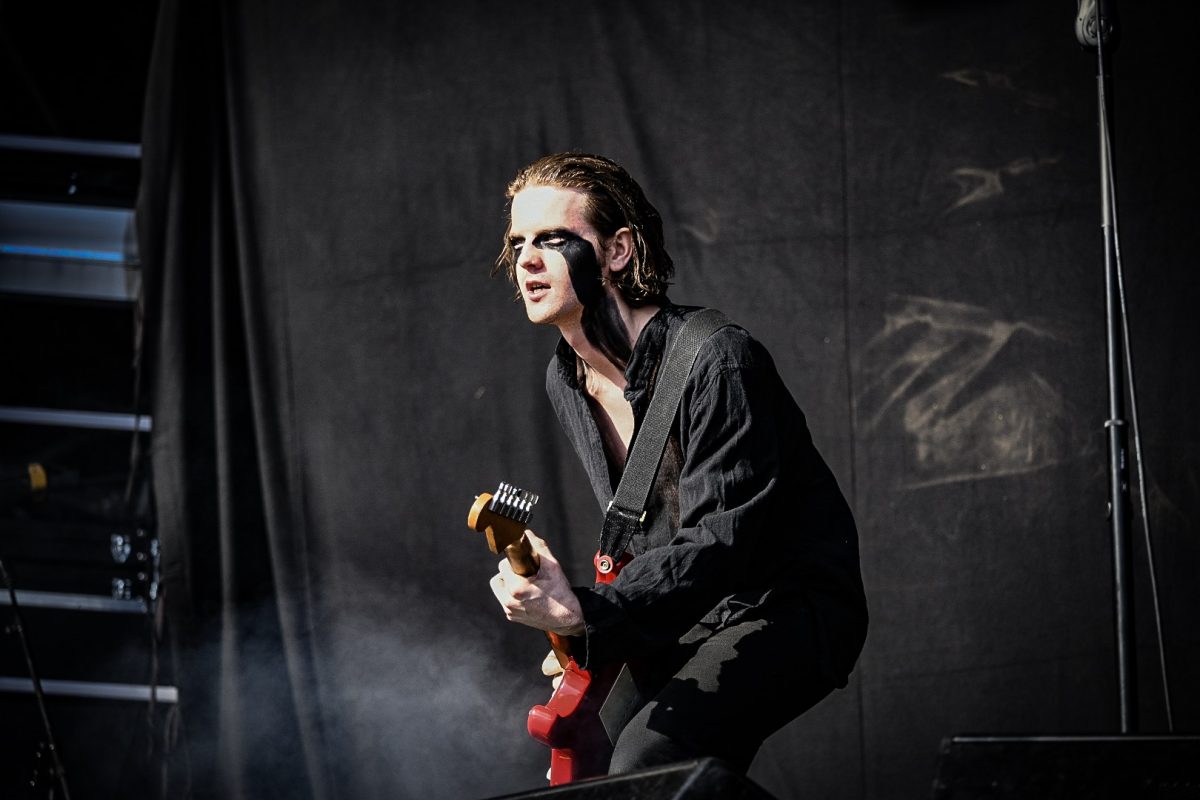 The election may be spoiling the festive fun for many, but at least we are going to get a cracking gig out of it if nothing else.

Good to see politically charged young bands such as The Blinders, Cabbage, Scuttlers, The Rhythm Method and Space Monkeys amongst others giving up their time in order to raise funds for the North West Labour Party.

The all-dayer will also see speakers such as Jon McClure (Reverend And The Makers) and the Manchester Mayor Andy Burnham.

Show your support for the greater good and listen to some decent tunes, what better way to spend a Sunday. 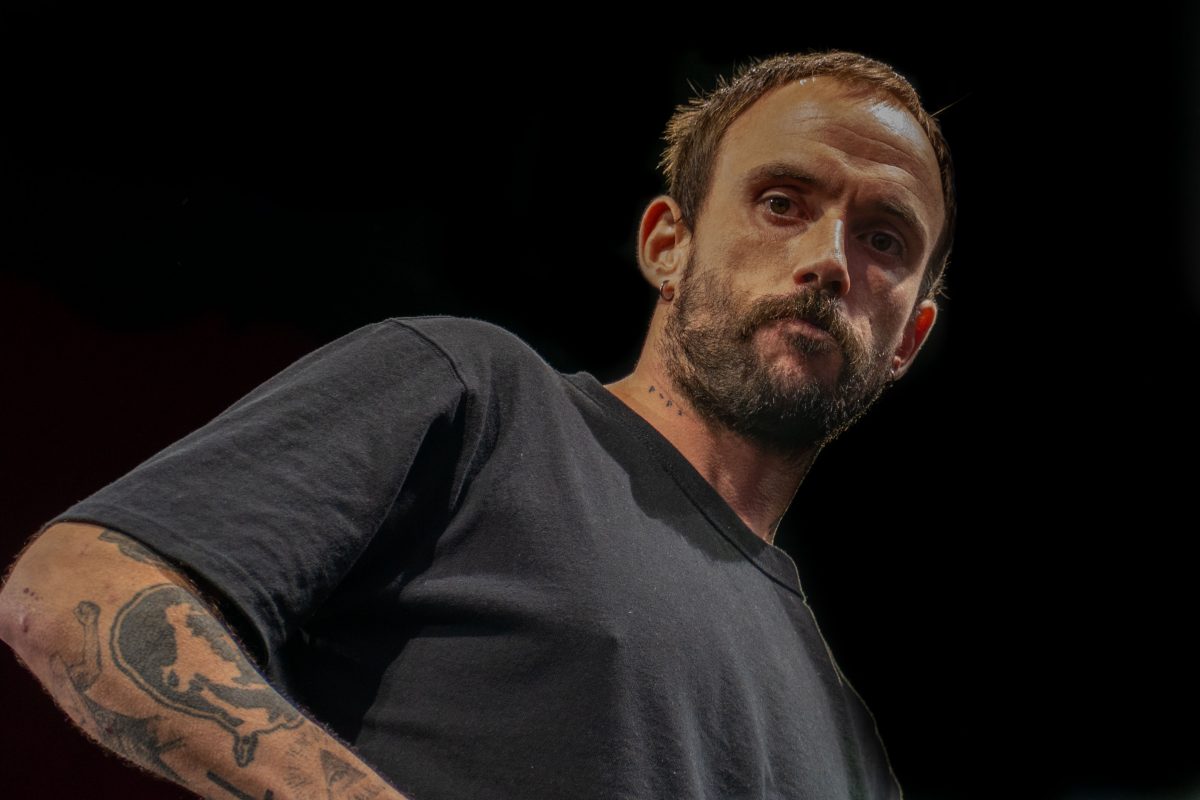 The big one. The victory lap.

Sold out in a matter of minutes, this date is one of the last handful in a year of constant touring for Bristol’s finest noise-smiths IDLES, as they wrap up the campaign in support of 2018’s Joy As An Act Of Resistance.

In a year that has seen them just go from strength to strength, whilst destroying a raft of summer festivals, it all bodes well for what 2020 will hold for them (a third record, hopefully)

Supported by the always noisy METZ, this is going to be one for the ages, and a fantastic way of avoiding the Merseyside Derby. 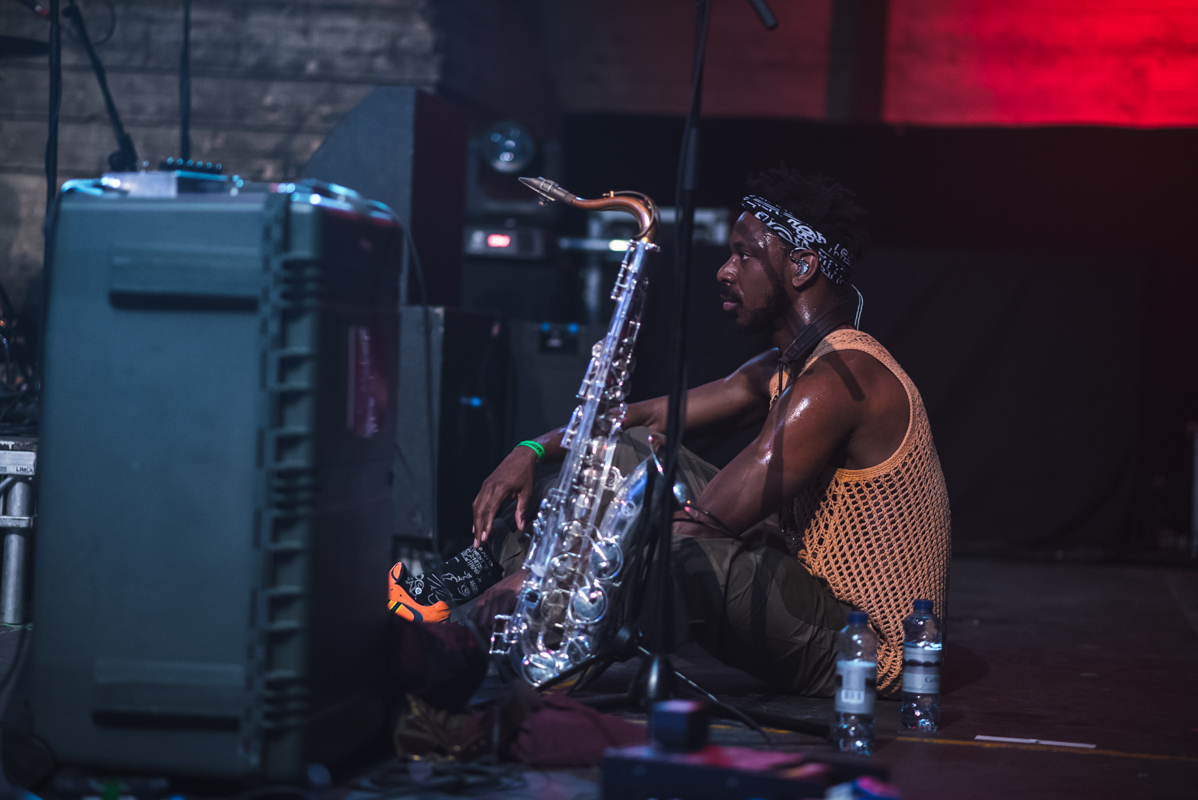 The Comet is Coming

The Comet Is Coming: Gorilla, December 4

What more can we really say about The Comet Is Coming?

Vanguards of the new jazz movement, with three ace albums under their belts, winning new fans over at festivals and live gigs across the land, they show no signs of letting up.

You’re guaranteed to have your Xmas socks totally blown off by this bunch. 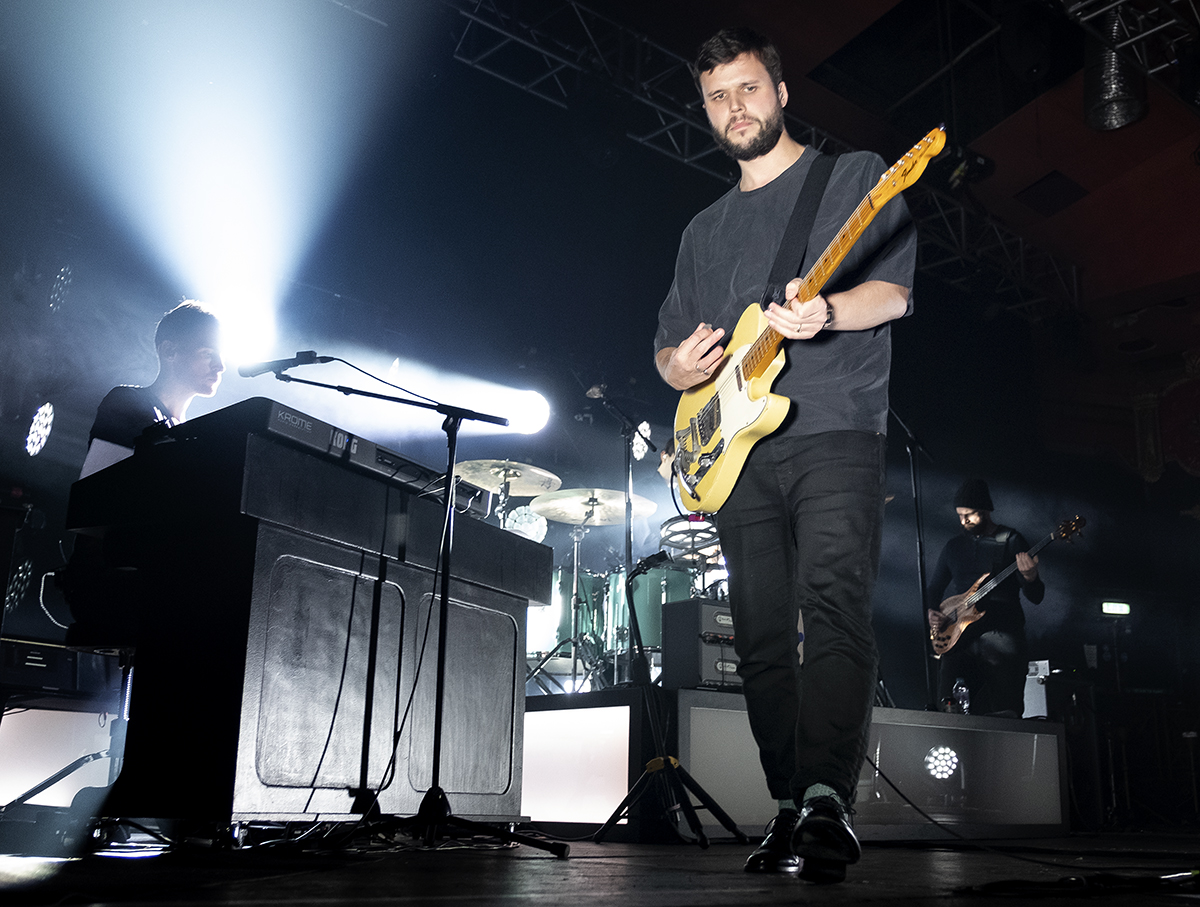 It’s fair to say we were a little bit disappointed last time out with White Lies when they played the Olympia earlier this year, but that was largely down to the material on offer that night.

However, this should be massively different.

Tonight is one of those anniversary gigs, and we are celebrating the 10th birthday of their debut To Lose My Life, their finest record to date, containing as it does the singles Death, Farewell To The Fairground and the title track itself.

Enjoy the throwback to the good old days. 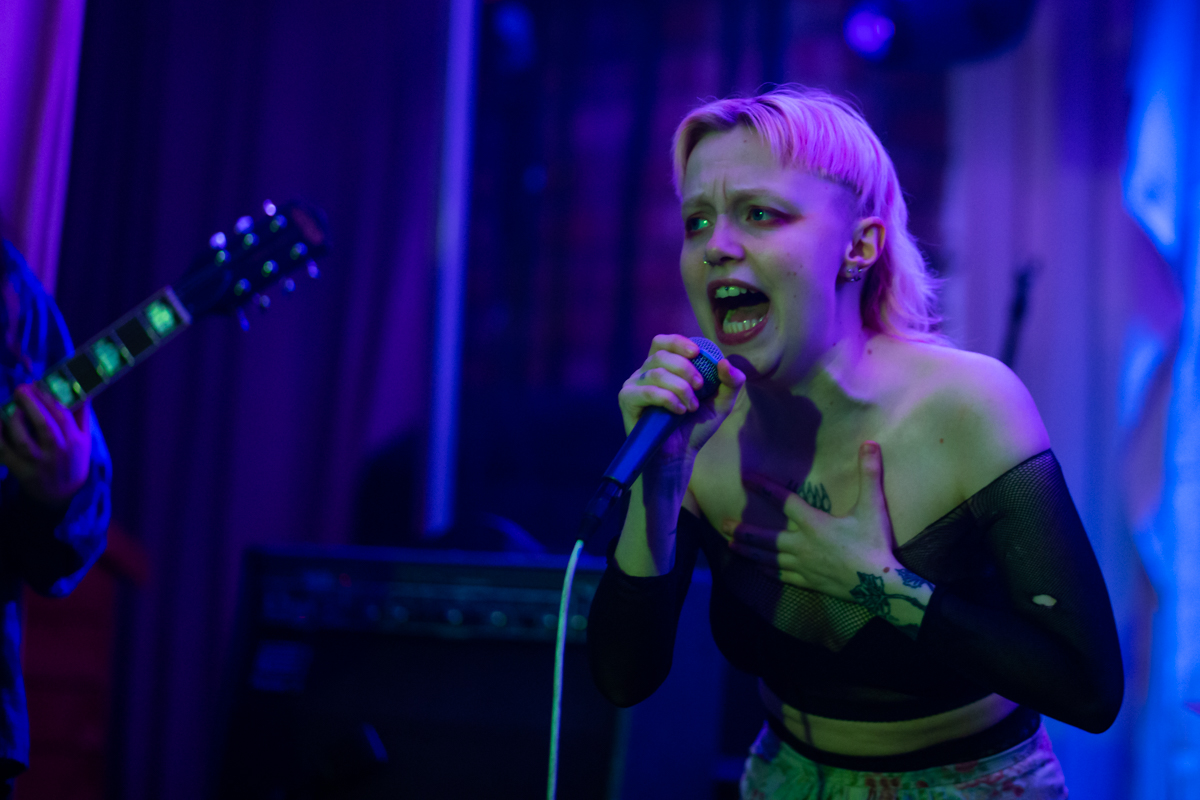 When Witch Fever played our Deep Cuts earlier this year, they stole the show with their no-holds barred energy and passion.

Now back in Manchester for a hometown gig, this promises to be something very hectic and special. Miss it or miss out.

This lot are threatening to be omnipresent in 2020.

They’ve already got an upcoming, sold-out tour coming up, as well as announcing some high-profile support slots with the likes of Paul Weller, Blossoms and The DMA’s.

Their jangly pop will be lapped up, and there’s no way their going to be at places as small as N&D again in a hurry, so if you managed to procure a ticket, well done. 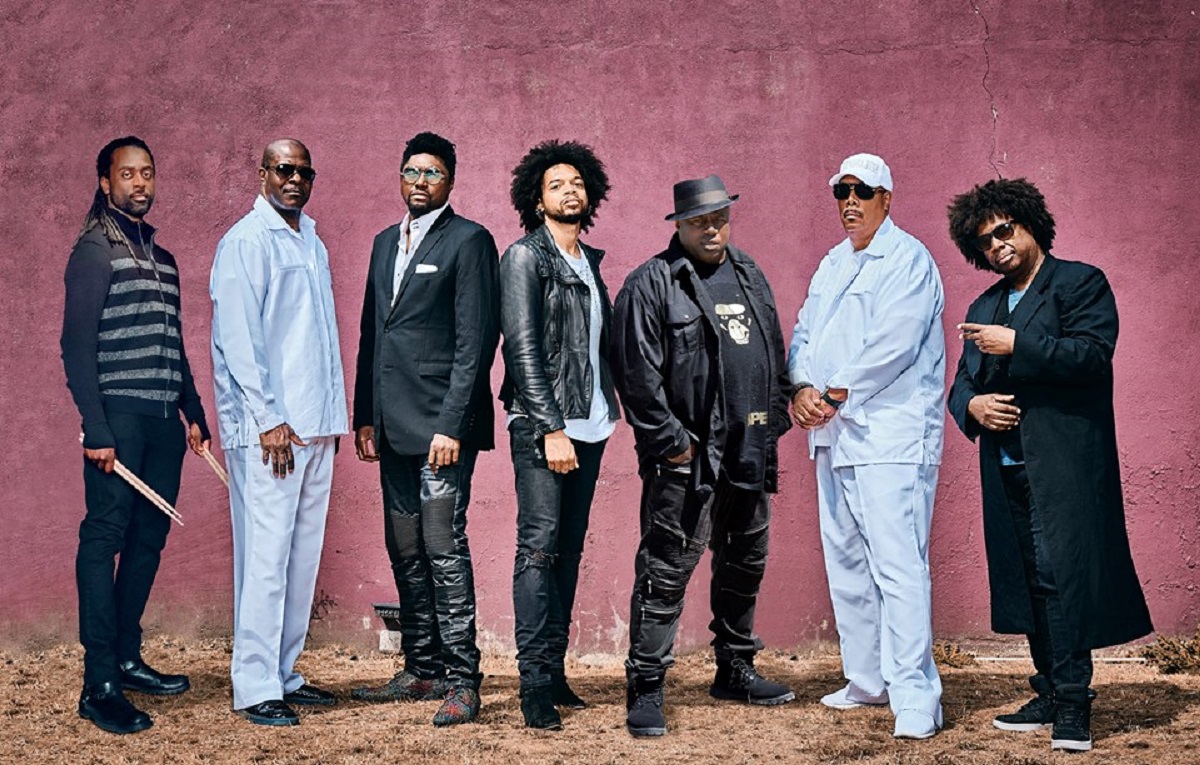 Getting back together originally as a one off to honour the great man, they are now back as a living organism, playing mostly, obviously, Prince material, with an odd one of their own thrown in.

Although it can never be the same, this will be the closest thing we will ever get the original source of the songs. 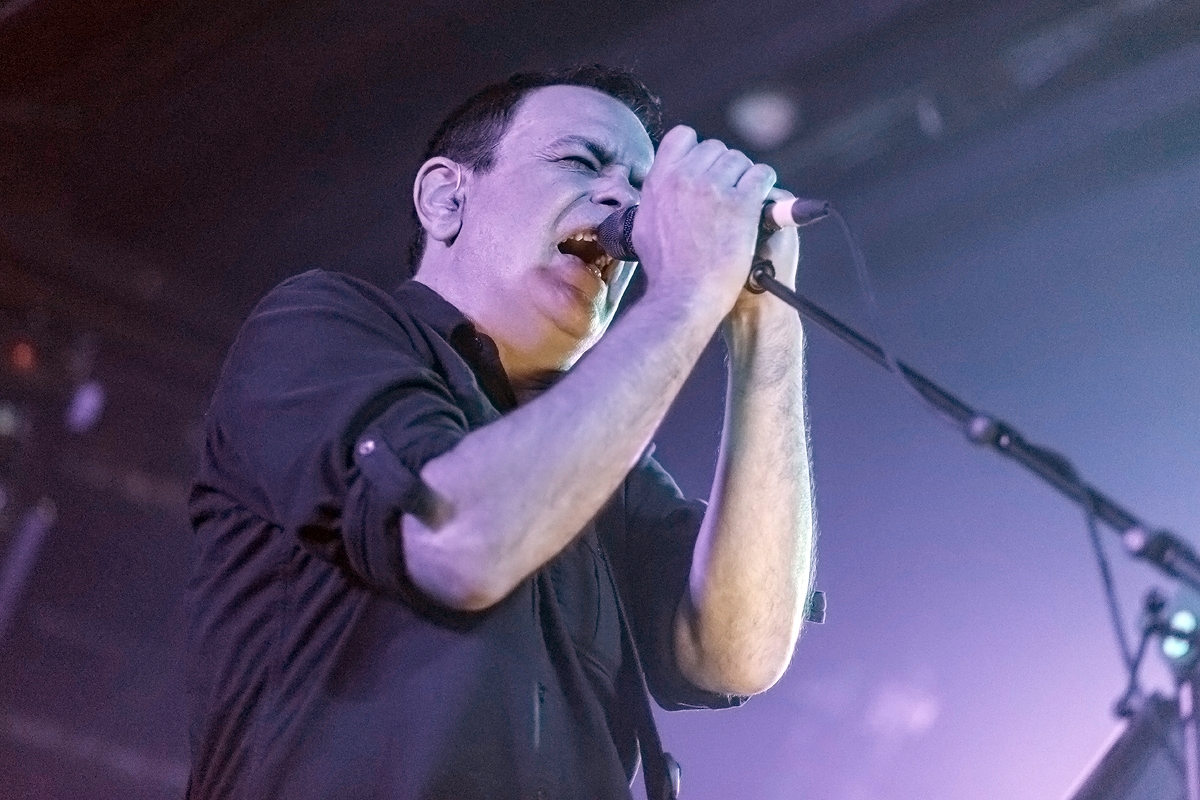 Speaking of anniversary gigs, here come the semi-legendary masters of them.

Like Christmas, they seem to come round once a year with the present of a played-in-full album, this time round it’s the 30th year of Bizarro, so we’ll get to hear both Kennedy and Brassneck, something that doesn’t happen all that often.

Bizarro is a very underrated album, slightly written off when it was released as a bit undercooked for their first major label release, but stands up well over time since then.

They are always kind enough to through in some pearlers in between, so this will be an evening of a high-quality indie racket. 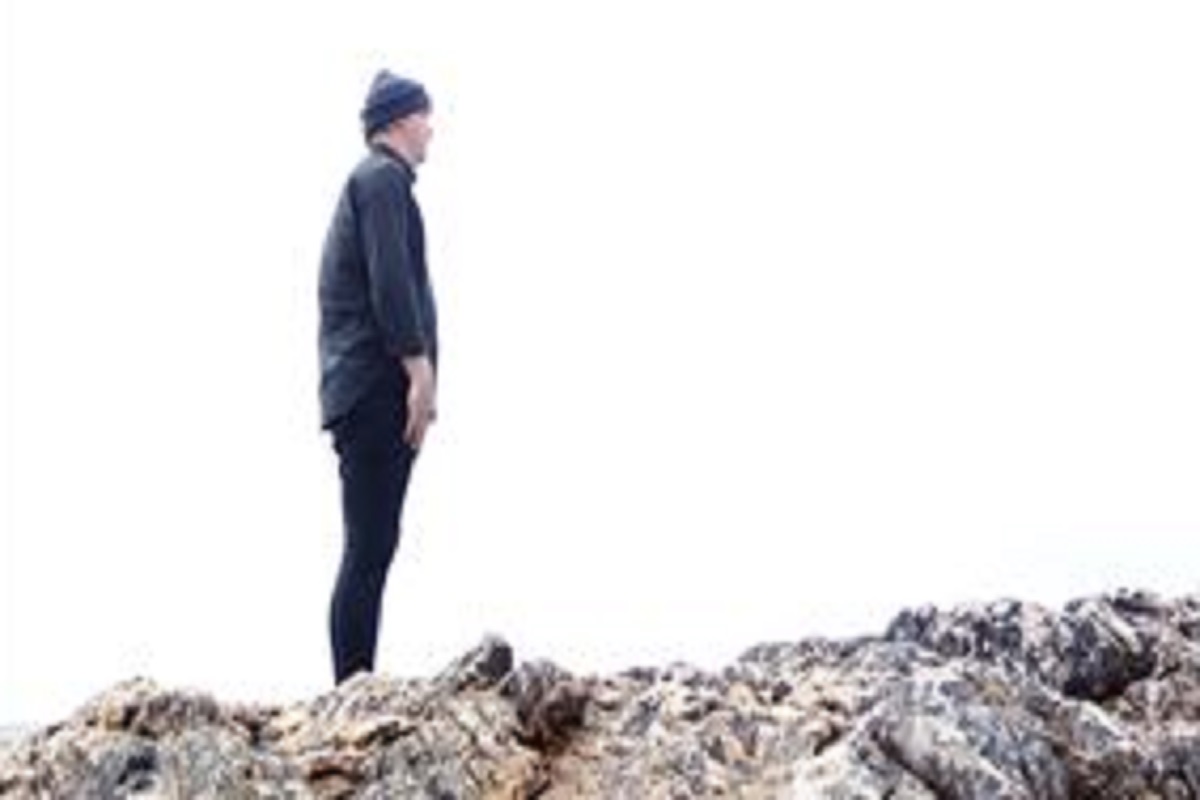 If minimal techno masterfully worked within a pop context by a Swedish genius is your thing- and if not, why not- then get yourself down to Yes on December 13 to see The Field. 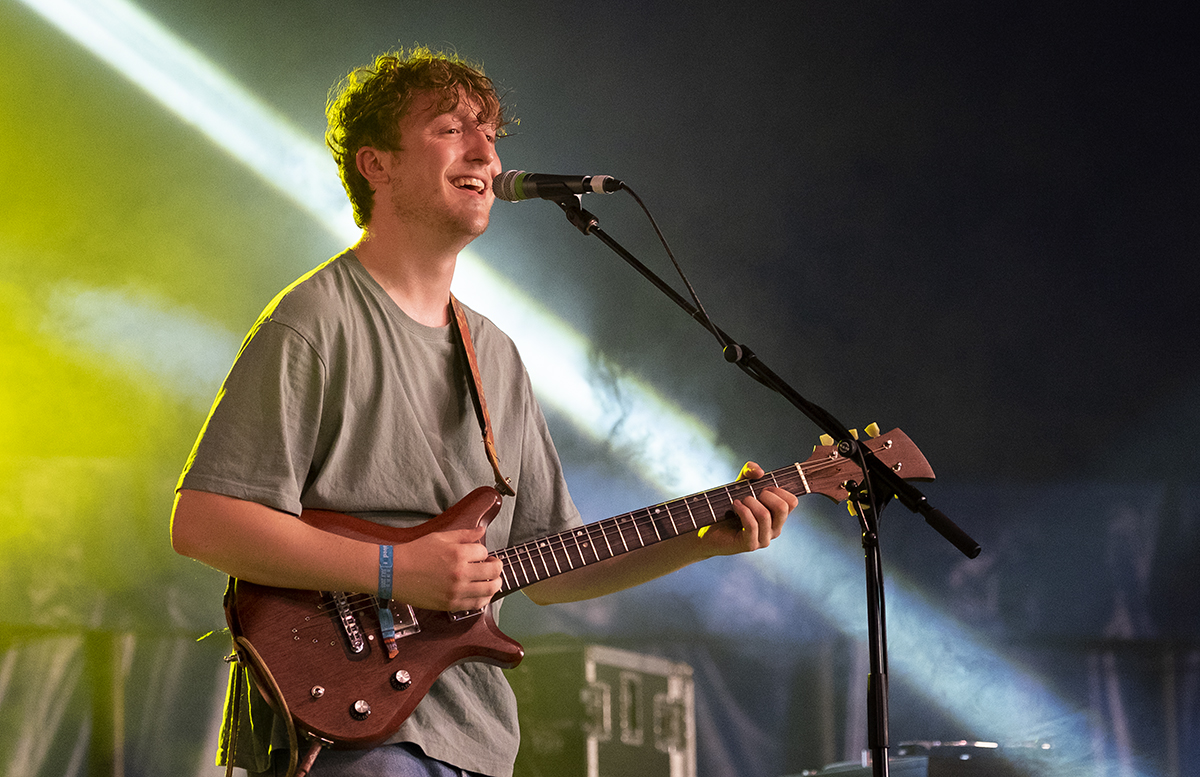 Or to give it it’s full title, Boy Azooga’s Christmas Party.

What’s fast becoming a Xmas tradition, the Cardiff chaps are headlining an evening of fun in the Pink room.

A bit quiet since 2018’s debut album 1,2, Kung Fu!, they have recently resurfaced with latest tune O Silly Me, ahead of this extravanganza.

They will be shortly announcing the supporting bands and DJ’s shortly, so keep those eyes peeled for more info soon. 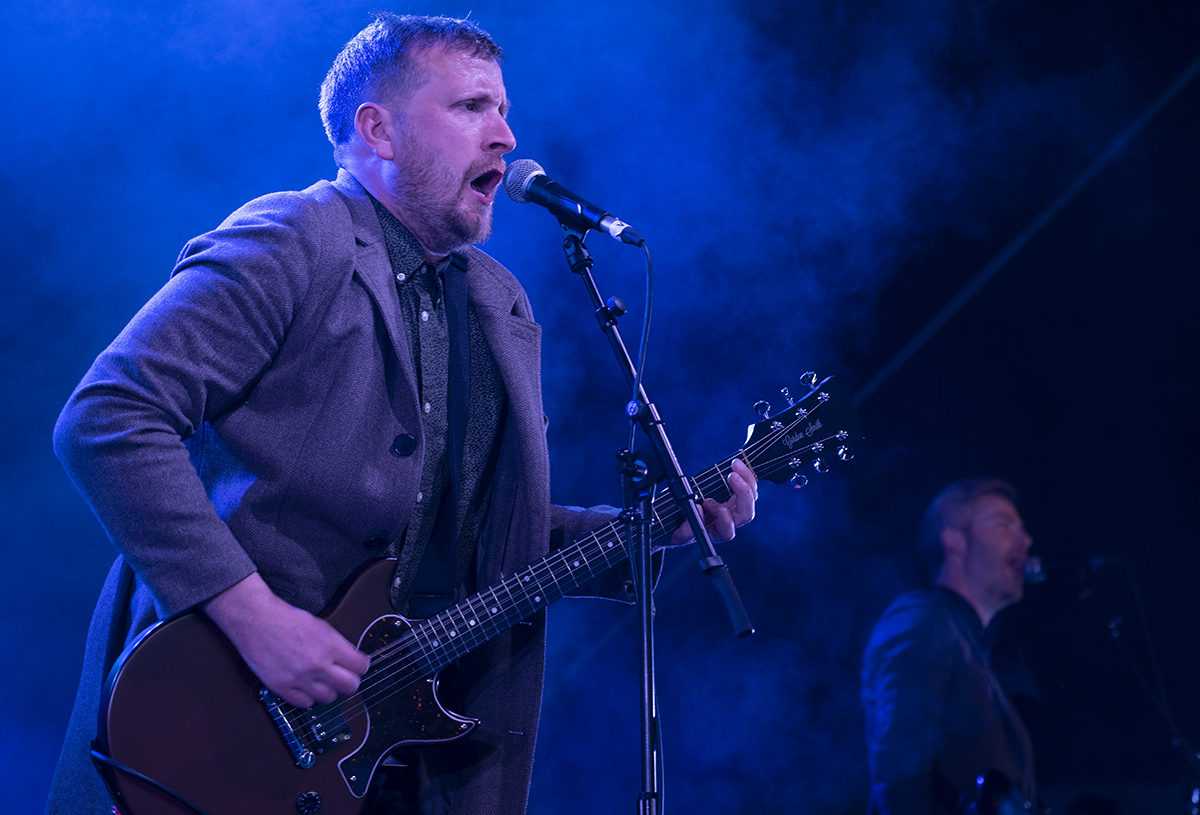 The best of the early 2000’s fuzzy guitar bunch, Sunderland’s Futureheads are up and running again after a far too long hiatus, which has seen them recently release new album Powers.

But tonight is largely about the past, as they too are following the trends of the season by playing their self-titled debut album from 15 years ago in full alongside some new songs.

Expect to hear all the early classics, Decent Days And Nights, Hounds Of Love, Meantime, A to B, First Day, need I go on? 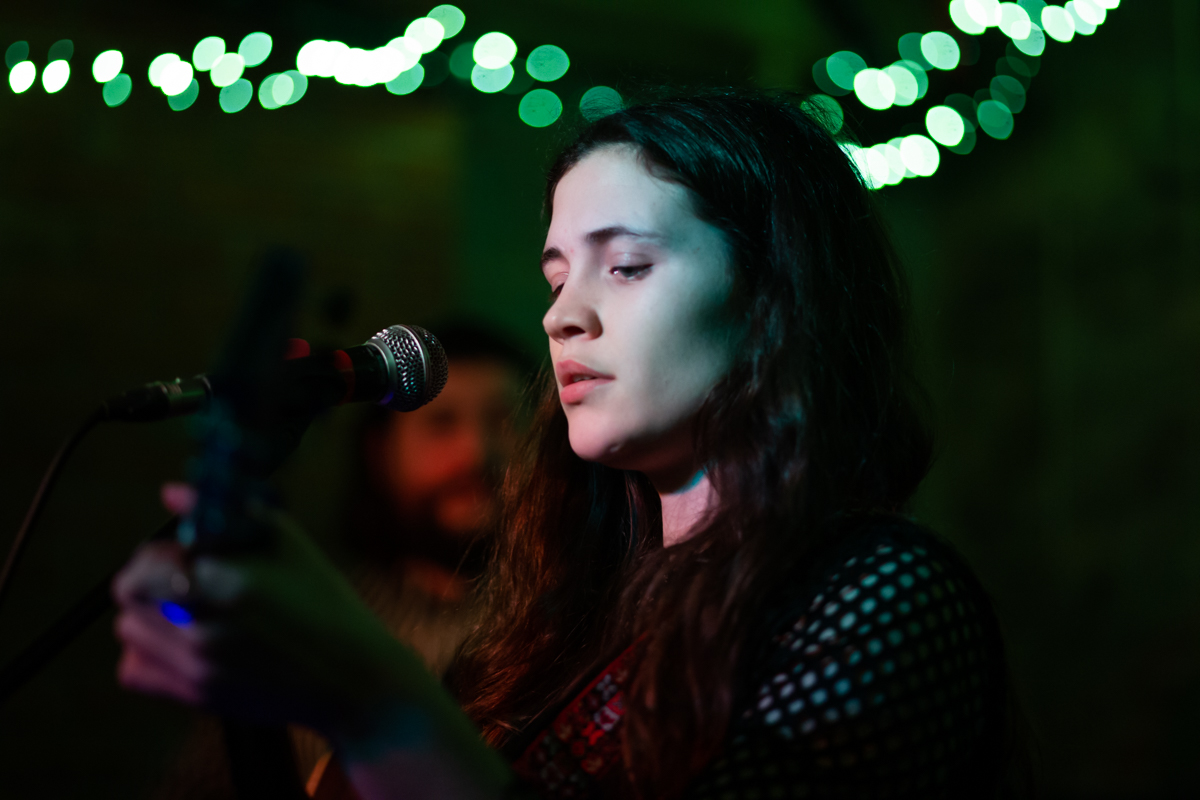 Heading down the M62 on December 16 is Huyton’s very own Katie Mac.

We’ve rightly raved about her and as we said when we saw her at the start of the year, she’s more than just a singer-songwriter.

She’s got songs galore and a voice of unparrallled power and depth.

Get yourself down to The Castle Hotel. In years to come you can say that you were one of the lucky few who saw Katie Mac before she broke really big. Which she will. 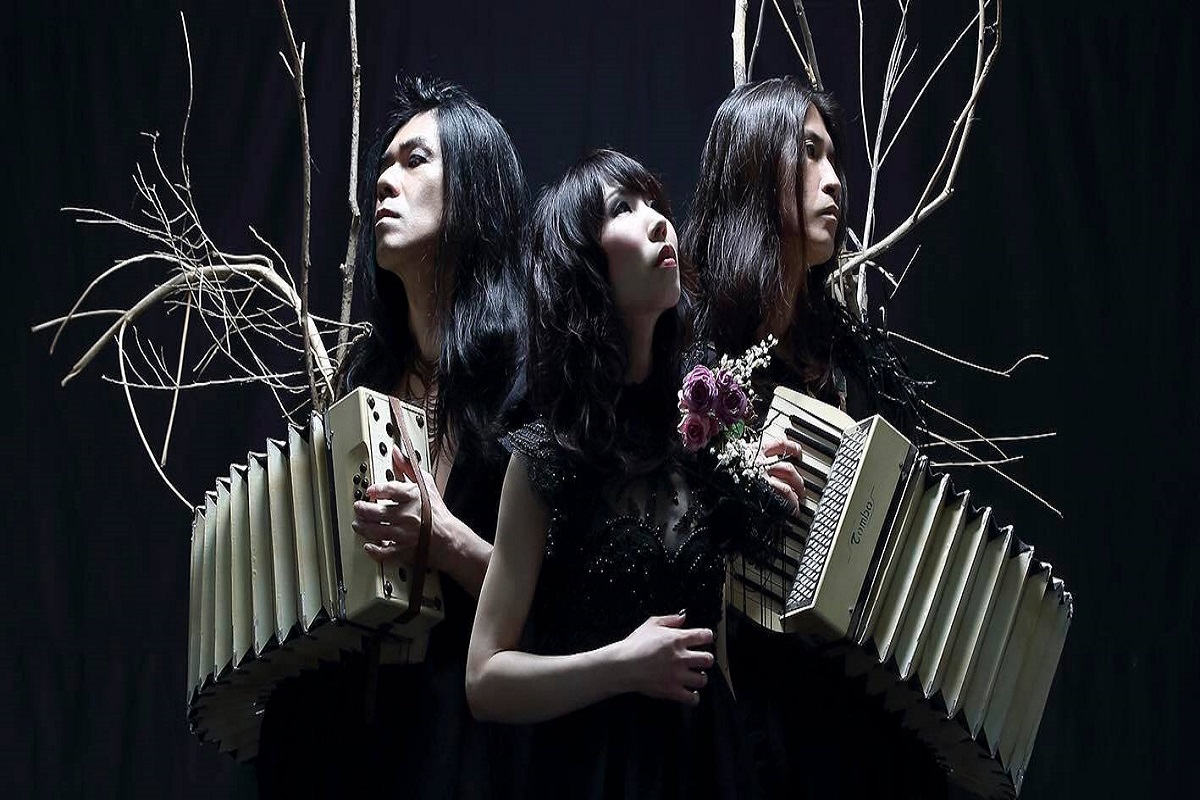 Can you be in two places at once? Katie Mac and Boris at the same time? If it were possible we would be.

Boris are rounding up December’s Manchester Gig Guide ins some style. You’re guaranteed noise-a-plenty from the Japanese maestros. Last time we saw them in Manchester they were stunning and this time we’re antcipating somthing equally special.

You’d be daft not to miss them. After all, nothing speaks more of Christmas than precise and long-form thrashing of double-necked guitars.   .