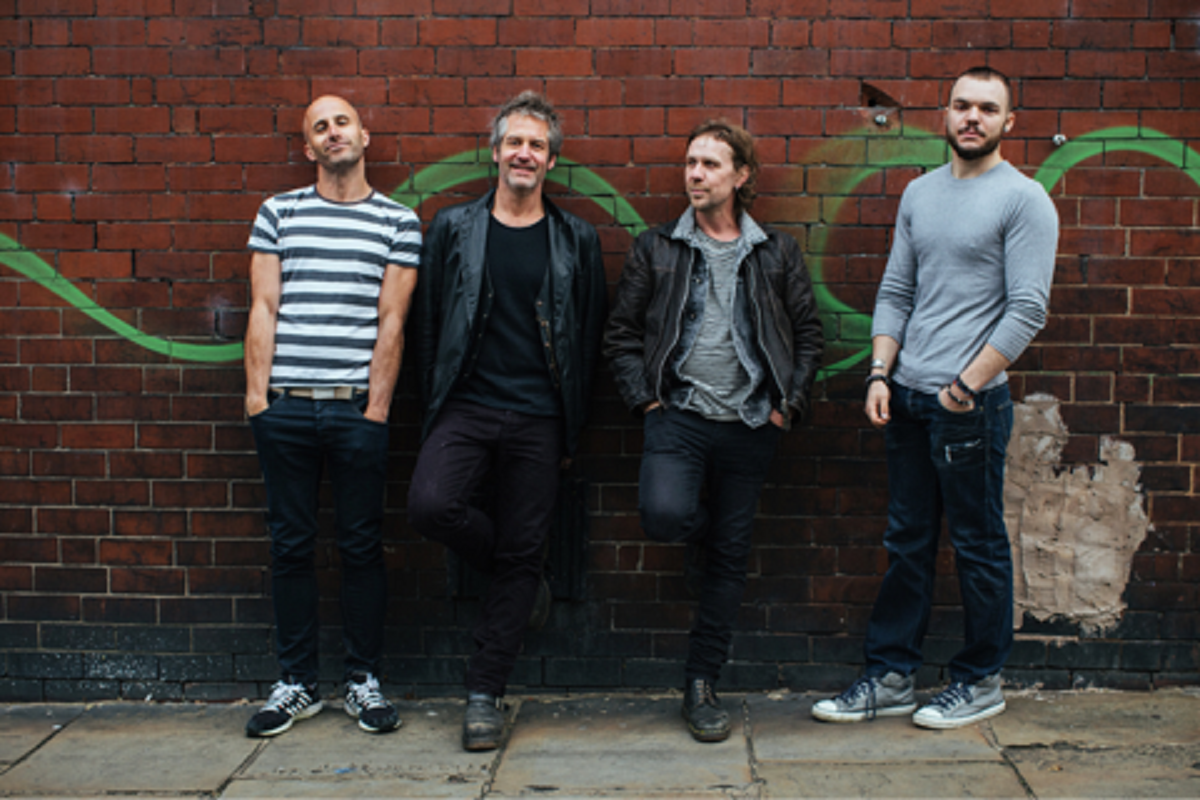 Trying their best to get themselves a chunk of that sweet Noddy Holder Xmas song royalties market, Getintothis’ Steven Doherty sorts the gold from the myrrh.

Christmas Single of the Week

The ever excellent Terrorvision are back with their first new material in over seven years, and what better to way to announce your return than with a Christmas single (and one that isn’t just a cover of one of the timeless ones from years gone by).

This is a shining example of how all modern Xmas songs should sound, just like any of the bands other songs, but then just add lyrics specifically about Christmas.

Terrorvision carry this off with some aplomb, coming up as they have with their usual, catchier than a rare disease pop-rock, then they’ve thrown a few jingle bells over the top..

This, as it’s along the same lines, should be as omnipresent as that The Darkness tune was a few years back, but sadly probably won’t be.

The Big Moon: Carol Of The Bells

And at the other end of the festive spectrum, this is a merry haunting version of the staple old fashioned number.

The only problem with this, and it’s fair to say 99% of all other modern reworkings of Christmas originals, is that there is a certain arrogance in thinking that the original can be bettered.

That is no sleight on The Big Moon, who give it their best shot.

They try but they fail, still somewhat charming in its own way though.

It’s a festive offering from very much one of our own.

This one opens sparsely and somewhat strangely, as if PJ Harvey had been somehow forced at gunpoint into writing a Christmas song.

The cosiness of the chorus soon takes over, but it still feels like it’s two separate songs, both of which are perfectly lovely.

As menacing as a Christmas tune could and should sound.

Really hope she starts with this at her Glastonbury headline set, it would sound all sorts of wrong at the height of summer.

Making her pitch for the yearly Mariah Carey Queen of Christmas crown, this just falls a bit short, it may just take repeated listens year after year, like all good Xmas tunes, to make it a grower.

You would need a heart of stone not to find the old home movies in the video adorable.

Blink 182: Not Another Christmas Song

Joy to the world, everyone’s fourth favourite Emo band are back, just in time for the season of goodwill to all men.

So we’ll keep it short.

As pointless as you would imagine it to be from it’s title, and it sounds exactly like you would expect it too.

God bless them for trying.

LA’s The Regrettes were one of the first names that have just been announced for next year’s inaugural Melon Yellow Festival in Liverpool.

And they bring us this slice of Christmas themed pop, which they released back in October, for some unexplained reason.

This constantly feels like it should burst into something but it never does, which is a shame, as it’s quite a catchy number.

Based on what we’ve heard so far, we don’t think Shaky is going to be sweating about losing his place on Now That’s What I Call Xmas based on this year’s releases.

This is frankly horrible, sounds like something they thought was a great idea, but doesn’t stand up to any great inspection.

Non-Christmas Single of the Week

Stand out track is the excellently named Diddums, but the whole EP is an absolute corker, particularly after last week’s Election result.

It sets it’s stall out from the off, a rare and welcome example of anti-Brexit feeling in song.

Our favourite Slovak noiseniks are back after a short hiatus caused by a tumultuous year, which has seen the departure of one of their founder members.

They sound like a band keen to make up for lost time.

It’s a step forward for them, a brooding introspective tune with a lusher production than they have used previously.

It builds and builds, then erupts towards the end with a passionate vocal that is aching to get out.

Written about a friend’s sudden death, the video captures the dark mood perfectly, as it is also made up of old home movies, very atmospheric.

The antidote to Christmas merriment should it all get too much for you.

Do Nothing: LeBron James

Nottingham’s Do Nothing produce this single that should be their breakthrough, a Young Knives-esque piece of wonkiness.

A spoken word couple of verses bring to mind a LCD Soundsystem/Squid type vibe, no catchy chorus but this is not missed.

The video is equally odd, a local social club full of their family and friends, adding to the overall feeling of strangeness.

Definitely ones to watch over the next 12 months.

She says of this song that it is “a very personal song for me, which deals with the confusion and hurt associated with love, a song about being misunderstood by the ones closest to you. You know that you they love you, but you feel it isn’t for the full person you are.”

And as bleak as it sounds, it matches the somewhat coldness of this.

A sentiment that elevates it above most of today’s pap pop.

Point off for rhyming kitchen and listening though.

The Heavy North: As Long As You’re Here With Me

With a video filmed at their sold out headline Jimmy’s gig this year, The Heavy North are back with their fourth single so far.

This is as anthemic a tune as they have produced so far, the customary Kravitzy vocal is much to the fore as are the swirling keyboards, especially over the chorus.

If you love a ballad and a guitar solo, you’ve come to the right place, next year will see them go from strength to strength.

The greatest female pop star that this country currently has is back with the title track of her forthcoming second album, and it’s a catchy slice of fun that Madonna would sell her kidneys to be able to still be making.

A glorious end to her year and an indication that this sophomore album will be one to look forward to in 2020, she’ll need to make room on her Brits/Grammys shelf at this rate.