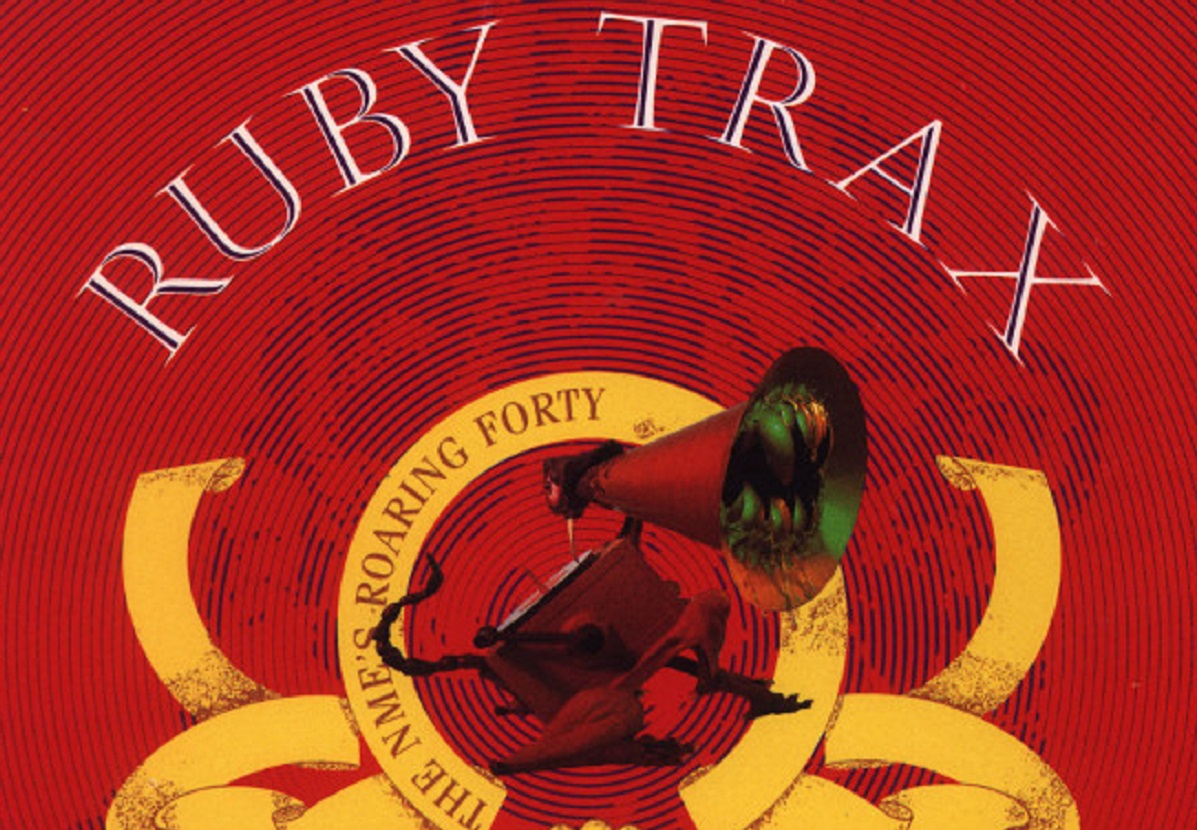 The NME’s Ruby Trax compilation brought together indie bands and caught a moment in music, as Getintothis’ Mike Hill recounts.

The gathering together of a cast of 22 fellow indie travelers would define an era in UK music.

But when the C86 compilation was released in 1986 there was no sense of how emblematic it would become of the age.

Pulled together by the NME, the twin cassette was dominated by the jangly, guitar-based sound which held sway in the years before dance music and later Britpop changed the independent scene.

The term C86 became shorthand for a particular indie sound synonymous with the John Peel session and remains so more than 30 years on.

Six years later the NME went one step further with its next release with an ambitious triple disc set which may not have been intended to define an era but was certainly planned to celebrate one.

In 1992 the NME was 40 years old, the charts were 40 years old and so what better way to mark the occasion than by inviting 40 of the magazine’s favourite acts to contribute to a special birthday LP.

The rule was simple, the artists could record any track they liked as long as it had reached the coveted number one spot in the UK.

This was the days before the BBC Radio One Live Lounge franchise with its annual smattering of today’s pop kids performing each other’s songs.

While cover versions were as much a part of the musical make-up of the early nineties as they’ve always been the idea of a long player gathering together an eclectic set of acts taking on all manner of classics was something of a novelty.

Yet only a notable few of the Ruby Trax could be described as novelty records in their own right with gold dust sprinkled right across the three CD set.

If the idea of The Cult’s Billy Duffy teaming up with Johnny Marr to dual guitars on Ennio Morricone’s The Good, the Bad and the Ugly sounds like a novelty then just rejoice in the splendour of both the concept and the end result.

It’s just a shame the image of the two guitar heroes facing off in the studio like a scene from a Spaghetti Western is shattered by the reality of the pair recording their parts in studios 5,000 miles apart in Los Angeles and Manchester.

While EMF covering Shaddup Ya Face is undoubtedly a novelty band covering a novelty song all expectations are confounded by the end result.

An in yer face, dance rock rant a world away from one hit wonder Joe Dolce’s chart topper which famously held off Ultravox’s Vienna from making number one in 1980.

Not that this particular bit of pop trivia stopped Vic Reeves from ignoring the number ones only concept and submitting the Midge Ure classic as his contribution to Ruby Trax, albeit with almost entirely rewritten lyrics about Belgium and Belgians

It’s trademark Reeves playing for surreal laughs and it hasn’t dated well. But plenty of other tracks have.

At its peak the tenent that the upper echelons of musical greatness is inhabited by sacred texts which should never be covered by anyone is blown apart by Curve’s version of Donna Summer’s I Feel Love.

Loyal to arguably pop music’s finest moment until an undercurrent of feedback seeps through at the climax. If only it was as long as the original.

Among other stand out songs faithful to the original is Ride’s cover of The Model, which is shorn of the shoegazers’ trademark guitars and could be mistaken for the Kraftwerk classic until the vocals land.

And there’s no mistaking The Wonderstuff as they fiddle their way through fellow Black Country outfit Slade’s debut number one Coz I Luv You.

The story goes singer Miles Hunt didn’t know the lyrics and had to ask his uncle – who played with Wizzard – to ask his mate, Slade guitarist Dave Hill, to get singer Noddy Holder to fax them over to the studio.
Such was nepotism of the Midlands music scene.

Hell, even Ned’s Atomic Dustbin make an appearance with an unrecognisable indie disco romp through Charlene’s easy listening hit I’ve Never Been To Me.

A personal favourite is Marc Almond drafting in a New Orleans brass section to deliver a stylish, high camp version of Madonna’s Like a Prayer transforming it into a glorious show tune.

Almond is one of only two artists to feature on Ruby Trax and also have one of their own hits included in the set, albeit a cover of a cover version he took to number one.

More than a quarter of a century on it is a reminder of why we all had a soft spot for the Madchester merchants and their swirling psychedelic organ.

The other is David Bowie whose Tin Machine supply a live version of The Moody Blues’ Go Now – although without the Starman on vocal duties – while Tears for Fears turn in a supremely confident version of Ashes To Ashes.

Tin Machine: A Reappraisal of Bowie’s most unloved project

In some instances it is fleeting moments which make the whole enterprise worthwhile.

And so it was almost worth the price alone to hear Wayne Hussey deliver one of pop’s great couplets as The Mission get to work on Blondie’s Atomic and the joy of “Ahhh your hair is beautiful. Tonight.”

Or the frankly bizarre breakdown in the middle of Blur’s Maggie May where Rod Stewart’s mandolin player is replaced by what sounds like a pound shop Bontempi organ.

Ruby Trax even scored a chart hit of its own with the closing song, Manic Street Preachers’ version of Theme From M.A.S.H. (Suicide Is Painless), making it to number seven.

If all this has intriguied you, you can expect to pick up a copy of Ruby Trax for less than £20 on eBay.