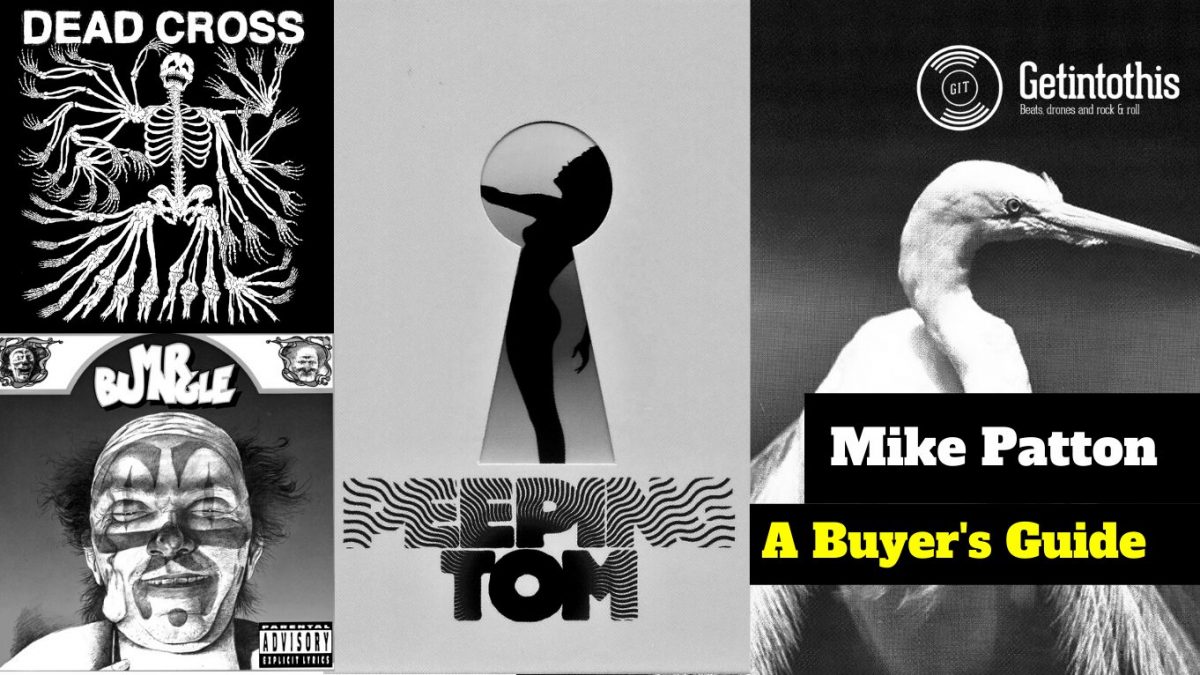 As Mike Patton makes a return to the airwaves with new music from new project Tetema, Getintothis’ Amelia Vandergast has a look back over his best bits and gives us a lowdown on his lunacy.

Mike Patton’s prolific band endeavours recently got the attention of the satirical news site The Hard Times after they squeezed amusement out of the prospect of Patton Running Out of Bands to Be in.

But they did highlight a good point, the list of his collaborations and side projects is endless. His creativity knows very few bounds. And if it does, it smashes through them allowing him to serve up yet another aural crumble.

Listening to one of Mike Patton’s new projects is much like eating a bag of Revels, you ingest it, then it’s up to you to figure out what it is.

Although he’s best known as the frontman for Faith No More, his eclectic bag of experimental, absurdist, and indefinable tones are a truer reflection of their virtuosity.

Patton also gives that freedom to the bands on his record label Ipecac Recordings. Along with the label hosting all of Mike Patton’s music, other bands currently signed to Ipecac include Daughters, Melvins, Eagles of Death Metal, Queens of the Stone Age, and Sleaford Mods.

While the rest of Faith No More has never been all too fond of Patton’s tendency to play away in pursuit of more pioneering smorgasbords of sound, Patton saw his involvement in FNM as a day job.

I can imagine how little sympathy that will muster from anyone who has never had to pander to the demands of mainstream mediocrity while trying to suppress their creative vision in boardroom meetings.

Audibly, Patton found plenty of other outlets for their expression.

Including the very reason that we’re getting excitable for their sound all over again, their lesser-known band’s Tetema’s sophomore album “Necroscape” which is due for release on April 3rd.

If anyone can bring a touch of Glenn Branca-style arcane magic to 2020, it’s Tetema. Check out the first single to be released Haunted on the Uptake via YouTube.

And if you find yourself looking to scratch the Mike Patton itch with more of his work, here are the top six contributions which he has made to the airwaves:

Dysgeusia 58:
Carcass and Katatonia return, 10 reasons why 2020 will be heavy and the hottest new bands

If there was ever any band which made every other alternative artist seem positively archetypal, it was Mr Bungle. When they first started in 1985 with their avant-garde jazz-infused, funk-soaked sound they were never going to be the most popular band around.

But they gained a cult following which still remains loyal to this day; as was seen when they announced a mini American tour for 2020 and fans from across the globe attempted to grab tickets in competition with the odiously greedy touts who snapped up the majority of the tickets available.

(I’m still not quite over that.)

Tomahawk are just as explosive as their namesake.

In 1999, Patton teamed up with Jesus Lizard’s Guitarist Duane Denison, and enlisted drummer John Stanier (Helmet) along with bassist Kevin Rutmanis (Melvins) – and that’s probably not the most impressive line-up that Patton has orchestrated. With a touch of prog post-rock sound within their caustically sublime approach to alt-rock/metal, they didn’t just find a gap in the market.

They used their arsenal of frenetic energy to blow a new one into it.

While most of Patton’s side projects pander to aficionados who find their preferences on the heavier and more obscure side, Peeping Tom was an incredible testament to their diversity. It was their very own take on not-so-sugar-coated Pop.

Their sole Hip Hop/Pop/Metal/Bit-of-everything-really inspired 2006 album includes artists Norah Jones, Kool Keith, and Massive Attack. Considering that the album took six years to write, I’d say it would be a bit rude if you didn’t at least check out the perennial obscure pop hit We’re Not Alone ft Dub Trio.

I don’t really have to introduce Faith No More, do I?

I don’t think I do. I’ll just let you watch the music video to their most popular hit. Unless you’ve been living under a soundproofed rock, I’m sure you’ve heard it. Just enjoy the fact he’s wearing a Mr Bungle T Shirt in the video.

Given everything we’ve learnt of Patton’s experimentalism so far, can you imagine a 40-member orchestra and a 15-piece backing band at their disposal to recreate 50s and 60s Italian pop music? Good news is, you don’t have to, it’s all contained in their 2010 album. You’re not going to find more thunderous drum fills in a full orchestral instrumental arrangement any time soon.

Last but certainly not least, is the band responsible for creating the most aurally awe-inspiring 1:40 minute video on YouTube to date. You may find a few familiar faces joining Patton on stage including the likes of drummer Dave Lombardo (ex-Slayer), guitarist Buzz Osborne (Melvins) and Patton’s loyal bassist from Mr Bungle and Tomahawk. Fantomas took Avant-Garde Metal to the extreme, but there were still plenty of Patton’s loyal ardent fans who followed the supergroup along for the ride after they saw their inception in 1998.

With Mike Patton’s plethora of projects, he has created quite the discography, with each album celebrating another facet of their pioneering style. Our buyer’s guide is right here, for your delectation. 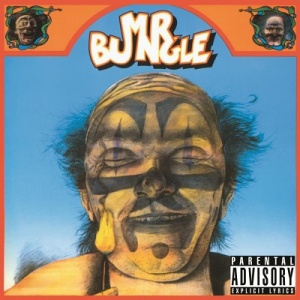 In total contrast to the aforementioned Mr Bungle album, their debut self-titled album was a dizzying work of aural insanity. The seismically frantic shifts in tone, style and momentum was one thing, but the lyrical content was quite another.

The album may come second on our list for its gorgeous mash of Funk, Jazz, and Death Metal, but if you’re a little musically timid, we’d suggest skipping this one. Alternatively, if you’ve got an open mind and you don’t mind scat lyrics, prepare to be enamoured. 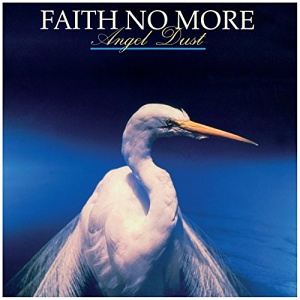 Faith No More’s fourth studio album Angel Dust was released via Slash and Reprise Records and captured Faith No More in the peak of their songwriting. It was a welcome stray away from the sound which Faith No More was starting to become renowned for and a step towards maturity and nuance.

It was no coincidence that Angel Dust was the first album in which Patton fully took the reigns in FNM and crooned all over them and it became their most successful record to date with 2.5 million copies sold worldwide. 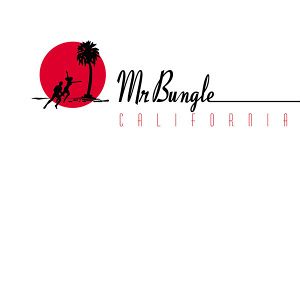 Considering that California was Mr Bungle’s third and final album, it felt like a tragically sonorous farewell from a band who had been known to make their music as playfully repugnant as possible.

Classical strings and horns were pulled in replacing the usual obscure samples which Patton has always shown he’s a fan of. Tracks such as Pink Cigarette and Retrovertigo captured Patton at his most quiescent, but even without those fast tempos and chaotic momentum, there was still a deep intellectual complexity. 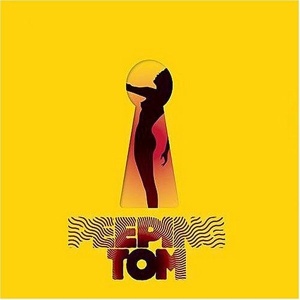 Peeping Tom’s only studio album should be remembered in exactly the same vein as Chase and Status’ collaborative epic album No More Idols. His take on pop music may not be archetypal in any way, but despite the record being an acquired aural taste, enough people acquired the record and allowed it to enter into the Billboard Album charts at number 103.

Admirably, the record was proof of their inability to care what anyone has to say about their music. Could you imagine Mike Patton scrolling wistfully through their Twitter feed making themselves painfully aware of any salty criticism? I can’t. What’s even more depressing to imagine is how much better pop would be if every artist crafted their soundscapes with such a Machiavellian disregard for accessibility. 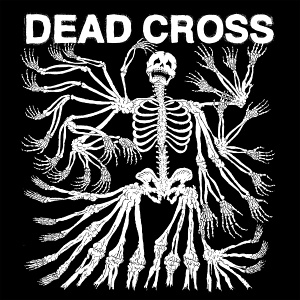 It can be sometimes quite hard to keep track of Patton’s varying projects, but the world definitely had to stop and notice his most recently founded supergroup Dead Cross.

Their self-titled debut album is still the only album from Dead Cross to date. After the release, they took the album around the world on an international tour and it went down a storm with those who will stay loyal to Patton no matter how heavy his sound gets.

Their combination of hardcore punk and thrash metal took traditional hardcore right back to its roots. For once, he put the keyboards to one side and allowed his band which saw him working alongside Lombardo again to go as heavy as they liked.

The end result was an uncompromisingly brutal hit of nostalgia. You might find yourself rather conflicted as you’re listening to their cover of Bela Lugosi’s Dead which is found on the album as you wonder which was better if it was better than the original.

(Is that goth blasphemy?)