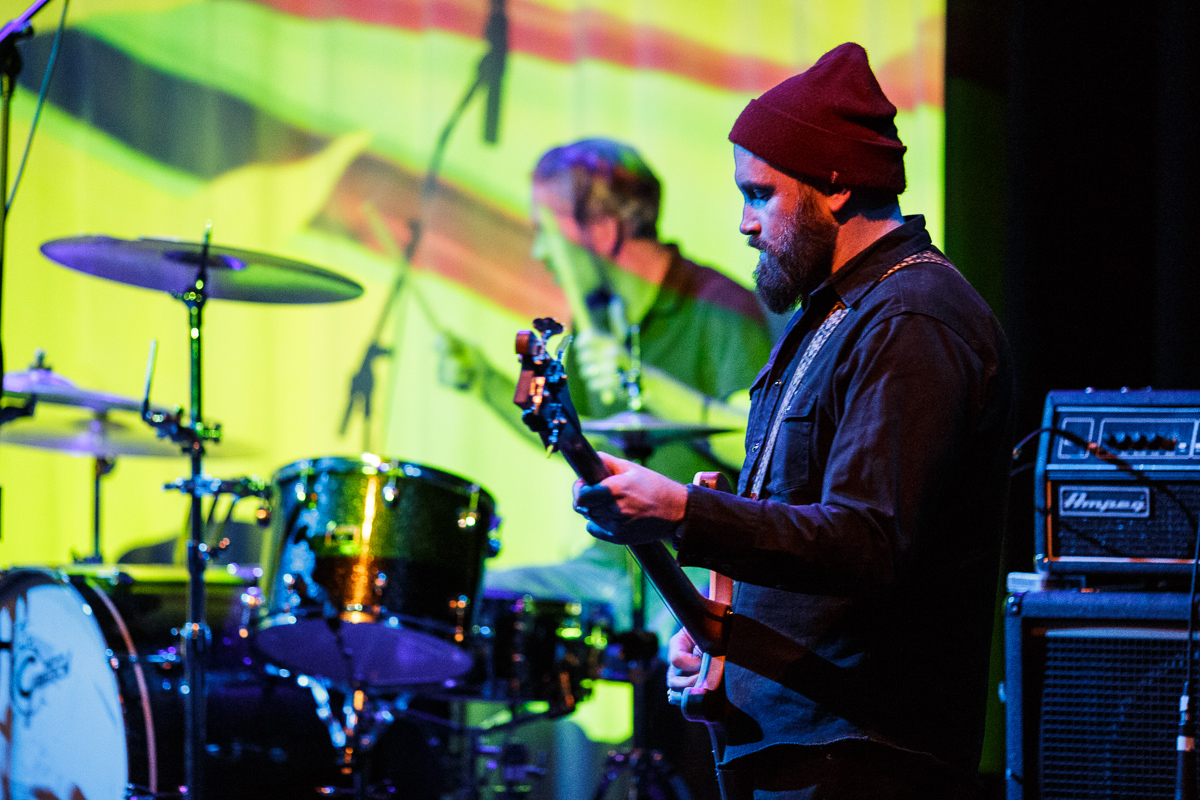 Sex Swing are back!

They’ve been pretty quiet for the last couple of years, with radio silence since their kidney-shredding, nerve-jangling 1am set at Wrong Festival in 2018.

Luckily, they’re set to rectify this with a new album and an intense fortnight of live dates across Europe, including the UK.

It’s all preceded by the excellently titled new single Valentine’s Day at the Gym.

The new track is a foreboding, sax-driven prowl that slowly builds in intensity.

And where the previous album was sometimes intensely treble-heavy, this one stays firmly in the low end, giving it a bassy, Birthday Party quality.

All indications point to the record delivering plenty of sludgy, anxiety-inducing Krautrock.

The album, Type II (which like its predecessor has some obscurely troubling artwork), is due on May 15, 2020.

The group, who count former Mugstar man Jason Stoll among their party, will be returning to the North West as part of the Rocket Recordings Showcase at the White Hotel in Manchester.

They’ll be performing with fellow purveyors of tinnitus GNOD as part of an event that looks set to go on way past your bedtime.

Share. Twitter Facebook Google+ Pinterest LinkedIn Tumblr Email
Previous ArticleThe Lathums interview: Sold out tour, latest single and a growing fan base
Next Article Exit Music (For a Film) #5: what is the use of Awards Season?