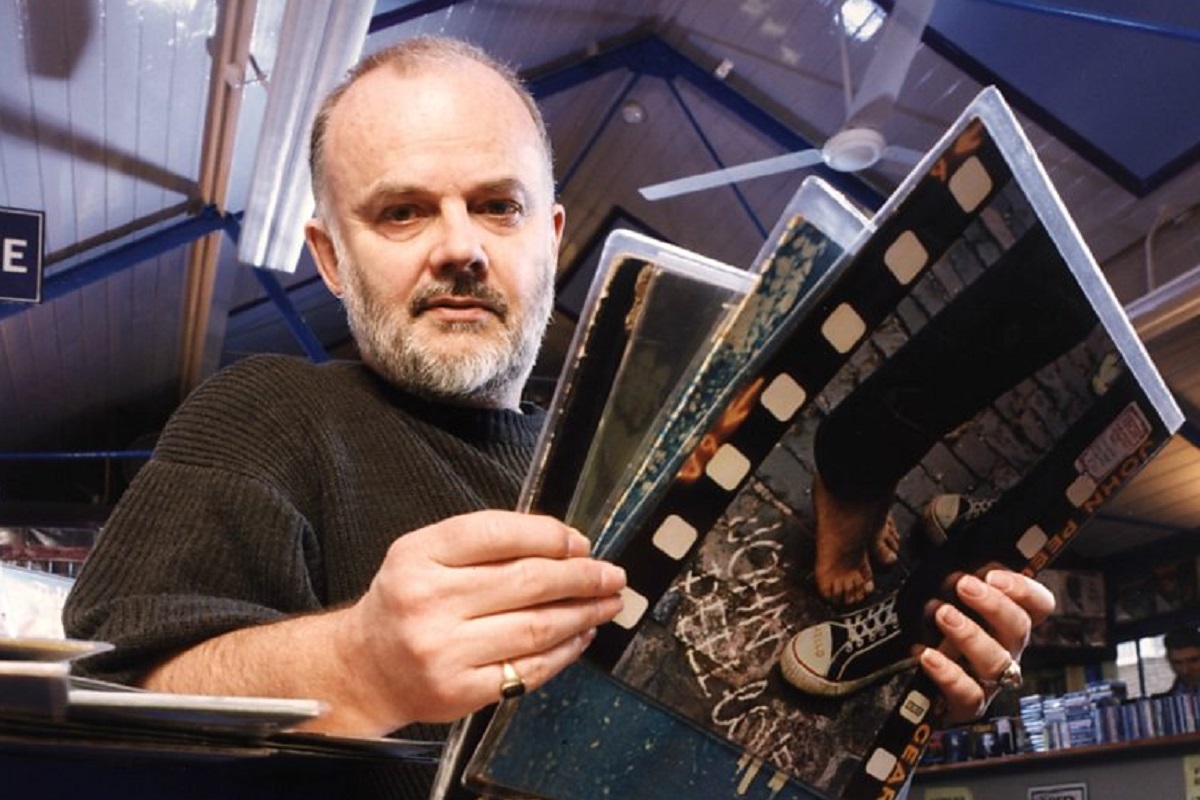 The newly available John Peel sessions archive is a glorious feast of music discovery, Getintothis’ Peter Goodbody had a go at finding some gems.

Last week we reported on the massive archive of John Peel sessions that has been made available on a blog post lovingly described as Formally Known As The Bollocks.

It comprises a massive list of the familiar and the new, bands you know and love well, alongside names that mean precious little to many.

We started listening to the Peel Sessions archive, diving into bits and pieces, late one morning. We got a bit carried away and lost in the exercise, and it’s now three o’clock in the morning when we started writing this and we’re still mining the gems.

A mate on Facebook posted the link this morning and then just zoned out.

He had no idea where to start, even though the list contains so many of his favourite bands. He’s the same age, more or less, as us.

We traded a couple of ideas. Maybe start at A?

Not at the absolute beginning, though, because that would be a step too far. We’ll pick and choose, mainly at random.

Well, that’s where we started.

Amazing versions of songs we haven’t heard for years.

And right away, we knew there was something special going on here. These tunes, admittedly so far, on a sample of four, that have an urgency and an immediacy about them.

The Au Pairs session starts off with Pretty Boys from the band’s first album, Playing With A Different Sex. Not one of the band’s best known numbers or else it wouldn’t have been the last track on the album.

Why? Utterly brilliant. Who knows?

But then we get Come Again about, well, you can guess.

“Is your finger aching? I can feel you hesitating”.

John Peel couldn’t give a fuck that the song was banned from the daytime Beeb.

So to the Stiff Little Fingers session from 1978 that includes an incredible Jake Burns doing Suspect Device as though his throat was on fire. Trust us, it bears no resemblance to the record.

Barbed Wire Love will have you in tears. And then they did a full 6 minute and 20 seconds cover of Bob Marley’s Johnny Was.

Naturally, Peel played the whole thing. Just because he could, there’s no other Radio 1 DJ who would have played a song that long unless they need a bathroom break. And because it’s just brilliant.

But we’ll leave them to it. We’re at “S” already. We need to backtrack.

There are at least three Magazine sessions in this collection. We’ll go for the first one from 1978.

Wow. This is not an easy, gentle introduction. Devoto hits us straight away with Definitive Gaze.

He’s not messing about and McGeogh’s guitar vying with Adamson’s bass grab straight away. The Light Pours Out Of Me races along to pick up the baton and somehow manages to get a massive keyboard behemoth into the tiny Peel Session studio.

That is, until Adamson’s bass takes over again. All the while Devoto sneers and snarls in the manner of a dementor. This is superb.

We get another punch in the form of the title track of the debut album, Real Life, it honestly sounds like it was recorded in a massive Blackpool Winter Gardens-like music hall.

This session finishes off with the manic 2 minute My Mind It Ain’t So Open, maybe not the best idea Devoto ever had if he was trying to distance himself from his previous Buzzcocks connection.

But, then nothing’s perfect.

Gang of Four Entertainment! at 40; a furious explosion of political polemic

There are a couple of Skids sessions too. Our love of that band is well documented.

Say no more. Just go there.

Get the first one – it starts with Of One Skin, and you’ll be sold right away.

Let’s move on. But before we do, let’s also pause for thought.

What we’re getting from this archive is a whole bunch of music recorded by bands, quickly, as we understand it, 4 tracks done in a couple of hours, in a small studio with minimal production and, almost without exception, little chance to mull over what they had put down.

But that’s why these recordings are so good. There’s a rawness to them.

If we go back to the Au Pairs’ Pretty Boys, they managed to give an edge to what may otherwise have been a bit of an afterthought.

The Peel Sessions breathed new life into songs that may or may not have been fan favourites. They were a chance for a band to experiment, to get as close to a live experience as was possible in a radio studio.

It’s getting late as we write this, but we still have a few bands to cover, the ones we listened to earlier this evening.

But then we spot Motörhead from 1978 in the list.

Not one of our fave bands, but, let’s dive in.

Oh, my. They start with Louie Louie and then Keep Us On The Road. And then, to be honest, another one of which we missed the name.

Peel loved it, “Hey, Hey, Hey” he says after that session’s done. You read that right. Motörhead did a Peel session. And it was fantastic.

In a later text, our zoned out mate declared the session version of Louie Louie was one of the best he had heard.

We thought the Flesh For Lulu session would have been better than it is. Didn’t grab, although we own a fair amount of their vinyl.

Sex and Drugs and Rock’n’Roll is decent. Although, he actually sounds a bit, well, not really into it. It fades out and we get the impression he would rather be rid of what is, quite frankly, not his greatest moment.

He segues into Clever Trevor, an altogether better tune, but it’s Sweet Gene Vincent where he does his thing.

This is just excellent. You know how it starts off, slowly, even a bit of jazz, before Dury kicks in with one of the biggest rock howls. He does it as though he’s shouting directly at John Peel through the studio glass. He wants to be heard in Birmingham. It’s ace.

There’s Joy Division from 1979. A underrated band, according to John Peel.

Ouch. He’s right, of course, but we’re not convinced he was that into them. We get Exercise One, She’s Lost Control, Transmission and Insight.

JP muses whether they should have moved to London, rather than base themselves in Manchester and concludes that’s a poor idea.

He did have a habit of thinking out loud. And not always wisely.

Other highlights of this bunch, from where we’re sitting, include Dr Feelgood, Cabaret Voltaire, and a mass of Killing Joke sessions.

L7 from 1990, who do the Ramones “eins zwei drei vier” thing we always loved, before every song of their session.

There’s lots of Siouxsie and the Banshees too, but it’s getting late as we write this (did we say that already?) but their 1977 session is worth a listen. Love in a Void kicks ass.

However, just as we decide to call it a night, well day, it’s the 1978 Siouxsie session that has the song we’re looking for. It kicks off with Hong Kong Garden.

We revisit the archive a couple of nights later, having pulled a rather inadvisable, yet much enjoyable, all-nighter when we wrote the first bit of this piece. It didn’t make for a great day when we finally surfaced from our pit the next “morning”.

But, needs must and all that.

Killing Joke from 1979 is a full 14 minutes of madness, almost funk, stomping, but with screaming guitars and manic vocals. The drums are mixed really high and the bass distorts, but the version of Wardance is magic.

It’s as though the band have set up in your living room with the sole purpose of annoying your neighbours. But then the band do what JP probably loved and fused skanky guitars and rhythm on a terrific, but again, distorted version of Nuclear Boy.

We have no real way of knowing whether this distortion is in the original or whether it’s been badly transcribed in this case. In either event, it doesn’t matter. It’s a Peel session. But, it’s not a typical flaw – it’s the only session we’ve found so far that has debatable sound.

Yet, it’s still bang on the money. Pssyche, with which they close out the session, is a masterpiece.

One thing we noticed is that there are differences in the way these sessions have been saved. Most of them don’t have any of Peel’s intro – they are seamlessly segued together, sans words. But they aren’t all put together so skilfully.

At the end of the Killing Joke session, listeners were treated to a track by The Jam, but which one?

The recording cuts off in a tantalising teaser.

We had a conversation over here at Getintothis Towers recently about Guilty Pleasures.

We won’t divulge the filthy secrets lurking in the uncategorised pile of vinyl or CDs that would appear to be unloved and unplayed for however many years, yet to be filed into your alphabetical filing system.

But if there’s any New Model Army kicking around in there, and we suspect there maybe, then do yourself a favour and dig it out.

In a remarkably prophetic ape of the current POTUS, Peel says at one point: “There are some remarkably good words in there, says a man who doesn’t usually listen to words”

That in itself makes this session a must listen.

Yet, we were curious. And a quick Google tells us this was the first time the band had ever been on the radio.

They come across as a proper rock band, little like the parody of themselves they later became. It runs to nearly 20 minutes and gives a picture of how good Queen could have been if they hadn’t later turned into, well, Queen.

Given its age, this is, perhaps surprisingly, one of the better quality recordings in this archive. It’s crisp, clear and very heavy.

Clearly, readers who know my musical leanings (I’m departing from the house style for a moment) will know I’m always going to tend towards the more punk/post punk choices in this collection, that’s always going to happen when there are literally hundreds of sessions to go through.

I could go on. And on. And probably, on.

And maybe the point of this exercise is to have some fun, to reminisce, but, also, and please do this, check out some stuff you didn’t know.

Even if it is only the Queen session. Oh and the Motörhead one too. And Au Pairs.

And, well, basically all of it.

And a confession, we actually didn’t get around to listening to any of the sessions listed under bands beginning with The. That’s a whole separate post. Wish us luck.

It’s probably a fitting place at which to bow out from this trawl, given the hour at which we’re writing this.

Save for one final moment of delicious madness.

We can’t finish off without reference to the Pink Military session. We won’t spoil the punch line, but the intro from Peel is gold.

There is much to mine in here. You will find old favourites and new friends. Go forth and see what you unearth.

Let us know in the comments.