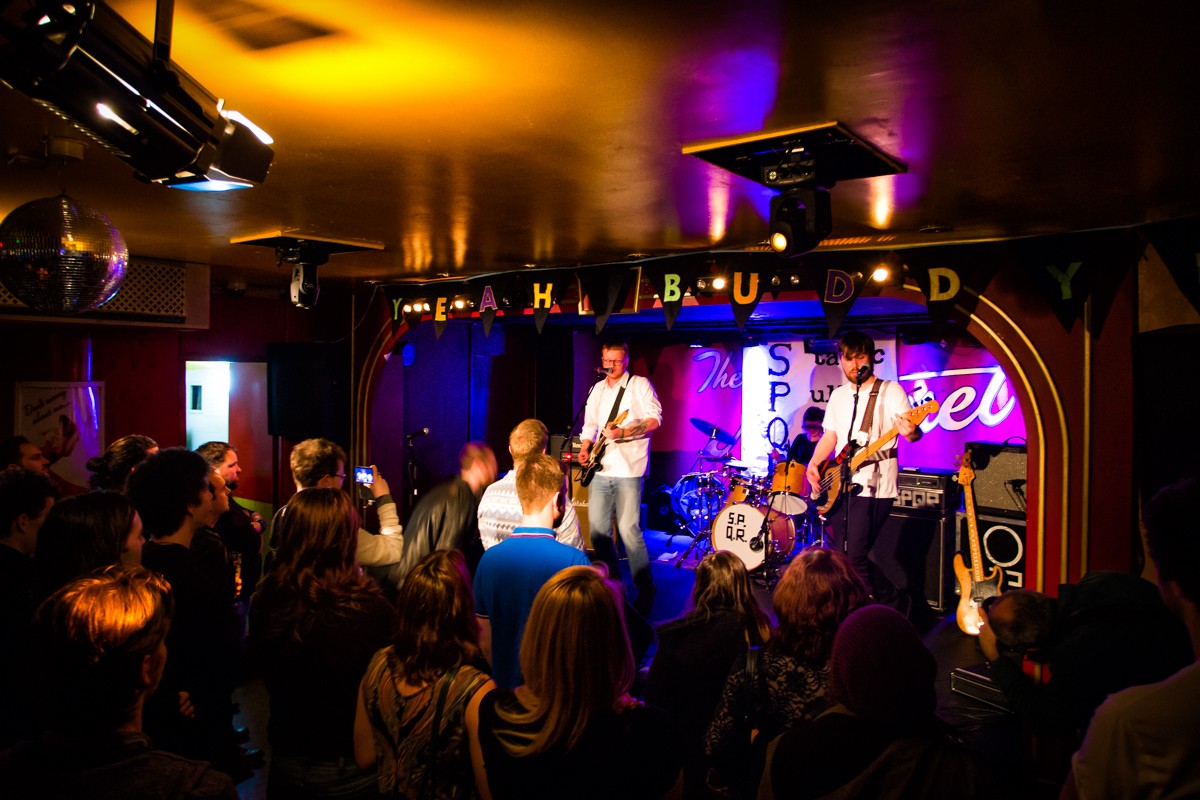 On a night where the eyes of the city were elsewhere Getintothis’ Vicky Pea dialed her ears firmly into SPQR’s first ever headline show at The Magnet.

It was a busy night in Liverpool for a band to play their first ever headline show. With upwards of six gigs in and around the city and a certain football game taking place we did wonder if we’d be the only people there. Thankfully we weren’t as enough well sensed people chose that out of all the places they could have been, they’d rather be at The Magnet.

And a fine choice too as the already much loved Lilium open proceedings with a set growing in familiarity. The band, who are in the process of recording at the famous Motor Museum studios, deliver a unanimous ‘I wouldn’t want to follow that’ performance that saw frontman Andrew’s energy spill out into the crowd for fan favorite Chocolate, ending when he smashed full pelt through the dressing room door before magically reappearing via another on stage to join the band for much deserved applause.

Enter Chupa Cabra. Self proclaimed purveyors of loud music and louder shirts, they’re the kind of band you take an instant dislike to, but that’s the point isn’t it? Taking to the stage to proclaim “the melody is implied and the feedback intentional” there’s no ignoring the obvious punk influence and imitation, however the jury is still out on whether or not the trio can develop into more than just that. A brace of songs give us hope that it can be refined, as with most punk less is more, and if you’re planning on being that arrogant, you better be bringing more.

Colour sound huge in the small confines of The Magnet. Layer upon layer upon layer of perfectly complimentary sounds and tack sharp vocal harmonies create an anthemic contagion. We’re a little disappointed with ourselves for not being more familiar with their material, as it’s the type of music you want to throw your arms in the air and wail along to. The bands chemistry is well established and it’s a silky smooth set from the boys who, are probably sick of hearing, could be set for a Foals like fame.

The band of the hour, SPQR are welcomed warmly into their first top-billing. The usual hard-faced attitude of the band is softened slightly as they seem genuinely thrilled with their achievement, and rightly so. With parents in the crowd an and audience made especially for them the waiting is over. From the get go listening to SPQR is like being a passenger in a speeding car, at 2am, with a body in the boot and a driver you’re pretty sure put it there. It’s eery, uncomfortable and oh so angry, yet somehow, through all this comes beauty.

A horrific beauty don’t get us wrong, like a musical representation of the combined minds of Cronenberg, Lynch and Barker. Much of the sinister lyrical content brings back memories of Space’s Spiders, but in this case amplified to extremes. Lead man Pete has all the charisma of a man possessed, riding a swinging pendulum (metaphorical of course!) between lovable rogue to dangerously cracked psychopath in the blink of an eye. A thrill a minute the crowd manage to coax one more song from the trio before it’s all over and the sweat, spit stained stage is left empty. It may not have been a packed to the rafters party that we’ve seen at The Magnet countless times before, but if SPQR can make good on what they’re building it could well be one of those ‘I remember when‘ nights. 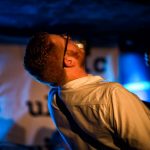 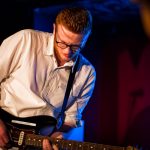 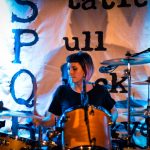 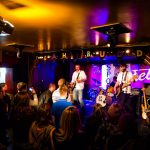 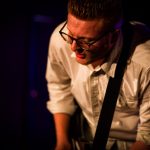 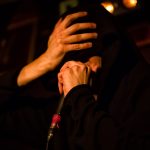 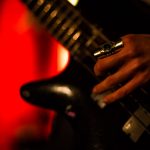 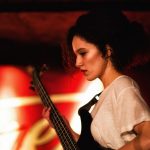 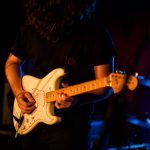 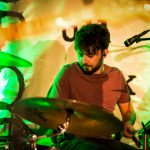 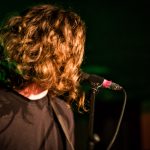 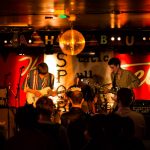 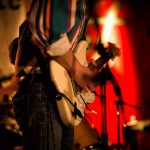 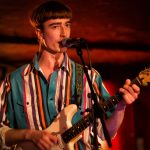