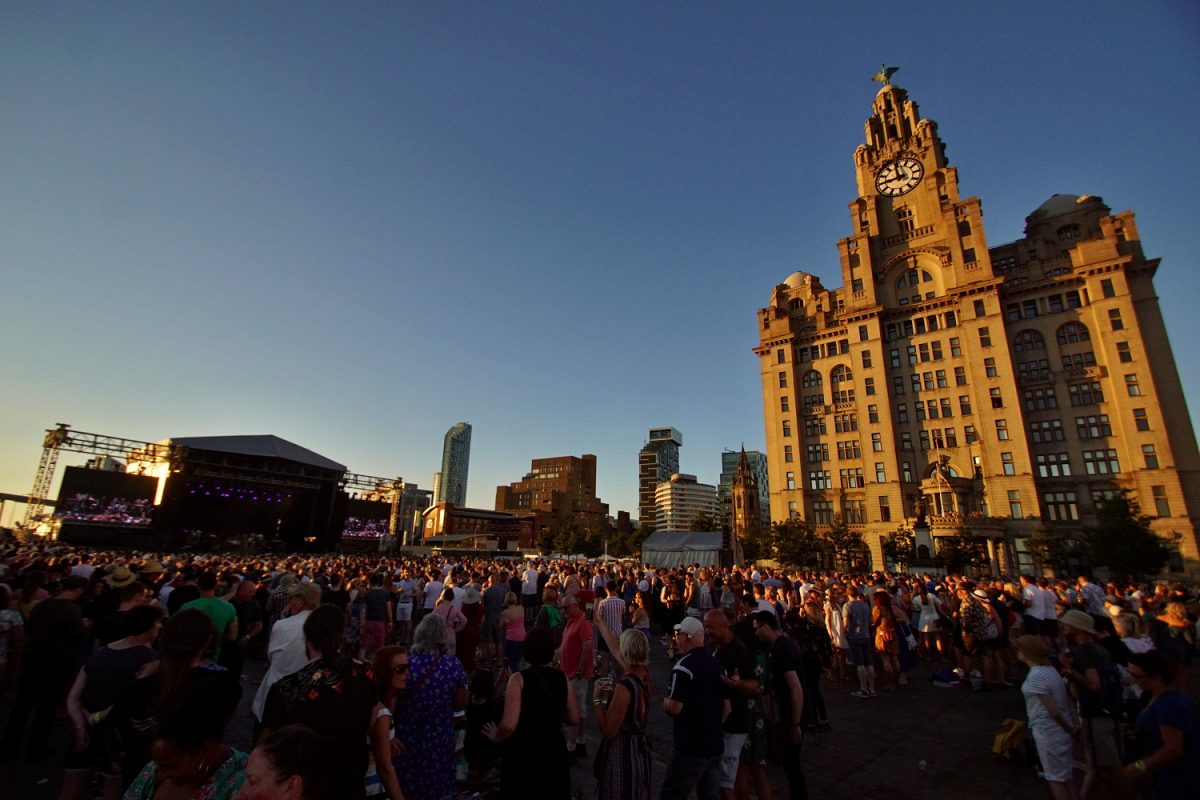 After a superb opening year, Getintothis Chris Flack looks forward to July at Pier Head and brings an exclusive update to this year’s Feis line up.

Since publishing this preview, we have learned the event has been cancelled.

In a post on Facebook, organiser Vince Power said: “It’s with deep sadness that I have to make the difficult decision to cancel this year’s Feis Liverpool due to the lack of recent ticket sales and the companies inability to sustain the losses. I apologise to all the people who have bought tickets and supported the Feis, all the artists performing and all the people who have worked on this event for the inconvenience. With the potential shortfall of £400,000, the majority of which has been borne by me personally it is not possible to carry on. I advise all ticket holders to contact your point of purchase for a refund.”

After a triumphant start last year, Vince Power pledged to bring the Feis back to Pier Head for round two.

While the first run out wasn’t entirely glitch-free, it was a sublime day in the sun for Irish music lovers.

While there were niggles, we imagine this year will be a very different beast indeed, Vince Power won’t have niggles at a show two years in a row. Power is the ‘Godfather of gigs’.

He has had a hand in as many brands, festivals and venues as you can name and when he put Madness on at Finsbury Park it registered on the Richter scale.

He saved Reading & Leeds from near disaster, took on Benicassim, Glastonbury, The Fleadh and a ton more besides. He has helped save, redevelop and promote shows at Londons Roundhouse. He is a busy man.

This year’s event sees return visits by Shane MacGowan, Paul Brady, Phil Coulter, and Mundy. There will also be sets from The Undertones, The Dubliners, The Eskies, Mary Coughlan, The Fureys, Hudson Taylor, The Frank & Walters, Joshua Burnside, and Derry rockers Touts.

We can exclusively reveal Feis are bringing The Stunning back to Pier Head on Saturday, July 6.

Joining them will be Cronin and a whole host Irish Dancers.  The Stunning hail from Galway. It has been almost 30 years since they released their debut long-player, Paradise in the Picturehouse which reached number one in Ireland in 1990 and sat there for a month. 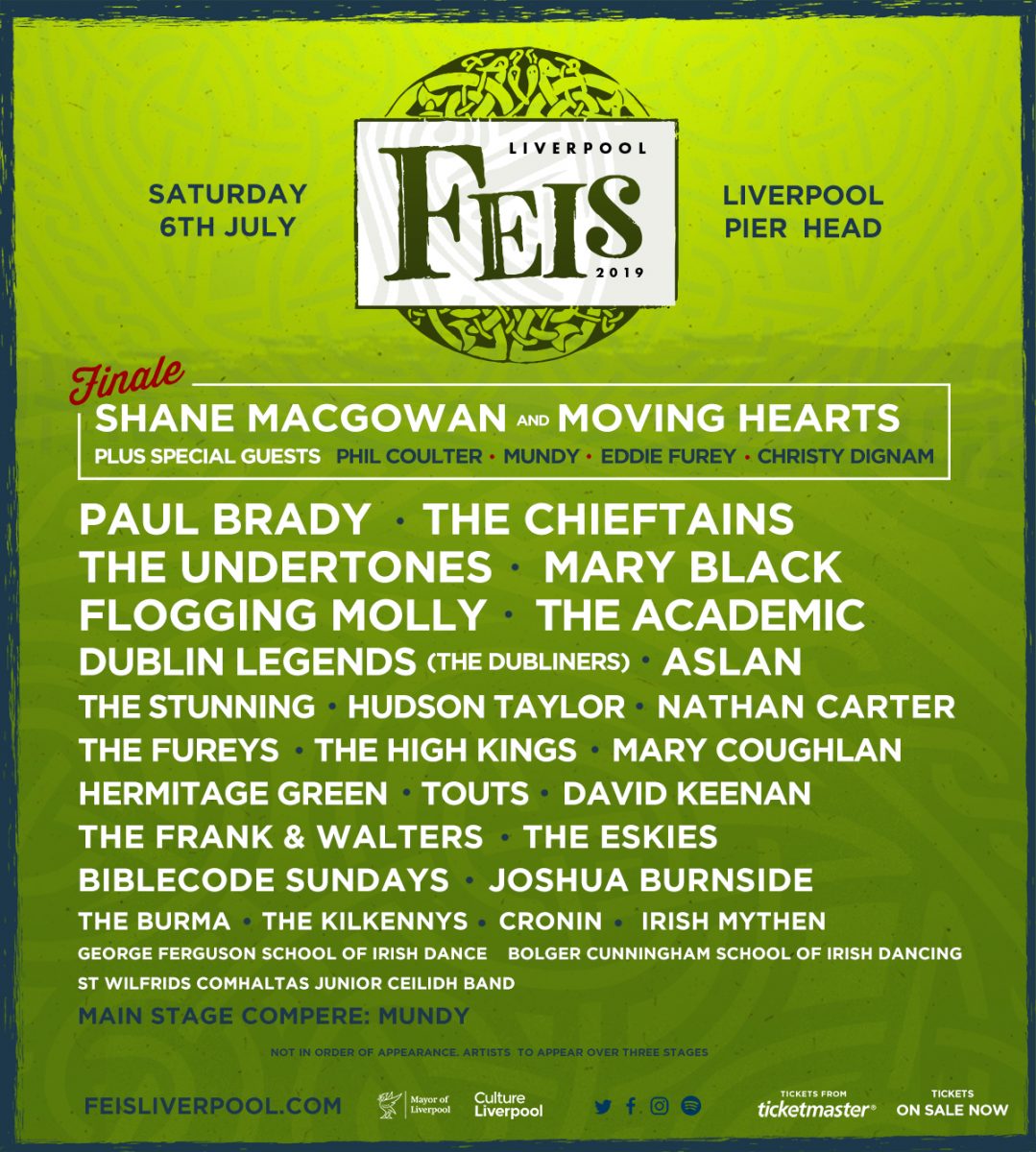 Their music was the soundtrack for a generation, their latest album Twice Around the World topped the Irish charts again, a sold-out tour of Ireland followed and they headlined festivals across the UK in Summer 2018.  It will be a welcome return for a band that rocked the joint last year.

Cronin have released acclaimed records under previous moniker The Aftermath.

They’ve had an eventful couple of years while finishing their debut; from Pete Doherty giving them nods, Noel Gallagher being papped carrying one of their records around and being a part of the legendary party that was Shane MacGowans’ 60th birthday with Bono, Johnny Depp, Nick Cave and more.

With more acts to be announced in the coming weeks, Feis looks set to rock 2019.