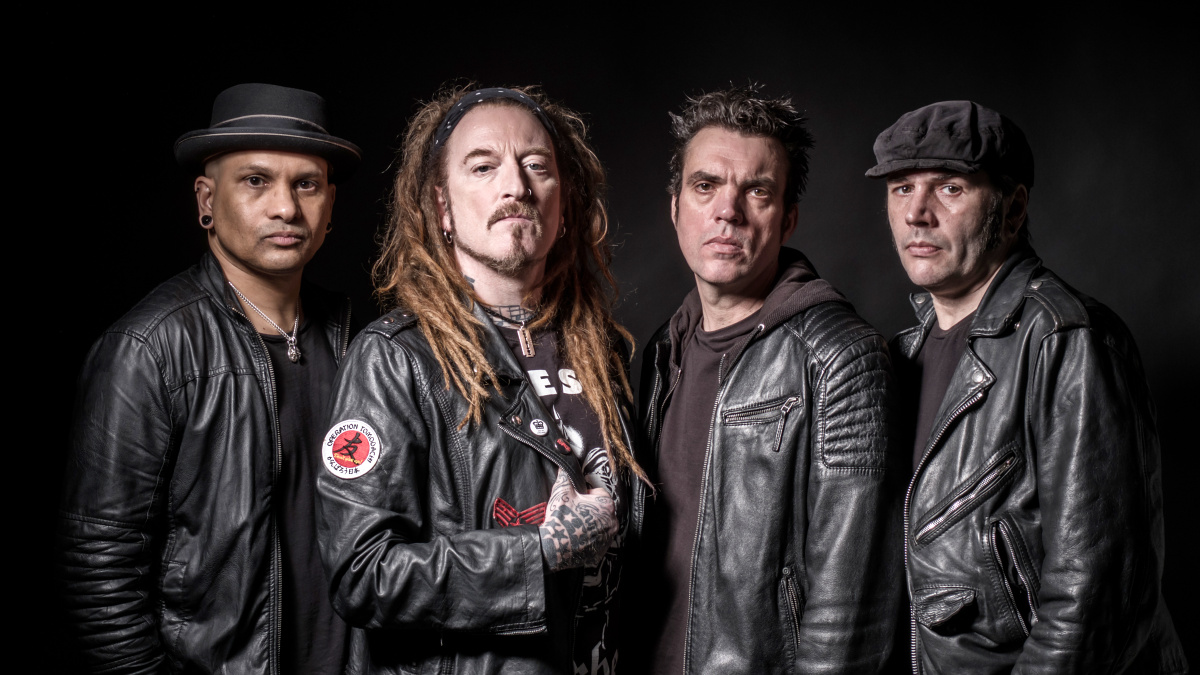 The Wildhearts have announced their return to Liverpool after an absence of 15 years, Getintothis Chris Flack has the latest news about the return of the Newcastle four piece.

The Wildhearts make their return to Liverpool after fifteen years to play the historic Grand Central Hall on Renshaw Street. Grade II listed, it’s a perfect backdrop for the kind of show The Wildhearts are promising.

With a Grand Organ, beautiful décor and a stunning Victorian dome, this spectacular room has featured sets by Richard Hawley, Idlewild, Michael Head and Bill Ryder Jones since having undergone an extensive refurbishment.

The Wildhearts formed in 1989 in Newcastle Upon Tyne and despite a number of top 20 hits and a top 10 album, they never really achieved great commercial success.

However, they have a remarkable set of die-hard fans that have stuck with them through line up changes, battles, brawls, scandals, fights, disbandment and numerous reformations, to be richly rewarded with a new album in 2019.

The Wildhearts have been at the forefront of the rock and roll scene for almost 30 years.

Their 1993 debut album Earth Vs was voted album of the year in Kerrang! and was listed as number 20 in the best rock albums of all time by the same magazine in 2006, quite the accolade.

Their latest release, Renaissance Men, is their first album in 10 years, and their live shows have become something that can only be described as legendary, regardless of how easy it is to throw that word around.

At the height of their fame in the ’90s, The Wildhearts were the definition of an all-out rock and roll band, they were surrounded by salacious stories of sex, drugs, splits, scraps (internal and external) and a rather famous incident where they broke into the Kerrang! offices and trashed the place.

The line up for this show is their 1993 set up, so frankly, anything can happen. Danny McCormack is back on bass duties, CJ is on lead guitar and vocals, and Ritch Battersby is back on drums.  As always Ginger is heading things up and not taking responsibility for anyone.

As it should be.

If you haven’t heard, Renaissance Men was on May 3rd on Graphite Records. To celebrate, the band are plotting a trail of devastation across Europe and have set dates around the UK as part of this runout.

It is this tour that will bring them back to Liverpool after 15 years for a set that will deliver their distinctive mix of heavy rock that comes bathed in melodic madness. This is one not to miss.

Of the plans to get back on the road, CJ Wildheart had this to say:

“Well fuck me it’s only been 10 years since our last release and Renaissance Men is a monster album. Danny is back in the band and we’ll be touring all year round, playing new tunes and all the old hits. Can’t wait and I know the boys are super bloody excited for this.”

Let’s face it, if he’s that excited, you should be too.

Dysgeusia 51: Bloodstock Open Air 2019 and feeling the pulse of a vibrant scene

The Wildhearts have been through more variations that Dr Who, there are something like fourteen or fifteen ex-members, but it is their classic line up that came together to record Renaissance Men at the Treehouse Studio.

And it is classic Wildhearts material, heavy rock, hard-hitting riffage, classic rock and roll with an added urgency that we haven’t really seen from them before.

It’s all heavy, heavy riffs, sparkly hooks and it comes in at a reasonable 10 songs, which is a surprise really, given their sheer ability to bang out the tracks.

It is full of wit and glorious, righteous anger, which is just what the Dr. ordered, it was met with critical acclaim, within a week it reached number 11 in the Album chart, number 2 in the Indie Chart and no3 in the Vinyl Chart.

Not too bad for a band that has been in hiding for a while.

They hit the stage at Grand Central Hall on Thursday, 18th July and tickets are priced at a very reasonable £22.50, which is a bargain for that much riffage. To get a load of what you’re in for, tune in here.