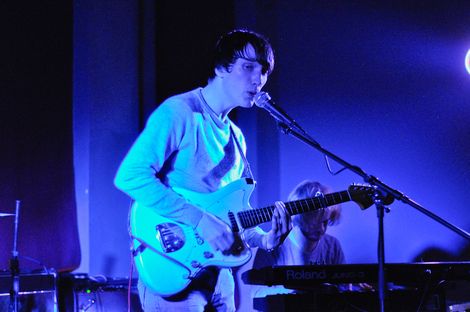 GIT Award nominees, By The Sea team up with Freakbeat Films to drop live debut of Endless Days.

Just the other week, we gushed over By The Sea‘s new material when they debuted a whole raft of crystalline classics in waiting.
Today, they’ve dropped a sneaky peak of why we’re getting so excited – a live rendition of Endless Days which displays their characteristic melodic fluidity yet introduces a darker rhythm rumble, a growing instrumental flourish and a deeper timbre to Liam’s usually brushed vocal.
The track’s been lovingly put together by Merseyside-based Freakbeat Films from By The Sea‘s single launch at Leaf – the venue where the lads, following their nomination, will play a part in The GIT Award 2013.
With a new record muted for release this year, and a tour scheduled for Europe and beyond it represents very exciting times for Wirral’s bright new hopes.