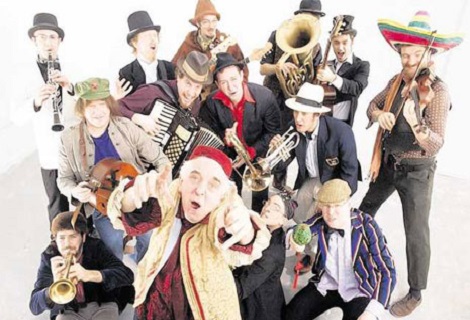 Threshold Festival 2014 kicks off on Friday with hundreds of music acts, arts events and panel discussions taking place throughout the Baltic Triangle. With that in mind, Getintothis invited the Threshold team to provide a guide to some of the finest bits of what’s on offer in our annual routeplanner. How very handy.

Threshold Festival 2014 begins on Friday embracing three days of arts, festivities, music and discussion, we invited director, Chris Carney and his team to select the juiciest offerings from this year’s action…
“The fourth annual Threshold Festival, has come around so quickly this year but as a team we’ve never been so excited to bring you the event.
There have been the usual ups and downs associated with putting this together but with addition of some huge obstacles too.
One of these obstacles, the biggest life event Kaya and I have ever had to endure, drew together an incredible team spirit that we’ve not seen before.
So this year, the routeplanner comes to you from the core team of Threshold Festival. We put it to the team, to name a ‘must see’ for them across the three days.
There were some as always that we just couldn’t fit in, such as Stems at The Nordic Church and Beans on Toast at Siren on Friday, the mighty We The Undersigned at District and Etches at The Baltic Social on Saturday.
It was a shame to leave out so much of the incredible performance programme (such as Lemon Collective at Lantern Liverpool on Saturday) and visual arts programme FUTURE | VISIONS, the majority of which takes place at a venue that hasn’t even been used before; The Palmer Hill Building.
For the sake of simplicity, we have chosen one act per hour, the set times are not exact, but the performance will happen within that time – except for Robyn Woolston‘s piece which you can go an see any time of the day. We hope you enjoy this year’s festival.It’s gonna be massive!”
Friday March 28
19:00: The Mersey Belles – Balic Bakehouse, Bridgewater Street
20:00: Arc Light – Blade Factory, Greenland Street
21:00: Kusanagi – The Nordic Church, Park Lane
22:00: China Shop Bull – District, Jordan Street
23:00: Natalie McCool – The Batic Social, Parliament Street