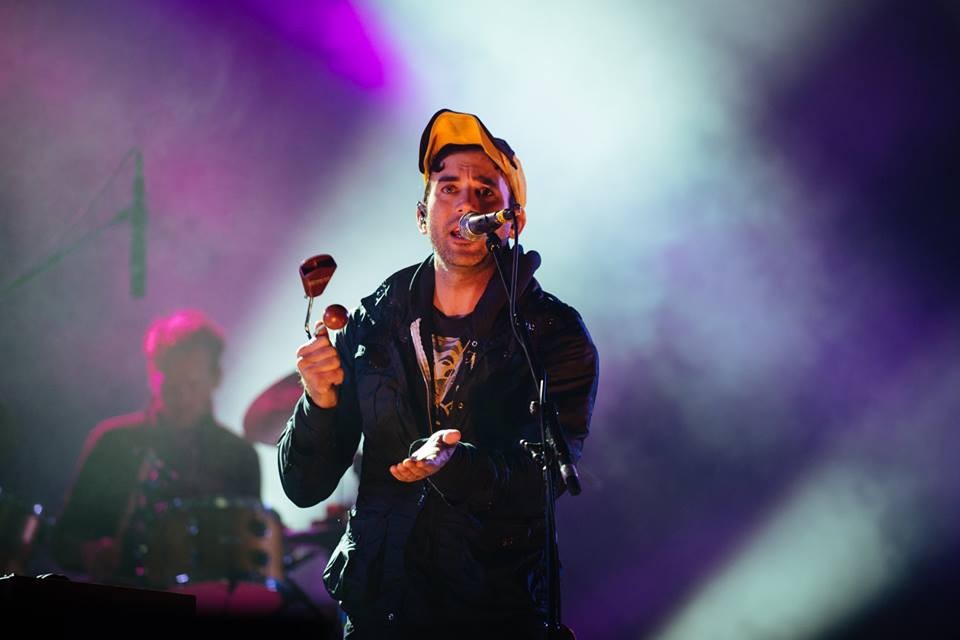 With End of the Road Festival deservedly reaching its 10 year milestone, Getintothis’ Paul Higham celebrates its success and picks out the highlights from this year’s festival.

Much has changed at End of the Road in the course of it reaching double figures. The site has considerably expanded over the years and the subsequent increase in attendees has given the festival the financial clout to pull in bigger names. This year the festival saw an unrivalled line-up for an event of its size. Tame Impala, Sufjan Stevens and The War on Drugs provided the big name headline draws, while lower down the bill many delights were to be found.

Yet, reassuringly, not all has changed. The ethos of the event and its understated charms remain. The site is a joy; a Victorian folly replete with with picturesque corners, peaceful woods full of fairy lights and art installations and one of the loveliest stages you’ll find anywhere around.

In many ways what continues to makes End of the Road so special is its impeccable curation. You pretty much know what you’re going to get (and not in a bad way) from each stage as acts complement each other and fit perfectly into the schedules. Where some festival line-ups feel thrown together there is real love behind End of the Road.

That is what has helped the festival endure and the love is shared equally between punters and artists alike. It is a place where labels come to share their birthdays with the festival and where bands seem to love to play. A striking example being the Heavenly Records 25 year showcase this year which was a pretty special event featuring, among others, Liverpool’s own Hooton Tennis Club and Stealing Sheep.

With ten years already in the bank who’d bet against other ten, we know that we wouldn’t.

Here’s a round-up of seven of our favourite things from this year’s event.

We needn’t have ever doubted him. Those who wondered whether the delicate beauty and emotional tenderness of Sufjan Stevens‘ career-defining Carrie and Lowell would hold the attention of the largest crowd of the weekend saw their fears quelled by a spell-binding set that held those in attendance largely transfixed in awestruck silence.

Rearranging his set from his Manchester Apollo gig, Stevens did make concessions for a festival crowd. Older songs were thrown in earlier – a wondrous and earlier than expected Casimir Pulaski Day elicited a gasp of delight – and Stevens seemed genuinely to relish the environment and the atmosphere. While a generally more upbeat set, augmented in a generous and humble touch by the brass section from Human Pyramids, the new material sounded strong and the outdoor setting did not detract from its undeniable beauty.

Indeed watching under the stars as the clouds cleared above made for a shared collective and near religious experience that was the highlight of festival.

We’ve long been monitoring Toronto’s Metz and keeping an eye on their growing reputation. As those who saw them at SXSW will attest, this performance confirmed that they are rapidly developing into something much more fulfilling than a formulaic post-hardcore outfit.

In a pulsating and sweat-drenched performance in the Big Top, Metz delivered a set so astonishing in its pulverising intensity that people looked on in disbelief at the sheer enormity of the sound being created by the three-piece on stage. Those, that is, that hadn’t succumbed to the hedonism of the mosh-pit.

What stood out amid the caterwaul of ear-shredding noise was their sense of hook and melody. Beneath the gut-wrenching, full-fronted wall of distorted noise (believe it or not turned up a notch from their earlier work) stood real songs. Songs screamed at full volume by both Alex Edkins and his adoring crowd alike, but real songs nonetheless.

3.  The Vryll Society prove that they are the real deal

With the unenviable task of opening the big-top at noon on blazingly sunny Sunday when most might reasonably be expected to be shaking off the excesses of a festival Saturday night, you might have been forgiven for expecting The Vryll Society to be playing to a fairly sparse audience. Not a bit of it. A swelling audience was on hand to witness a coming of age show for an emerging band whose talents have justifiably been lauded in these very pages.

In a masterful display of poise and restraint the band truly delivered a display of swirlingly, hypnotic psychedelia that, on audience reaction alone, looks set to have won them a legion of new admirers. It is always with a sense of nervous expectation that we see a band outside the familiar comforts of the Liverpool music scene. If a challenge, playing to an unfamiliar audience was one to which the band easily rose.

Majestic, soaring and joyous, this is a band that gets better with each outing. We can’t wait for their Kazimier headline show next month.

4.  Drinks demonstrate that collaborations can work with a set high on improvisation.

Drinks is the collaborative brainchild of White Fence‘s Tim Presley and Cate Le Bon and the success of both in their other ventures has served only to heighten expectations of their unison. Often such collaborations can underwhelm, with the combined output often proving to be less than the sum of the individual parts.

After being mildly disappointed by the inclusion of Le Bon as a touring member of White Fence, it was a welcome surprise to find the duo form a partnership that seemed to spur each on to new heights.

In a performance that seemed to owe much to improvised playing (that kept bassist Stephen Black ever watchful), this was a spiky and angular performance heavy on avant-garde inventiveness that favoured experimentation over melody.

This was a real thrill from start to finish for two charismatically engaging performers, offering food for thought. We all love psychedelia but fear it is becoming a bit passé. To this extent we must salute Drinks, as two of the leading lights in the modern movement look too shine their light in a different direction.

5.  Taut and muscular post-punksters Ought thrill in a set high on restraint and musical tension.

Playing to a tea-time crowd in the picturesque family-friendly setting of the Garden stage could have proved tricky for Montreal’s Ought. The band’s lean, taut and anxiety-ridden sound might have proved better suited to a later slot after daylight had bidden us its goodbyes. Yet if anything this was the moment the festival came alive.

Inspired by the fraught and jittery energy of the band an exuberant mosh-pit started almost spontaneously forcing those in their camping chairs to retreat to a safe distance. Seemingly inspired in equal parts by Mark E Smith and David Byrne, singer Tim Darcy was a captivating presence throughout while the band demonstrate the virtue in building and releasing tension. It was an accomplished performance of subtlety balanced deftly with intent that whets the appetite for their forthcoming second album as well as their November performance at ATP in Prestatyn.

6.  Minnesota’s Low show that longevity should be no barrier to a band’s creative impetus.

Faced with a choice between the fragile yet intoxicating beauty of Low or the crowd-pleasing showmanship of Tame Impala, there was only ever going to be one winner. A late night show on the magical Garden Stage would be difficult to surpass and so it proved.

In a set that drew heavily from the freshly released Ones and Sixes, Low ably demonstrated that their charms lie in the stark beauty of their arrangements coupled with an innate understanding of dynamic range. As on record in the live arena everything seems considered, perfectly placed and delivered with purpose. Nothing is out of place and everything has meaning.

While a lovely version of Especially Me and a thrustingly apocalyptic Pissing stood out, the strength of the newer material shone through. Far from playing it safe, it is clear that the creative juices are continuing to flow as the band show little sign of slowing down. Belying their slow-core reputation there was more noise and guitar intricacies than we’ve come to expect, yet through it all, remains the marriage of the uneasy with the arrestingly beautiful.

After more than 20 years we should cherish Low as one of the more remarkable groups of our time.

7.  Ex Hex remind that that more than one Wild Flag band member has returned with a standout LP.

If the beginning of the year seemed to be all about the hugely anticipated reformation of Sleater Kinney, then the emergence of Ex Hex, led by Carrie Brownstein‘s former Wild Flag bandmate Mary Timony seemed to pass somewhat unheralded.

Yet in many ways Ex Hex‘s Rips threatens to surpass No Cities To Love and, as an infectious hook-laden piece of power-pop, it is hard to beat. Expectations were high for the performance and the band delivered in spades. While retaining the sprightly endeavour of their recorded material, as a live outfit this was an altogether more powerful performance. Guitars crunched as part of a fuller and louder soundscape, with the quality of the songs remaining firmly at the fore.

Clearly having spent a long time touring, the band were incredibly tight and well-practised, if at times to the point of having sanded too smooth the rough edges. Minor gripes aside, this was a mightily fine and thoroughly rewarding festival set, perfectly pitched and impressively delivered.