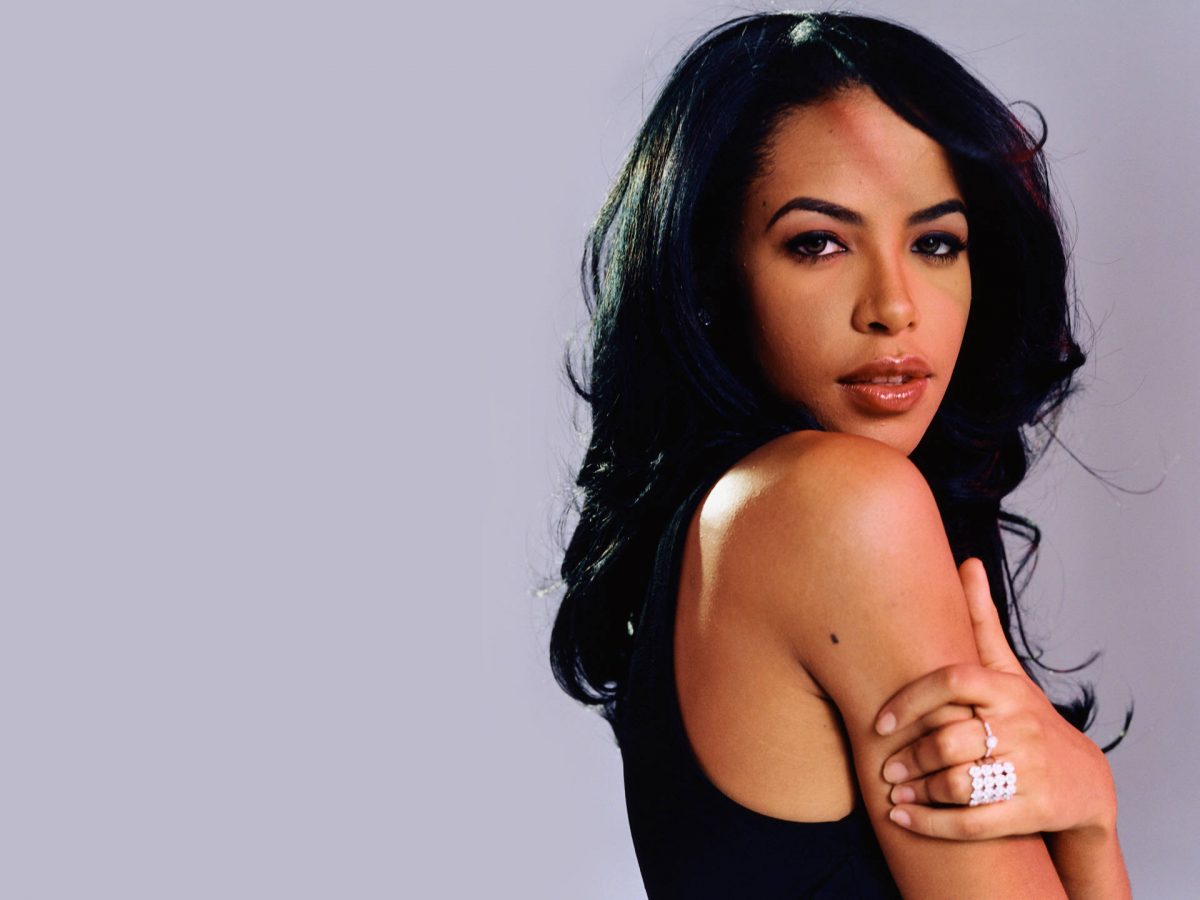 16 years after the tragic death of Aaliyah, Getintothis’ Jessica Borden takes a look at the legacy of work left behind

From the princess of R&B to the Queen of The Damned, Aaliyah was one of the brightest talents in entertainment.

16 years ago, Aaliyah who was already a huge name, died in a tragic plane crash at the age of only 22. She was beloved by artists, critics and fans alike from her music to her movies. She crossed the boundaries of singer, actress and model showing her creative ability knew no boundaries.

At the age of 12 Aaliyah signed to Jive Records releasing her first album Age Ain’t Nothing But a Number at 14. Even with illegal marriage to R. Kelly (who produced her first album) when she was 15 and he was 27, she still focused on the music and art she wanted to create.

Aaliyah left Jive Records and joined Atlantic Records where she would create her next two albums with the help of some of the most iconic artists in hip hop, from Timbaland to Missy Elliott, creating albums which have become seminal in the R&B hiphop crossover of the 90s.

Her work on films Romeo Must Die and Queen of The Damned working with actors from Jet Li and Paul McGann  where she took on lead character roles and was entrusted with the work of Anne Rice proved that Aaliyah was a force to be reckoned with. She had even filmed her role as Zee in The Matrix Revolutions but was sadly recast due to her untimely death.

Who you callin’ a bitch? Feminism and does it have a place in hip hop?

Aaliyah became the soundtrack to many lives as her music took over the radios from 1994 til 2001, a strong female role model who lived to create and entertain, she became a voice for people who needed a louder one and songs which cement in peoples minds as playing in the background of their happiest moments.

As an ode to her influence and art here is a look at her legacy in both music and film.

However, the sultry angelic vocals which come from Aaliyah helped to define a style which would later inspire everyone from Destiny’s Child to Rhianna and Drake even Arctic Monkeys cite Aaliyah as an inspiration. The combination with harmonies, beats and rap which would be instantly identified with the hip hop scene but pairing the softer vocals elevates the tracks to a new level.

Back & Forth came as the debut single for Aaliyah and hit number one in the US charts, but this track was more than just an album track, it introduced Aaliyah as an artist to the world and her harmonies paired with Kelly’s rap on this track would be a template which the rest of the album follows as a successful formula. Shown best on Down With The Clique where the contrast between the sweet sultry nature of Aaliyah’s voice jars against the lyrics by Kelly ‘Well, now I guess it’s time for me to wreck shop’ but somehow this pair perfectly melds with the steady beat throughout the track and against the chorus of male voices shows the strength and maturity in her voice.

I’m Down shows the strength that slow jams had in the 90s even with a overtly creepy overtone (looking at you Boyz II Men End of the Road.) I’m Down manages to show off her voice without having to stand against or be supported by a rap in the midst of a track, granted the track is based on a woman saying she would do absolutley anything to be with her man (written by R. Kelly this is hardly a surprising theme for a song) but as a typical 90s R&B soul inspired slow jam this has all the makings of a classic from the vocals to the melodies.

One In A Million was the beginning of Aaliyah’s work with Timbaland and Missy Elliott which spawned a collaborative effort on all parts in each of their albums. This was the  first album on Atlantic Records allowing Aaliyah a whole knew host of collaborators with Timbaland as the producer and co writer with Missy Elliott for the majority of the album which also gave him his breakthrough into the mainstream.

This album showed a new maturity in Aaliyah’s work, from more experimental nature with the melodies of being fast with heavily influence of funk and drum beats making the tempo the main focus against Aaliyah’s soulful vocals which always seem to maintain a steady pace against the high tempo.

If Your Girl Only Knew was the lead single of One In A Million and has melody and lyrics that become stuck in your head for days on end, the attitude and energy of complete control that comes across in this track is one that many women at some point have tried to emulate. To pull off the effortlessly cool nature of Aaliyah is something everyone should aspire to. Ladies in da House pulls heavy influence from funk and disco for the back beat which is a sample from Bad Girls by Donna Summer, pair this with a the collaboration on the vocals of Timbaland and Missy Elliott to pair against the dulcet tones of Aaliyah is perfection.

It would be impossible to discuss this album without the remix/cover of Marvin Gaye’s Got to Give It Up ft Slick Rick, Aaliyah takes a classic in the form of a Marvin Gaye hit and makes it completely her own with her voice working perfectly for this track and in turn refreshing and giving accessibility to the classics for a younger audience. It doesn’t try to out do the original but it makes it her own.

The final album, self titled Aaliyah, featured several different producers which strayed from her previous two albums where one person oversaw the majority of producing. This however didn’t effect the strength of Aaliyah as an artist who seemed to be becoming more and more confident as a performer (possibly related to the burgeoning acting career).

The album featured the beloved tropes of Aaliyah from the funk and hip hop mix into soul, however this album featured heavier tracks which featured more distortion into the melodies all while her voice remained the true star.

More Than a Woman is a track which has crept into public consciousness without anyone being fully aware that if it starts playing you will know every word, this track became a template for the early 2000s in R&B as the sass and confidence from Aaliyah comes swirling throughout every line of the song, while the melody takes on a futuristic edge as it remains light and high contrasted with the deep tempo throughout. Rock the Boat is a further classic from this album as it shows Aaliyah a young woman very comfortable and confident with her sexuality and her smooth and sultry vocals against the funk inspired track with a strong electro drum beat creates the perfect balance.

What If? features much heavier electronic beats and riffs and quicker vocals which build the tension throughout the track and give an incredible insight into what may of been the next musical step for Aaliyah as she shows the strength and range in her vocals. The strength of character comes across once again in the delivery as even with her smooth vocals which would appear to offset any tension you could try to create, she has a firm determination behind her delivery.

The beginning of an acting career

Singer turned actress (and vice versa) is a common career move now, and Aaliyah did it all.

She started her budding movie career in a loose adaptation of Romeo and Juliet opposite Jet Li. Landing a lead role as a breakout star in Romeo Must Die, meant that she was welcomed into cinemas everywhere as people rushed to see the latest martial arts action movie with a resemblance to Shakespeare‘s classic.

Aaliyah’s second movie was the adaptation of Anne Rice’s novel, Queen of The Damned, where she took on the lead in the vampire horror film. The film was finally released months after her death and dedicated to her memory.

In both films the roles Aaliyah took on were not only the lead female characters but also strong women from Trisha in Romeo Must Die able to defend herself and own a business outside of the family to Akasha who’s supernatural powers showed a strength beyond everyone surrounding her. Aaliyah’s characters were never ones to play a victim.

Music was never too far away even when acting as she took on roles of creating the Romeo Must Die soundtrack with the award winning Try again. Aaliyah’s talent as an actress was undeniable as she commanded the attention and presence which was needed to hold a film together as the leading character.

With the extensive collection of work Aaliyah made in the short seven years of a career, three albums which defined a generation of hip hop and R&B to two huge lead movies, a Tommy Hilfiger campaign, countless tours and music videos, this legacy is one of a strong young woman who created work which became part of not only culture but also the intimate moments of people’s lives and in turn part of the collective social subconscious.