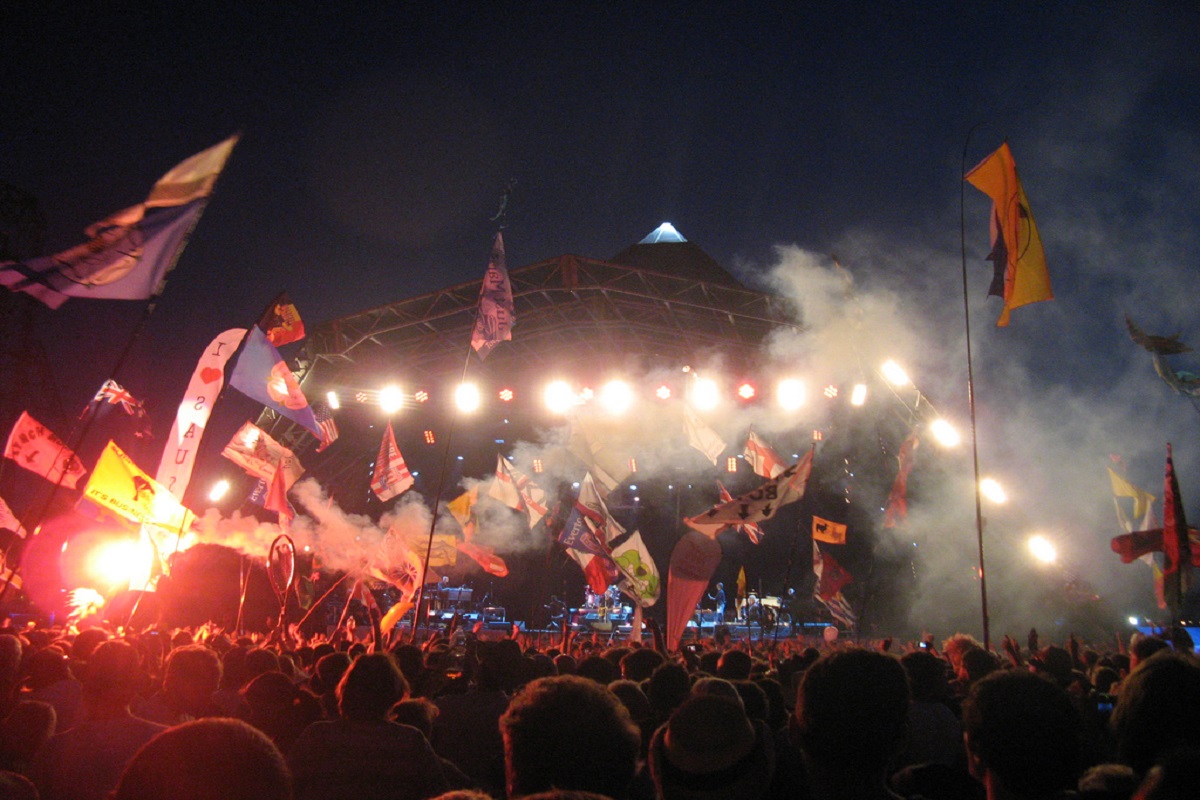 International music organisation IFPI revealed in their yearly report that the global recorded music market grew 9.7% from last year to a whopping £14.6billion, as Getintothis’ Will Whitby analyses this year’s study.

How much money is being made? Which areas are showing growth or decline? And what markets or services are prospering? They try to answer all of those questions and we will try our best to summarise its findings.

These statistics take a long time to compile and the data released by the IFPI is for last year (2018) as 2019 is still happening. The music revenue in question has been sourced from money made from streaming, downloads, physical sales and synchronisation.

It was a big year for the UK as a 3.1% overall growth in its music-based revenue has meant it has overtaken Germany to be the 3rd largest music market in the world behind the USA and Japan. Signs are good as the UK music industry is the fastest growing in all of Europe.

Streaming revenue grew by 34% and accounted for almost half (47%) of global revenue. That was driven by a 32.9% increase in paid subscription streaming with a combined £5.4 billion being collected. The IFPI states that 255 million people now pay for music streaming service with over 100 million of those people Spotify customers.

Cosmic Slop #80: Streaming and screaming – do the charts have a viable future?

All streaming from services like Spotify, Deezer, Apple Music, TenCent and others generated £6.8 billion as digital revenue now accounts for over 50% of the market in 38 areas. It is truly the age of streaming too as paid streaming services in Europe rose by 29.2% as physical sales and paid downloads plummeted 19.4% and 24.3% respectively.

Germany still sits at respectable 4th place on the world stage but was the only European country to see a decline in revenues (9.9%) as the Germany markets are taking longer to leave a physical-led market.

No surprise the biggest artist of last year of Drake with the One Dance rapper releasing his pointlessly long, abuse the streaming system, double album Scorpion last year.

Remember the week it came out and Spotify’s “impartial” playlisting system splashed his face on every playlist on your homepage?

Your mums favourite Ed Sheeran was third as pop dominated the list with Ariana Grande, Bruno Mars and Lady Gaga all featuring in the Top 10.

Much to the joy of the person who Bryan May buys his hairspray off, Queen were in number 6 as Bohemian Rhapsody no doubt helped propel the great pop act back into people’s ears. Eminem and Imagine Dragons also feature in the Top 10- yeah, I don’t know how either. 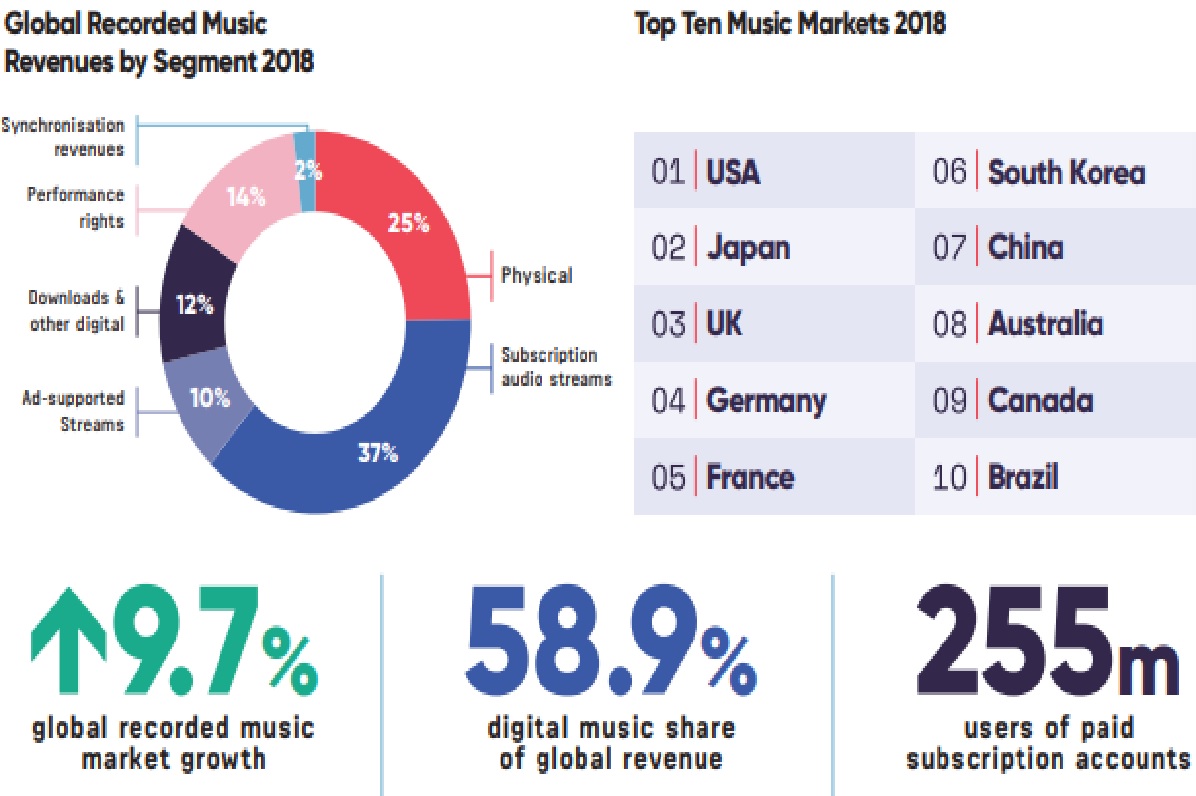 Camilla Cabello’s hot summer bop Havana was the biggest track shifting a mighty 19 million copies as the mum market cemented its influence again with The Greatest Showman soundtrack shifting more copies than any other album at 3.5million worldwide.

As record companies drive investment internationally with innovative tech and partnerships to connect all the music communities of the globe together, massive growth was seen in high-potential markets as they grow into a digital age.

For the fourth successful year, Latin America was the fastest-growing region at 16.8% with Brazil’s market growing 15.4% and Mexico’s 14.7%.

Growth was seen on the other side of the world as Japan’s revenue rose by 3.4% with South Korea up 17.9% too. Japan’s physical market was one of the few to grow in the world with physical revenues growing by 2.3%.

International success was generated greatly from the SE Asian region too as K-Pop’s BTS were the second-largest recording artists in the world.

They secured the second and third highest-selling albums of the year with Love Yourself Answer and Tear selling 2.7 and 2.3 million copies respectively. 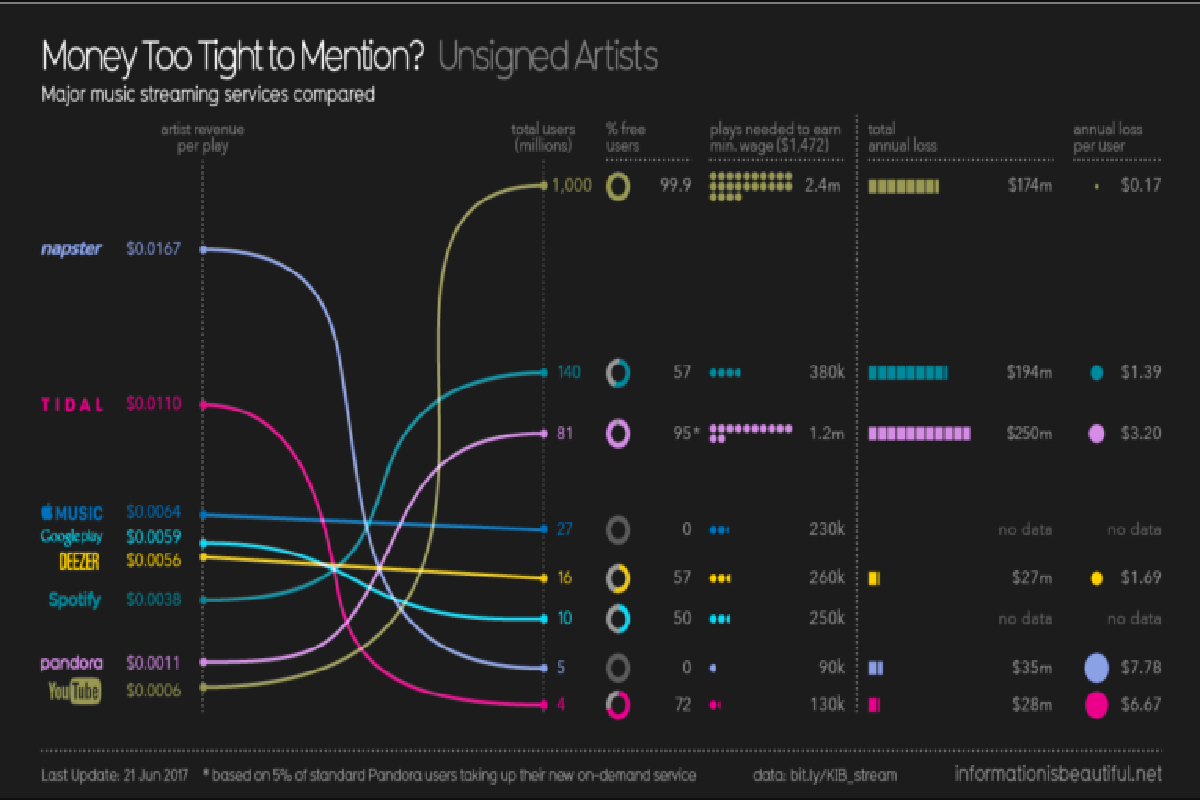 North America’s market is still growing at 14% but ways that people have consumed music in the past year have changed vastly.

Like everywhere else in the world, the USA is a mainly digital market with 74.2% of its listening occurring digitally with 59.4% of that being paid streaming.

However, physical sales of music plummeted at a 22% decrease on last year as the global audience turns to streaming to get its musical fix.

India’s physical market grew by 21.2% but as the country starts developing their own digital music services and companies like Spotify and Deezer are rapidly moving in, it will be interesting to see what the state of play is like next year on the sub-continent

Good news for all you vinylphiles too as vinyl also saw its 13th year of successive growth as the vinyl revival continues to be in full swing with the format up 6% with a 3.6% share of the overall market.

It’s not all as it seems, I think…

Much like other entertainment like films and game, music has since left the ownership model and now only cares for access. As physical sales skyrocket the wrong way and only the committed vinyl fans seem to care about the physicality of music, the industry is into parts unknown. Spotify and Apple Music now own our music collections- we’re not the ones in control anymore.

For a small monthly fee, you can have access to basically all the music in world history with a few clicks- imagine telling yourself that ten years ago as the piles of CDs of random indie bands begin to block to your door. But with Spotify on average paying $0.0084 a stream to artists compared to the few quid an act would make from a CD sale who is really benefiting here?

Artists used to have a clear set of income as from every CD sold they would get a lump sum heading their way. Selling 1000 or so CDs to make a small income is gone, now its all changed into an act needing a track to be streamed 380,000 times on Spotify just to reach minimum wage. There’s more money than ever on offer in the music industry, but I feel until the structuring of payments change only the mega-artists are benefiting from this new “resurgent” music industry. – Getintothis’ Will Whitby