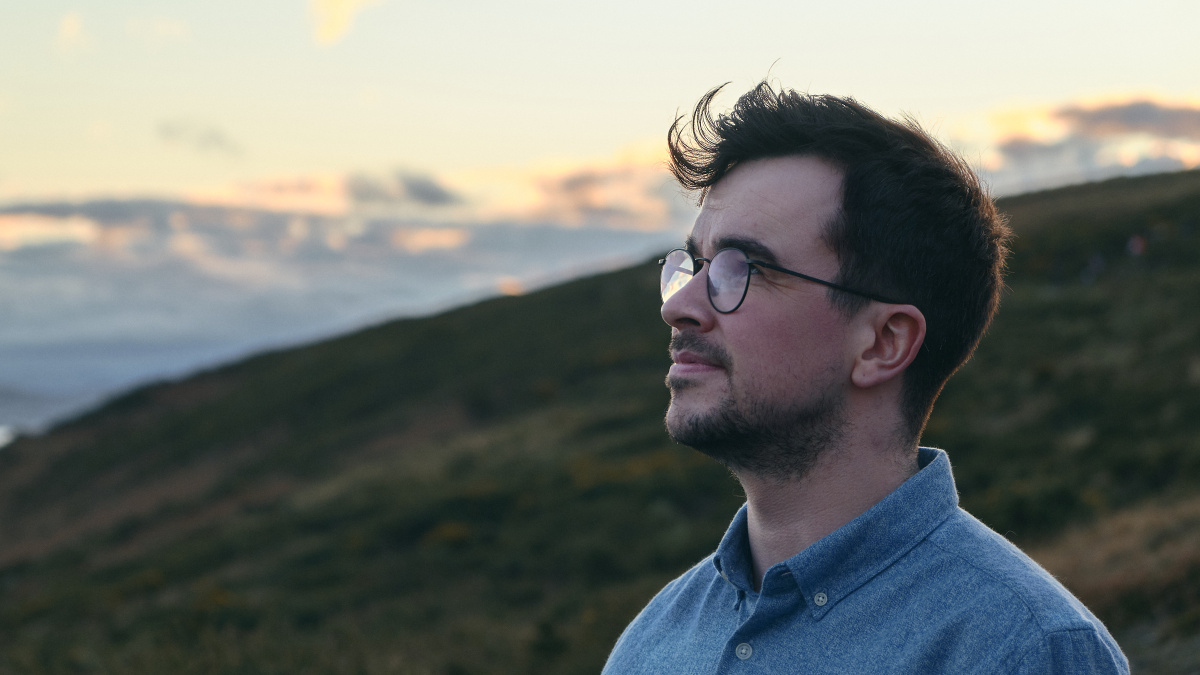 Unknown Pleasures number two hundred and one is brought to you this month via the wonders of a twitter spat, Getintothis’ Chris Flack and Matthew Wood have the story and the tracks.

To suggest we’re starting with a Twitter spat might sound like an unusual introduction so it might also be useful to begin with a brief introduction as to how we got here, reader, it is not a pretty tale.

Twitter user @broccolidoggo came to my attention after a post detailing how she had had an interaction with a magazine, as yet unknown, based on these shores.

She plays in a wonderous little guitar pop band that goes by the name of Pillow Queens, one of the new breed of Dublin bands caught up in the storm with The Murder Capital and Fontaines DC and a host of others.

What caught my attention was the news that in order to get a review of an artist she was working with on her day job, on the still unknown site, she would be charged an administration fee of twenty-five of your Queens pounds.

There would apparently be no quality control just a straight flat fee to get a review into a magazine, which to most readers, and plenty of people I call friends and trusted confidantes, was thought outrageous.

The thread is here and is worth having a look at. As an aside, please do let us know if you are aware of which publication this is, Sarah has been far too kind to name and shame the charlatans.

I’ll quote the tweet in case you can’t be arsed following it;

“If you would like is to review your release… there will be a £25 administration fee to cover the time it takes for at least two of our staff to have several serious listens.”

I don’t know, the message suggests that discovering new music and sharing that with your readership is some kind of unbearable chore, something to be done under the knowledge that there are happier things our there that might be much more interesting than, well, this.

I mean, yes, obviously, there are costs to running a site like this and they will be forever mounting, but asking brand new artists to hoof up £25 for a review?

We do this thing because it inspires us, because we love it, we get the news before everyone else, we get to wrap our ears around new sounds you haven’t heard yet and we even get to decide which of those sounds we share with the world.

But charge a struggling artist trying to have a go for a review?

There are all kinds of moral issues in there that aren’t worth trying to navigate in a piece like this, a piece where we get to share new music with you.

My response to Sarah was one of comradely support, let us help you, we can do that and if we like it we’ll charge you nowt and share the wealth.

That opened up a door to other people on the thread and I left that Twitter conversation with quite a few new bands and new artists popping up in my inbox.

On that news, here are three of the finest new sounds we’ve heard, all making their way to you via the joy of Unknown Pleasures number two hundred and one. 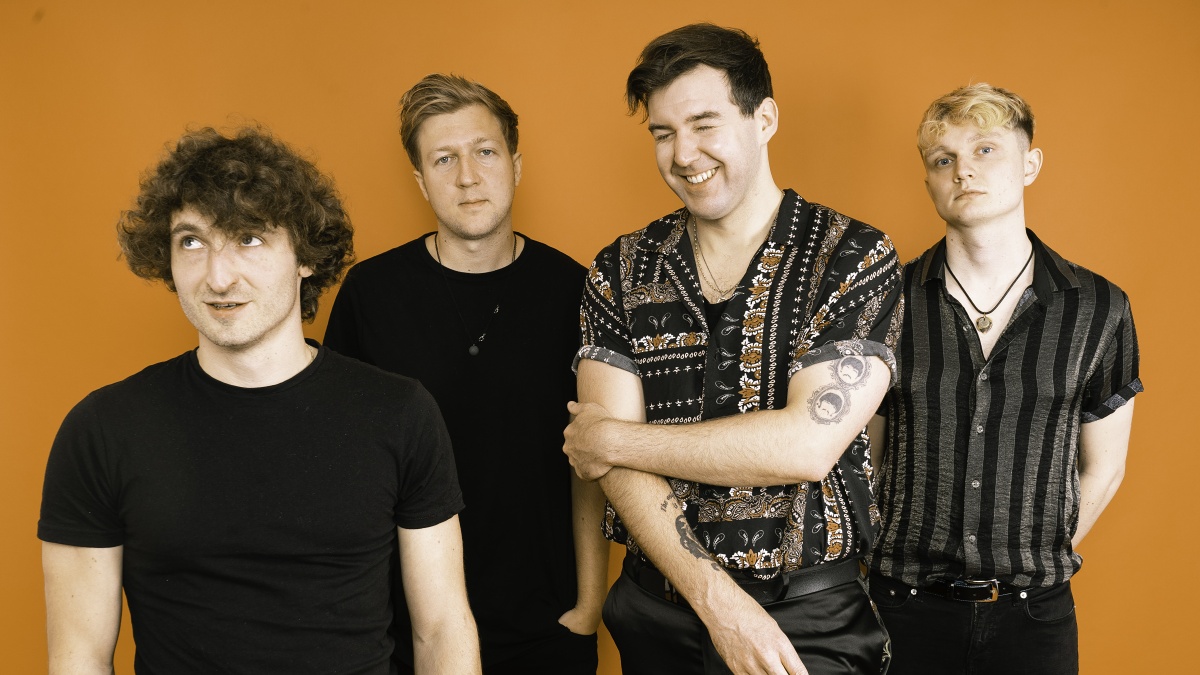 Camens are a proper guitar band and another act that was brought to our attention via that twenty-five quid a review scandal mentioned earlier.

These lads hail from Stoke-on-Trent and in the last year, they’ve bagged support slots with The Futureheads, The Feeling, Scouting For Girls, and The Sherlocks to name a few. Their debut single Boys Will Stray was described by BBC Radio 6’s Gideon Coe as “A Well Recorded Strong Debut” which in and of itself is, well, nice.

They garnered a little more coverage via the joys of Tom Robinson’s Listening Post and the Fresh on the Net team and they’ve had a bit of a boost by BBC Introducing too.

They’ve had a busy birth too, with appearances at Boardmasters, Latitude and Stoke festivals like Your City and the Lymelight festival, all this traipsing around has garnered them a few fans in the shape of Amazing Radio and Steve Lamacq, who gave their single Danny DeVito a couple of run-outs on Radio 6.

The track in question is a punchy, snappy little number, like a cheeky dog hiding behind a door when you least expect it, it comes at you relentlessly, it’s poppy, catchy and carries enough depth to get away with the cheek.

Scott Powell, the bands’ lead singer says this about Handbrake;

“I like to write about moments. Single moments and thoughts that everyone stops and finds themselves in, often more than once in life. Handbrake is about the car times. When you’re old enough to drive but not to drink and you and a girlfriend would spend hours driving around with nowhere to go. Maccies drive through, cigarette stops on a supermarket car park, shuffle on the iPod, just driving and around together because there’s nothing better to do.”

And I think we can all relate to that.

This is the artist where all this malarkey started. The one Sarah was touting to the magazine that tried to rip her off with a review that ‘will be shared with you for comment before publication’ as if that utter nonsense takes the pain out of the fact that you’re paying for a review.

Never the less, when I wrapped my ears around Callums sweet, sweet music I was pretty instantly hooked.

Callum Orr is what you might describe as an alternative folk singer & songwriter from Dublin City.

He might be a bit off-kilter on these pages but if Unknown Pleasures does anything it tries to introduce you to something a little different, and different this is.

Orr cites his influences as Frightened Rabbit and The Shins, he also speaks of Irish folk artists like Declan O’Rourke and Fionn Regan. This is Callum‘s third EP, and yes, we have missed the previous two.

However, the Cathy & Places EP saw the light of day at the end of January, the release was accompanied by a video for lead single You Are A Place I Used To Live and we didn’t miss that.

Callum says this of the EP, “The songs on this EP try to evoke a sense of place. There’s a bidding goodbye to a childhood home, a yearning for Ireland while homesick abroad in North America, and it closes with song germinated whilst standing in front of a painting in the National Gallery”.

He has had a pretty successful launch across the Irish Sea, playing a launch event at beautiful Unitarian Church in Dublin, where he was joined by a 9-piece band and a string quartet, he also brought Derry Citys finest along for the ride in the shape of Conor Mason and Wexford based artist The Man Whom.

Our sources in Dublin tell us it was sublime, as this EP is. It is a gentle, meander through a beautiful vocal and glorious story, all tied together with some of the finest acoustic guitar playing I’ve heard in a while. Sublime.

(An invoice will be prepared for this review in good time) 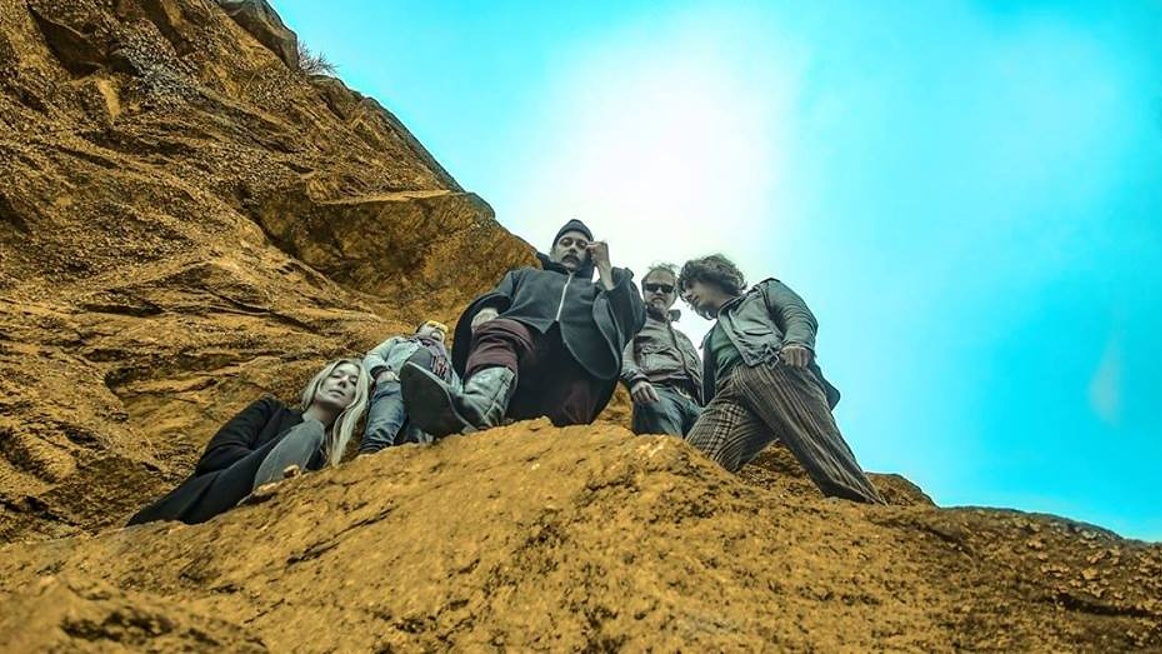 Gothenburg quintet Hollow Ship will release their debut record, Future Remains on April 3rd via PNKSLM Records. One thing is clear from their addicting single, Agent, is that we’re dealing with real guitar maestros here.

The opening lick is irresistibly good, welcomed to the foray by a gut-busting drum fill; the percussive aspects just as tight and vital as the rest, held together by a sturdy, funk-driven bass.

It is one thing having the ability to play just about anything on guitar, but it’s another to use it in a way that isn’t over-indulgent or unnecessary.

In Agent, Hollow Ship exercise their expertise in composition and production, allowing riffs to overlap, conflict and complement one another in a series of fluid, psychedelic vignettes. It feels almost like a highlight reel of their talents, but is in no sense disjointed, only teasing what they could achieve on the full record.

A definite delight for fans of King Gizzard, Khruangbin, and just about anyone who can appreciate the work of extremely skilled guitarists. A UK date would surely be an unmissable treat.