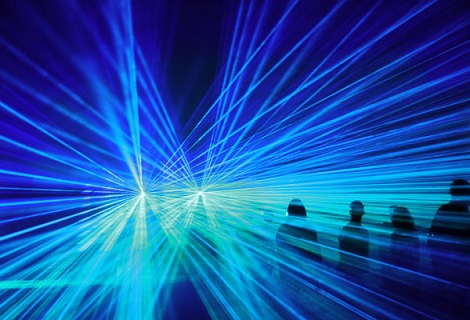 On their most basic and probably oversimplified level, you can consider club nights as made up of two types of audience members: those going to see an artist perform and those looking to get fucked up.
Obviously there is plenty of overlapping, and it’s not as if either has the right to be there any less. But in Liverpool, for a club night to reach stratospheric, £20+ ticket value levels in a city so densely populated by students, they naturally lean further towards the latter, meaning that innovation is sacrificed for consolidation when it comes to lineups.
It’s happening right now. Take Abandon Silence as an example: after three unrivaled years as Liverpool’s best small club night in the intimate Shipping Forecast basement, they made the permanent move to the larger East Village Arts Club; meaning that the pressure to fill these larger spaces had to be offset by more wide reaching, repeated (and therefore risk-free) bookings.

Others, like the Cardiff import Shangri-La, have attempted to dive straight in at the top, with mixed turnouts for the heavyweights like Duke Dumont and Jonas Rathsman. It might be a shame, but at the same time it’s all good booking a DJ with three unlicensed edits on Soundcloud if you have got the patience to watch your core audience develop slowly. And of course, it’s a big ask to expect promoters to barely break even for a year when you understand the work that goes into putting nights like this on.
There is always an expiry date, though, when following this kind of lifespan. And you can argue that when events put on by the likes of Chibuku and Abandon Silence continue to sell out, then everything is all good. And sure, there is room and necessity for these bigger events. But in terms of identity, these aren’t anything close to the nights they were when they first started.
Liverpool’s live electronic music scene continues to progress like russian dolls. Established nights like Abandon Silence and Chibuku don’t so much stagnate as head towards a safer and more mainstream booking schedule, consolidating that area at the top of the market. Meanwhile, smaller nights, with more focused and loyal attendees, form in their ashes.
It’s been this way for years, its just all much faster now. Take new HAUS residents RELEASE, headed by student Callum Wilkinson, who veer towards Liverpool debutants in an attempt to become flag bearers for the exciting and new. Acts like Klose One and Paleman were both greeted warmly by a healthy number on its opening couple of events, proving that there are rewards to be reaped if you trust your audience’s knowledge.

Other smaller, more genre orientated nights are also appearing, like the aptly named analogue-only night Analogue Bubbles, and the grime adhering GO!, founded by Chibuku and Abandon Silence resident DJ Rich Furness. Techno committed upstarts Less Effect have perhaps managed one of the best bookings of the year so far, landing Hessle’s Objekt to unanimous approval for what is only their second ever show at the end of February, suggesting that there are still cult followings to take advantage of for those brave enough to put their faith in them.
Liverpool no longer has to rely on the same couple of club nights, creating a competiveness that means that we can be demanding of our promoters. And with smaller, more versatile venues cropping up over town, like the excellent Kitchen Street Pop Up in the Baltic Triangle, there is now a platform for promoters to book artists based on taste and not just potential ticket sales, and more importantly, to be able to operate under more modest expectations.
Electronic music is one of the most competitive, the most exciting and perhaps even the most discussed cultural movements in the city right now. And if you spoke to anyone living here a few years ago, the fact that we have almost a weekly selection of club nights not just for electronic music, but for smaller sub-genres of electronic music, is a huge – and at one point unthinkable – step forward, evident of a scene holding its own with any outside of London.