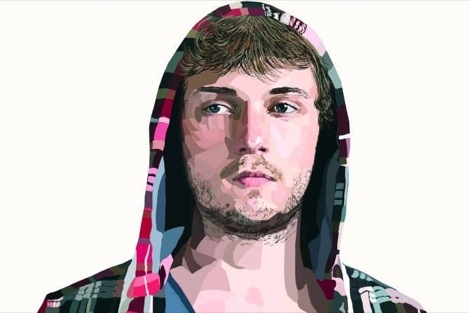 Wondrously numbing, Tiz McNamarahas the ability to serenade a million sinking ships with his soothing vocal flicks and joyously tasteful guitar strokes, invading imaginations with the songwriter’s Irish heritage.
Originally, the 23-year-old ventured into his odyssey as a drummer, however, it was only last year when McNamara made the crucial decision to take full advantage of his exemplary musical aptitude. Within this time alone he has sung with Liverpool legend, Sir Paul McCartney and Take That star, Robbie Williams to name a few.
A year on and the creative magician is on course to top his last with the release of April Fool, a distinguished four-track EP forcing his promising career ahead upon newly awakened eardrums. Ripping into the wrath of raspy alternative, glazing over the folk barrier to rework a worn down pathway many have dared tread yet not succeed.
Each track rejuvenates a sound once forgotten. A pending country vibe ticks over towards the building of a fable, spoken from mother to child throughout a thousand generations giving familiarity a firm nod. Each delicately emotive tracks are a credit to the memory of McNamara‘s brothers and father, providing the faith to carry on through such distinct loss while conceiving an art form of such admirable love and beauty.
Rarely has an EP given off such prominent real love, until greeted with this radiant bestowal; truly mind-altering.