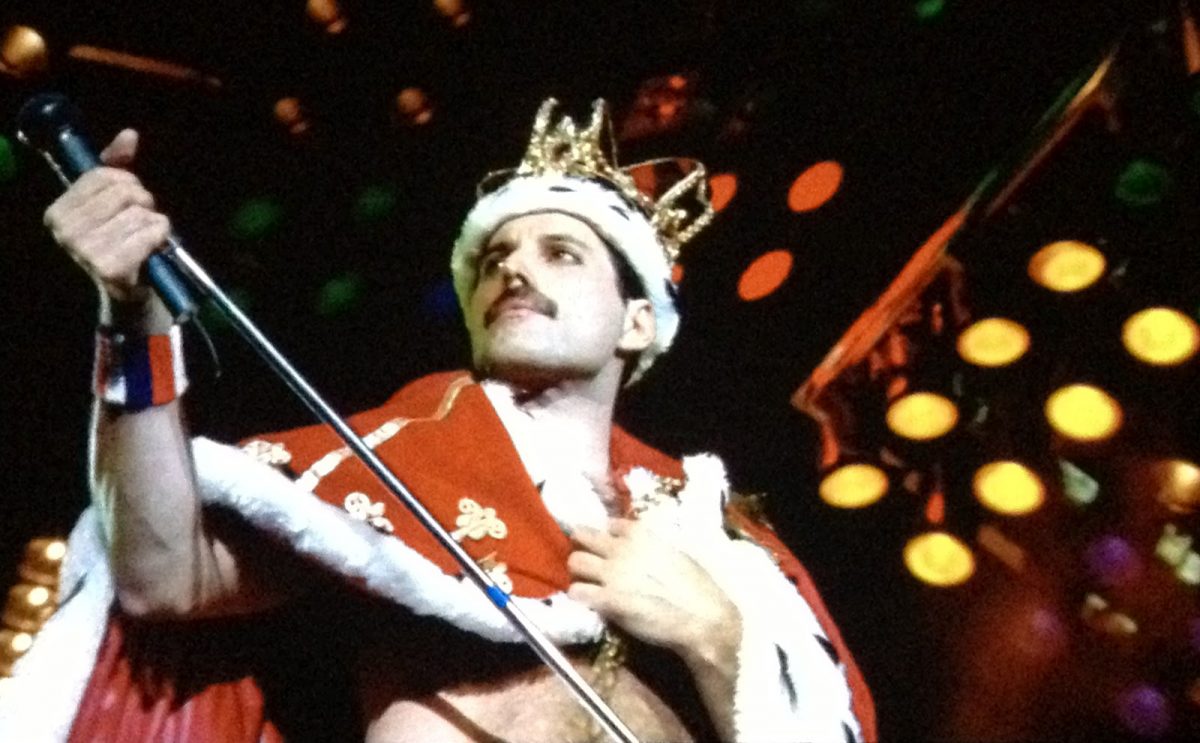 With a little more time on our hands, a few of us have gotten introspective, Getintothis’ Gary Aster ponders the question of how we value music and what makes something truly timeless.

How do we decide if an artist’s work is truly great?

By what criteria do we separate the average from the outstanding?

If you ever find yourself arguing with a mate about which of your favourite bands or artists is better, sooner or later one of you will play the legacy card, “a century from now people will still be listening to X’s music long after Y’s music has been forgotten”, someone will say.

This, it is assumed, will ultimately settle the matter, whoever passes ‘the test of time’ should rightly be considered the best, whatever that means.

Once this line of reasoning has been introduced the argument is effectively over.

The protagonists become like former Chinese Premier Zhou Enlai, who once remarked that it was “too early to say” what the impact of the French Revolution was a mere two centuries later.

What is never questioned, however, is the validity of this measure.

It is widely accepted that Mozart was greater than Salierie because Mozart’s music has endured and ‘passed the test of time’, whereas Salierie is really only remembered by musicologists, and even then, only because he was a contemporary of Mozart.

Guilty until proven innocent: is it time to cancel cancel culture?

In other creative fields, we find evaluations based on similar logic.

But is this really a useful measure by which to assess the relative merits of popular music?

There seems to be a tension here because one of the things that is often valued, even privileged in popular music, is its capacity to encapsulate a particular moment in time.

These songs, and others like them, accurately capture and convey the zeitgeist, picking up on a prevailing wind or direction of travel. Paradoxically, this is part of the reason why we still remember and value them thirty, forty or even 50 years later.

We’ve all heard this album or that artist’s work being praised as a ‘timeless classic’, although arguably, it’s very rarely the case. What’s generally implied by this apparent compliment is that it has somehow transcended its particular historical context and continues to have relevance and value for subsequent generations.

Perhaps it’s thought to hold or express something timeless and universal that rings out anew to successive generations, allowing it to outlast its contemporaries.

The late Mark Hollis of Talk Talk seemed to be keenly aware of this notion of timelessness and consciously strived to achieve it in his later music.

He reasoned that by making music using instruments which had been around for centuries. such as a piano or violin, that this would help him to compose and record music with this particular timeless quality.

Talk Talk deliberately spurned the synthesizers and music tech which characterised their earlier releases, opting for more well-established instruments to record their very best work, and I can see the wisdom of this approach.

Nothing sounds more dated than a pop record that uses the most popular, trending sounds and tones of its time when you hear it back even just a few years later.

However, such timeless music is, according to received wisdom, the exception.

BC Camplight – ‘I want to make the best record ever made’

Pop music should typically and almost exclusively belong to a certain era and shouldn’t seek to transcend it.

When asked about his own songs, Freddie Mercury once dismissively compared them, and by extension pop music more generally, to “Bic razors. You listen to it, like it, discard it then on to the next. Disposable pop”.

As it turns out, Mercury was wrong about the durability of his own songs, but arguably right about pop music more generally.

For many, a song or album that is thought to be too typical of its time might be written off as somehow inferior, forever bound to a particular historical moment, and of diminishing relevance and value the more time passes.

What might a young music fan make of a song like ‘Tricky Dick’ by Country Joe & the Fish, or the many protest songs written contemporaneously with the Vietnam War?

Would they seem like anything other than historical relics, more like songs from the folk tradition than the canon of Western popular music? Perhaps it would be criticised for not having aged well.

These out-of-time critiques often have a distinctly technological aspect which further highlights their peculiarity.

Early acid-house and hip-hop, for example, has often been described as sounding ‘dated’ simply because the equipment used in its production was quickly superseded by later advances in music-making tech.

But this is rather like saying that Citizen Kane isn’t as good as Anchorman: The Legend of Ron Burgundy because it was shot in black and white.

Sounding dated is only a matter of time, whoever the criticism is levelled at.

It’s sobering for me to think that much of the electronic music I first heard as a child or in my early teens, music that at that point seemed so fresh, exciting and futuristic, is now the subject of nostalgic pastiche on the (excellent) Ghost Box label.

To criticise that music as outdated or whatever is to miss the point entirely. Its appeal lies partly in its very datedness; listening to it is like watching a Sci-Fi film from the 1950s with its naïve depiction of an idealised future and the historic moment when we finally reach the moon in the year 2000.

Implied by the criticism that some music sounds dated is the view that music ought to sound current and contemporary. But all that this ultimately results in is a dull, homogenised pop music scene.

I’m sorry, but you are mistaken. There is consistent measurable, quantifiable data, carefully collected by musicologists demonstrating this about the contemporary pop charts.

One study compared almost half a million songs which had appeared on Western pop charts during the period from the late 1950s up to the present decade.

These were all analysed by computers, in order to measure pitch transitions, melodies and harmonies, to you and me, timbral variety, the range and diversity of sounds produced, for example, by different instruments),  dynamic range, such as the variation between louder and quieter parts of a song, rhythmic complexity, and lyrical complexity.

By all of these five measures, chart pop music has become progressively more simplistic, less varied and increasingly homogenised in its pursuit of sounding current and contemporary, the study concluded.

It also found that late 60s pop produced the highest scores when evaluated in this way, giving some support to the much-resisted notion that it was something of a golden era for pop music.

It’s worth emphasising that these are all measurable, quantifiable characteristics of music. In other words, these measurements are a matter of established, objective fact and not mere subjective opinion.

What’s more, the computers were so good at spotting patterns and trends in 21st century chart pop, like the much-derided millennial whoop, that they were even able to identify the particular year that a song appeared in the charts, but revealingly, were much less successful in estimating the dates of 20th century chart pop.

That sort of machine-like, predictable consistency is not indicative of a healthy, flourishing contemporary pop music scene. On the contrary, it indicates an art-less, formulaic and conformist desire to sound exactly like everybody else, because that’s what’s selling at the moment.

When faced with the non-choice between multiple versions of the same fashionable, transitory pop sounds, opting instead to revive or pastiche an older, established sound is arguably the more bold and adventurous thing to do, and to hell with sounding dated.

But championing and, in effect, prioritising the new is almost the default position taken by many who write about music. Consider the extent to which the late John Peel was lauded by music fans for his commitment to discovering and sharing new sounds.

That’s all very commendable of course, but as Bob Dylan pointed out, “there’s more of the old stuff to choose from.” And new doesn’t necessarily equal better.

In our digital age, music lovers have easy access to a bewildering, even overwhelming range and variety of music that previous generations could only dream of.

Given the abundance of historical riches available, it seems odd to restrict one’s choices to new music alone, or to spurn any new music that revives or reminds listeners of the past, and thankfully most of us don’t. But we might be guilty of privileging new music, or writing-off artists whose work wears its retro influences on its sleeve.

Pink Floyd’s Interstellar Overdrive was already 20 years old by the time I first heard it.

Of course, in some ways, it sounded dated to my, then, young ears, particularly in its production. Yet I’d never really heard anything like it before and in that way, it also sounded fresh and exciting. If you’ve never heard an old piece of music before, then it is new to you.

A good-natured argument with a friend about which of our favourite artists’ music would endure the longest and pass ‘the test of time’ prompted my thoughts in this direction. There was a shared assumption between the two of us that whoever that turns out to be would be the superior artist. But on reflection that now seems reductive to me and is basically just an appeal to a kind of populist fallacy.

Elvis, once generally considered to be the “King of Rock n roll”, has been dethroned. His music can no longer be said to have passed the test of time. If you doubt this then look at what has happened to the price of Elvis memorabilia in recent years, and ask yourself when was the last time you met a young Elvis fan?

The self-styled ‘King of Pop’ Michael Jackson’s reputation may never recover from the recent allegations made against him, can we separate his music from the appalling details of his alleged crimes?

The recent spate of radio stations removing his music from their playlists may have done for his legacy and his music may also fail to pass the test of time. But prior to this, only the cloth-eared would deny that it was deservedly placed at or near the very pinnacle of popular music.

But if you think that describing music as sounding “dated” or “of its time” is necessarily a negative, then think again.