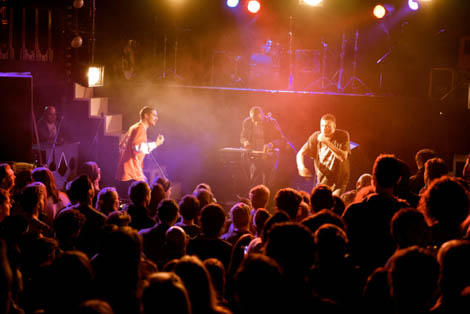 A night of queuing frustration and beautiful songbirds, Getintothis’ Michael Fowler signs off in memorable fashion.

If getting out of bed yesterday was tough then today was our Everest. Takes it out of you these festival larks.
Bird play first in the Anglican Cathedral, Adele Emmas howls with measures of delicacy and sheer power. Cool Stooges style bass and heavy built up guitars. Where Albert Hammond Jr. suffered with the cathedrals reverb, Bird thrived on it, their sound surrounding the old church hall rather than floating away from it.
Hail male dance crews full of grace, the crowd is with you. Between bands at the cathedral we’re treated to Edge Hill University’s All Male Dace troupe, Lovely Ugly. Their piece was genuinely funny and at other times tender and touching, a talented gang of lads that promote young men in the dancing profession, not afraid to take a tumble and man, they can fly. 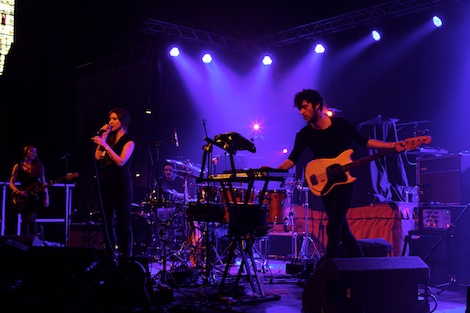 Bird live in the Cathedral
A stripped back and sparse set from Rachael Wright, her soul filled voice resonated through a candle lit Leaf. Everyone remained silent as she told melodic stories of war torn countries and people off in the fringes of a life we’ll never truly know. Aside from that, Rachael Wright’s the coolest looking cat at Sound City. 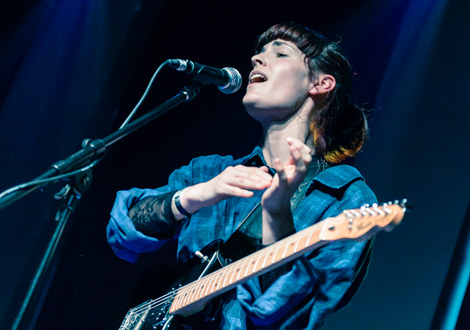