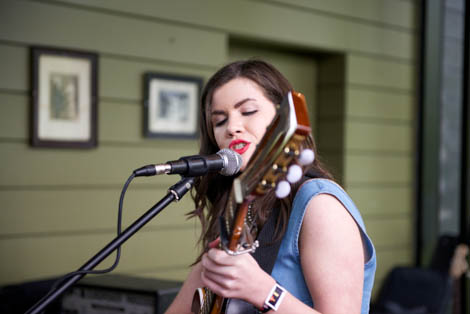 Emerging Liverpool talent was given a chance to shine early doors on Day Three of Liverpool Sound City, Getintothis’ Joel Richards nips up to Tavern on the Green for a slice of the action.

An early start to day three of Liverpool Sound City saw Getintothis take in The Writer’s Club stage at Tavern on the Green.
The afternoon got off to a fine start with Jennifer Vaudrey who appeared unfazed by the fact that she was the opening act. A young artist, she was composed and sang beautifully throughout.
Tenements then followed, a band that were chosen in these very pages as ones to watch at Sound City. The local act lived up to their billing with a style that tipped its hat to the archetypal Liverpool Sound that has served a plethora of bands from this city.
We were soon treated to the bluesy sounds of Benn Helm, with his strong vocals proving to be a delight on a promising Saturday afternoon. Evoking a style that wouldn’t sound out of place on a classic American soul album.
Things gotten even better as Sophie Anderson took to the stage. Her performance belied the fact that she’s only 19 and her distinctive voice was a pleasure to behold. Accompanied by some wonderful guitar work, Sophie‘s the complete package and one worth watching in the future. 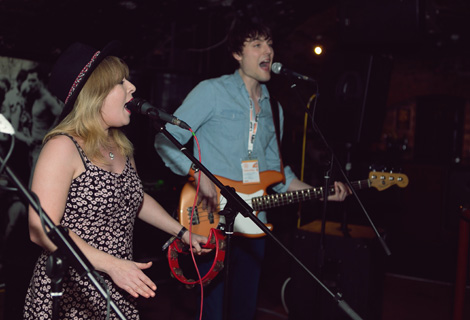